Finally, some good news from Africa. Gorillas are fighting back against poachers in the bloody 'War Against Nature.' 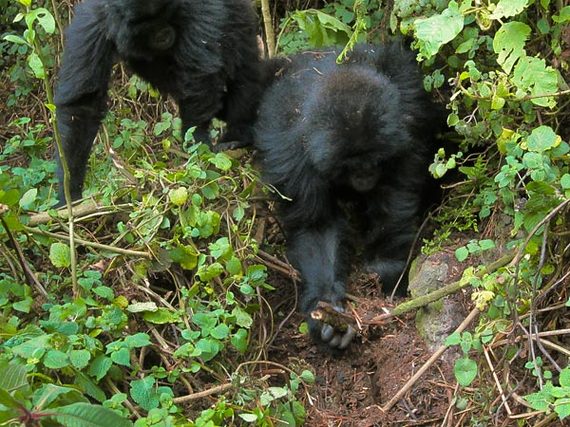 Young gorillas learning to dismantle a poacher's snare in the mountains of Rwanda. Photo credit: nationalgeographic.com

Each year, in the mountains alone, despicable poachers set more than a thousand deadly traps to kill critically endangered gorillas.

Join Earth Dr Reese Halter for another segment of SOS as he explains how three mountain gorillas are fighting back against poachers.


In the mountains of Rwanda, three gorillas sprung into action after witnessing a snare brutally kill an elderly gorilla.

Those three gorillas, two 4-year-olds and a teenager, were later seen disabling a similar snare that had been set to kill them. 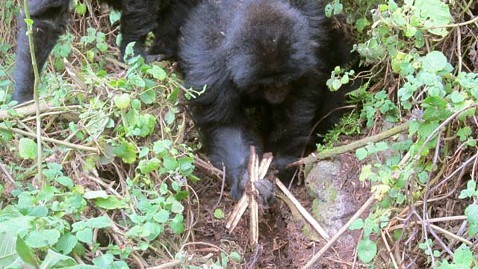 Gorillas are highly intelligent toolmakers. With good handgrips and nimble fingers, they teach themselves how to disarm these deadly traps.

It's heartbreaking to see wretched poachers kill these glorious creatures. Plant-based diets for humans are a logical way to circumvent these needless, cruel and profligate killings. Photo credit: ognocapp.com


Yet, for every gorilla that outwits a poacher, hundreds more across Africa each year die as bush-meat or body parts that are sold to heartless collectors supplying an insatiable demand from Asia.

Gorillas, like chimpanzees, bonobos and orangutans are members of the great apes. The great apes are humans' closet relatives in the Animal Kingdom. 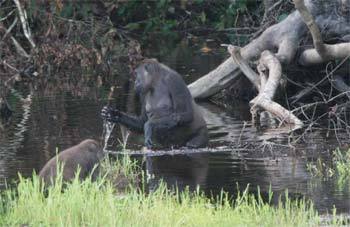 A female gorilla had waded into a pool of water, but quickly found herself waist deep. She went back to the edge of the pool, got a stick and used it to test the depth of the water as she proceeded across the pool. Gorillas, just like humans, use tools. Photo credit: bbc.co.uk


There are four subspecies: eastern lowland, mountain gorilla, western lowland and the Cross River gorilla. All but the western lowland population are critically endangered. Habitat destruction, poachers and climate disruption (especially in the mountains) are adversely impacting these remarkable herbivores. 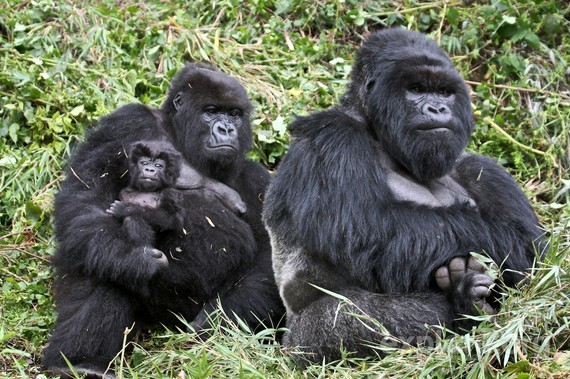 Are you aware that each gorilla has its own unique noseprint? Photo credit: spirit-animals.com

Gorillas and humans share as much as 99 percent of the same DNA. It should come as no surprise that gorillas are excellent primitive engineers, learning to foil bloodthirsty poachers. 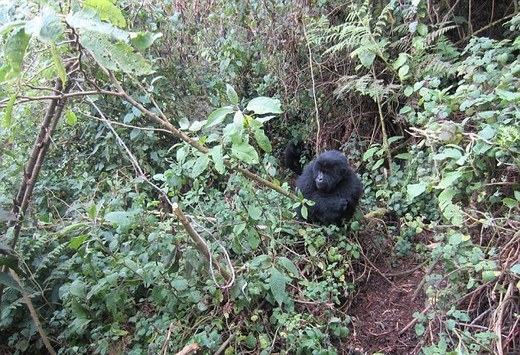 A trio of critically endangered mountain gorillas in Rwanda have decided to take it upon themselves to save their subspecies by fighting back against human scourge. Photo credit: dogonews.com

Did you know that each gorilla, just like each human, has its own unique fingerprint? 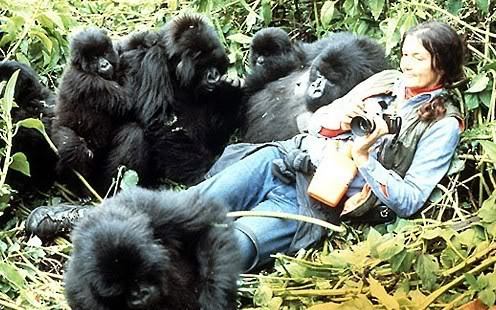 Dian Fossey was a Californian zoologist best known for researching the critically endangered gorillas of the Rwandan mountain forest from the 1960s to the '80s, and for her mysterious murder. Fossey told her story in the book Gorillas in the Mist (1983), which was later adapted for a film starring Sigourney Weaver. Photo credit: tv5.org 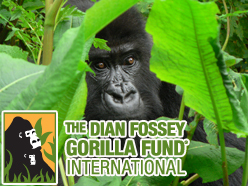 Save the silverback mountain gorillas!