April is here, along with some unseasonably warm and beautiful weather, and that means it's time for our "...Got Art?" blog to encourage you to get out and enjoy a fresh collection of shows and events this month. Of course, this is just a small sampling of the many amazing things going on here in Chicago. Head out, see some art and then let me know what you think. Let's get the conversation flowing! 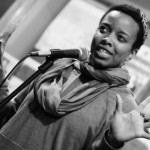 Did you know that Chicago is the birthplace of the slam poetry movement? If you missed slam poetry founder and Chicago Slam Works Board President, Marc Smith at the most recent Fear No ART presents The Dinner Party, you can catch the Chicago Slam Works inaugural season, which bega on April 3 with Two Sides. Directed by CSW Artistic Director J. W. Basilo, Two Sides will pair poets with storytellers to tell "their true, poignant and sometimes hilarious stories." Featured poets include Dan "Sully" Sullivan, Jamila Woods, Kristiana Rae Colon, Reggie Eldridge, Shelley Geiszler Randall and Molly Meacham. Storytellers include Samantha Irby, Shannon Cason, Scott Whitehair, Bill Hillmann, Cara Brigandi and Janna Sobel. As an added bonus, patrons will be able to purchase a "Slam Pass" that includes passes to the other CSW season shows, Dead or Alive and In Any Tongue, and a performance of the Uptown Poetry Slam as well as the Encyclopedia Show. Marc Smith has stated, "Through this subscription series, it is our goal for performance poetry to establish a toehold in the 'legit' theater domain, setting the pace for others to follow until high level professional performance poetry productions are commonplace throughout the country." Be a part of slam poetry history! 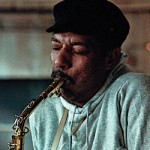 I have been waiting for almost a year to see Stony Island on the big screen. On April 4th and 5th, in promotional anticipation of its digitally re-mastered re-release on DVD April 24, director Andrew Davis' Stony Island will "return home" to Chicago and play at the Gene Siskel Film Center. Set on the south side of Chicago, the film highlights our city's rich musical character through the story of Richie Bloom (Richie Davis), the only white kid on his south side block, who decides to put together an R&B band. With nothing but guts and determination, a super-funk group comes together for their chance to make it big. Starring some incredible talents, such as Dennis Franz (who got his film debut on Stony Island), and the legendary Sax player Gene Barge, Stony Island captures the grit and essence of how music brings people together and stresses the historical importance of Chicago's musical south side. If you don't believe me that this film is a must-see, just ask Quincy Jones. "Music makes us all one and Stony Island is a testament to music being the world's common language. This timeless movie is filled with bit-time heart and soul." Quincy got it right! Note that Mr. Davis will be at the theater on both April 4th and 5th for a Q&A. See you there! 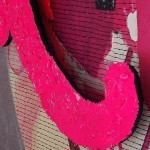 As someone who has gone behind the scenes in studios with all sorts of artists, I can tell you it's always a fascinating and rewarding experience. Connie Noyes will be opening her studio to celebrate the successful launch of the social media platform for her project IN THE PINK: the 1,000,000 people art project. Per Ms. Noyes, the IN THE PINK project draws attention and awareness to socio-cultural, historic, trans-national, economic, political, creative, generational, gender and spiritual issues based on cultural and/or personal connections to the color pink to create a global community of art and dialogue. Noyes envisions pink as a universal thread, stating, "Shades of pink are the color we share. It's the internal color of muscles and organs unconcerned with external racial, class, gender or spiritual differences." Noyes will be showing her own work as well as work from Chicago artists. The celebration takes place at Noyes Studio, 629 W Cermak, Studio 304 in Pilsen on Thursday, April 5, 2012 from 6 - 10 p.m. 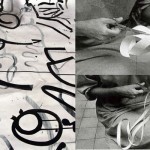 If you're looking for something new to do on a Saturday night, why not take in some performance art? Kasia Kay Gallery will be hosting Katherine Desjardins' Solo Project: A Provisional Proposition, on Saturday April 7, from 5 to 7 p.m. A trio of meat packers will be "processing" a 100-foot drawing by Desjardins to create "a site-specific drawing/performance at the intersection of art, meat and commerce." Desjardins has described A Provisional Proposition as "in part, a tribute to Brazilian conceptual artist, Lydia Clark's (1920-1988) Caminhando piece." In addition to the performance, light refreshments and "processed drawings" will be served. 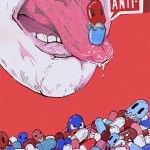 Chances are if you've ever been to an art show in your life, you've heard someone utter the phrase, "I can do that" at least once, if not more. Well, independent curator Jenny Lam is inviting those in the "I can do that" crowd an opportunity to back up their words in her aptly named "I CAN DO THAT exhibition. The show features artwork across all media by more than 40 artists, both local and from around the world, and breaks all the rules you've ever learned regarding art. Here you can touch it, change it, destroy it, perfect it. Supplies and blank canvases will be provided for visitors to recreate the work they see or actually "improve" it as they see fit. I CAN DO THAT will be up at Variable Space, 1564 N. Damen Avenue, with an opening reception on April 13 from 7 to 10 p.m. This is a rare show and I can't wait to see what comes out of it! 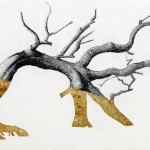 The Thomas Masters Gallery is home to beautiful work by incredibly talented artists, such as Dinner Party alum Jon Langford. Opening this month, the gallery will be featuring Michael O'Briant's latest collection of work, Presence of Nature. O'Briant draws on a love of nature and ancient symbols, as well as a fascination with the gold paint seen in illuminated manuscripts and medieval art, to create ethereal paintings that combine abstract forest scenes with layers of oxidized gold leaf. The gallery, located at 245 W. North Avenue, will host an opening reception on April 13th from 6 to 9 p.m. I will be here for sure! 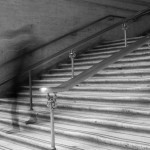 Who says art and science don't mix? Water Street Studios in Batavia has put together an innovative collaborative art show that explores the artistic potential of energy. Energy will be shown across three venues, Water Street Studios, the Fermilab Art Gallery and The Gallery at Allen+Pepa Architects, with each venue exploring a different form of energy. Fermilab will showcase work inspired by potential energy, the energy stored in a body or system, with an opening reception at 5 p.m. on April 13. Water Street Studios will present work referencing kinetic energy, the energy possessed by an object due to its motion, with an opening reception at 7 p.m. on April 20. The Gallery at Allen+Pepa will feature work related to mechanical energy, the sum of potential and kinetic energy present in the components of a mechanical system, with an opening reception at their new offices in Aurora at 121 W. Benton at 5 p.m. on April 27. When creative energies combine, beautiful things happen. 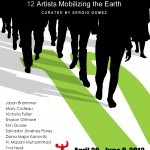 If you haven't been to the Zhou B Art Center yet, make this the month that you finally visit. Not only does the center host monthly open studios and galleries as part of the Bridgeport neighborhood's Third Fridays Art Walk, this month it will also be home to Chicago's Twelve, an exhibition that brings together 12 local artists who are "Mobilizing the Earth," the focus of World Earth Day this year. Through their work, artists Jason Brammer, Mary Croteau, Victoria Fuller, Sharon Gilmore, Kim Guare, Salvador Jimenez Flores, Dana Major Kanovitz, N. Masani Muhammad, Yva Neal, Connie Noyes, Alfonso Piloto-Nieves, and Vivian Visser "call into question not only our present relationship with our world, but also the possibility of its sustainable future." An opening reception will be held at the center on April 20, from 7 to 10 p.m. 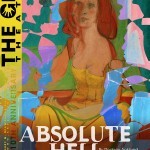 I will never stop being impressed with the amazing quality of theater we have here in Chicago. This month, The Gift Theatre Company presents the U.S. premiere of Rodney Ackland's Absolute Hell, a show Chicago Tribune theatre critic Chris Jones has praised as being "one of those eminently worthy, only-in-Chicago, ensemble-is-everything nights." Set in post World War II London, Absolute Hell tells the story of "bohemian lovers, losers, soldiers, and dreamers who prepare to repair both country and self." Directed by Sheldon Patinkin, who heads up a powerful ensemble cast, Absolute Hell is a Jeff-recommended performance that is sure to win you over. Shows are offered Thursdays and Fridays at 7:30 p.m., and Sundays at 2:00 and 7:30 p.m. through April 29. 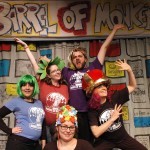 Arts education is so vital to encouraging and developing the creativity that fuels the arts scene here in Chicago. That's why the work from Barrel of Monkeys, a team of actor-educators, is so incredible. They host creative writing workshops in Chicago's public schools, and adapt those stories into performances for both the school and the public. Come see what Barrel of Monkeys is all about by attending one of the weekly performances of their long-running variety show, That's Weird, Grandma Sundays at 2 p.m. at the Neo-Futurarium, 5153 N. Ashland. Christopher Piatt of the Chicago Reader claims, "This group is funnier than anything at Second City, more genuinely creative than anything at Lookingglass, and does more good than all the other nonprofit theaters in town put together." Have some fun while supporting the next generation of Chicago creatives!

What art are you planning to see this month? As always, let me know what you great art you saw and what just didn't work. Let's get the art conversation flowing on Twitter @FearNoArtChgo and Facebook. Looking forward to it!