This is the fifth of a five-part, weekly series celebrating Earth Day.

How do we know the difference between head-in-the-sand hope and eyes-wide-open hope? One is a killer; the other, a life-giver. 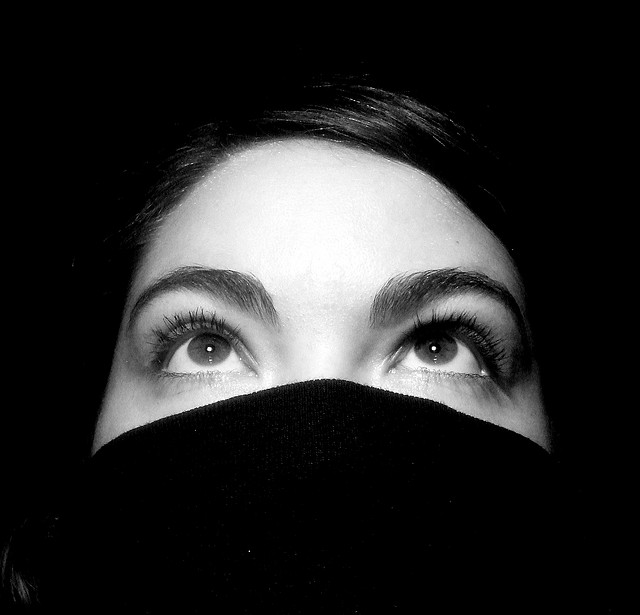 First, it helps to ask, what is hope?

Some of my Buddhist buddies pooh-pooh the whole idea of hope. Hope keeps us from experiencing this moment, they tell me. It feeds our yearning for some future one. Hope is rooted in desire, even craving -- and aren't they the root of suffering?

For me, hope is about something else. It doesn't keep me in a future world. It helps me love this one. Hope isn't a sunny attitude, and it certainly isn't a calculation that something will get better. It is a stance toward life. And, Harvard Medical School's Srinivasan S. Pillay beautifully captures what I mean: "Hope is not an answer," he writes; but because it stimulates the imagination, "hope helps us to pose the right questions." As I explore in a companion blog, fear often triggers the wrong questions. Pillay likens hope to a scientist's hypothesis. "It provides a way of moving through the world."

He adds that, "because hope seems to travel in the same dungeons [parts of the brain] as fear, it might be a good soldier to employ if we want to meet fear."

I live in Boston, and in this moment our whole, beautiful city seems to be listening to his truth -- using love to block fear.

So, for me, "hope" has nothing to do with wishful thinking; it is a stance toward life we can choose and actively cultivate. It relies on a special type of humility that flows from what I love to call an eco-mind. Thinking like an ecosystem, we see that the nature of reality is that all elements are shaping all other elements moment to moment.

And that means that nothing -- including you or me -- is stuck.

In a universe in which everything is connected and ever-changing precise predictions are, well, impossible. Yes, we do know now that we've spiked the atmosphere with so much carbon that a hotter planet and less stable climate are unavoidable. We know little, though, about how humans will ultimately respond to these unprecedented changes.

Given the reality of connectedness, there's one thing we do know with absolute certainty: The only choice we don't have is whether to change the world. We change it with every act. Our only choice is whether the act moves us toward the world we want... or not.

Thinking like an ecosystem also brings awareness that we humans are like every other organism and element in the universe, shaped by the forces around us: Context is all. And for human beings, the most powerful aspect of our "context," making us who we are, is each other.

Right there is a big clue about how to change ourselves and thus "the world." Probably unique among species, we humans can consciously choose our context -- arrange it to shape us the way we want to be shaped.

So if we want to make a positive impact in our beleaguered world and know we need guts to step up, here's what we do. We bring people into our lives who are stepping outside their comfort zones. We'll become more like them -- we can't help it.

And recent findings in neuroscience suggest that in this process we have more power than we'd ever imagined -- both to gain and to give. When we are merely observing another's actions, it turns out that so-called mirror neurons in our brains fire as if we were actually performing the observed actions ourselves. Now that's influence!

So we have science behind what humans have long intuited. In southern Africa, the concept of ubuntu, meaning "I am because we are," originating in the Bantu languages, suggests both a worldview and a way of being with others.

And the power of companions to fortify us -- keeping us in the stance of hope -- is suggested by a simple experiment in 2008 at the University of Virginia. Students with weighted back-packs were put at the foot of a hill and asked to estimate how steep it was. Some subjects stood next to friends; others stood alone. Students with friends next to them estimated the hill to be less steep than did those standing by themselves, and the longer a friend was known, the less steep the hill appeared. Buddies matter. With friends by our side, challenges that drain hope look less daunting. Knowing this, we can actively seek out those who share our passion and encourage us to risk for what we believe in.

Think about it, if we don't experience ourselves changing, how in the world could we imagine "the world" to change?

Above, I claimed that a kind of humility is required for eyes-wide-open hope. Here's what I mean. If change, expressed through countless influences, is what happens in an ecosystem, then living with an eco-mind means being ever ready for surprises: Knowing that we just can't know.

To stay in that frame, my trick is to carry around a mental list of big surprises -- changes I wouldn't have given much chance of ever happening. Then, regularly I review my "surprises list," I have to admit to myself that, well, I could be wrong to dismiss something as impossible the next time around.

It is humbling. But it's a hopeful humility that's growing in me. One item on my "surprises" list?

Aware that each year forested land the size of Costa Rica is destroyed, the UN's Plant for the Planet campaign set a global goal of planting 1 billion trees a year, starting in 2007. My response? I was sure it was way too ambitious; I wished them the best, and went on with my life. But, was I off!

If the UNEP had met its goal, we would now be at 7 billion. But guess what? The campaign has surpassed 12 billion -- that's nearly two trees for every person on earth.

In other words, with an eco-mind, it's not possible to know what's possible. And that's where honest hope lives, in the uncertainty in which there is only one certainty: That what we do, however big, however small, ripples forth in ways we'll never know. And, unbeknownst to us, one may even create a cascade.

So we are free, free -- unapologetically and eyes wide open -- to go for the world we want.