"Son, your mother has cancer."

I looked up at my father from his bed. His face had an uneasy look to it but there were more important things to worry about. At 12 years old, all I cared about was catching Pokemon on my purple Nintendo GameBoy Advance. Pokemon is a role-playing game where the player catches and trains Pokemon "pets." Along the path, many wild Pokemon would hide in tall grass waiting to ambush the player. It took my mind off the news about my mother. This was the start of a distraction. I needed to catch 'em all.

The next morning in math class, Mrs. Susan was reviewing basic algebra, but it went right past me. A larger problem was circulating in my head. What was her probability for survival? Was she going to die? If she did, how will things change? I couldn't figure it out, and it bothered me. Death wasn't even in my vocabulary.

"Okay class, make sure you do the even problems on Chapter 7."

The bell rung. And it hit me. I slowly rose up slightly slower than the rest of the class as they rushed out for third period. My eyes started watering as I walked and all the emotions gushed out from the core of my body. My breathing became irregular and I was speechless.

"What's wrong?" an alarmed Mrs. Susan asked as she locked the doors preventing the next set of students from coming in.

"My mother has cancer."

It's not my story alone. It is shared by many young people who have loved one suffering from cancer.

Cancer affects not only the patient but the family, too, particularly children. Parents is the answer to all our childhood problems. We often forget that they, too, are human. 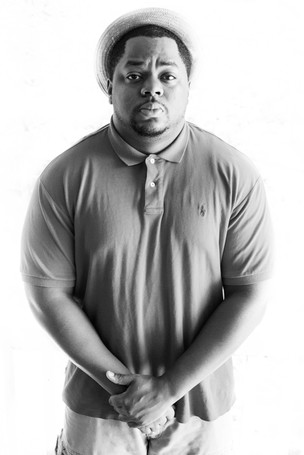 Tyler Carter 24, a former journalism graduate student at the University of Mississippi from Jackson, Mississippi:

When he came home at night and he told us that his physical work had protein in his urine. I was like "What does that mean?" That was different. Ive never heard anything like that. So he told us that it could possibly be cancer. That was devastating like even just thinking about it could possibly be cancer. I guess you always think that it can't happen to you. And even back then he wasn't diagnosed right then, it was just a potential that he may possibly have it. But even just knowing, it struck me the wrong way.

I remember I left the house and then I went up a street in a park and I shot basketball for a while. And it was night time. I just had to leave the house so I could clear my head. I just went up there and just shot, and he followed me probably like 20 minutes later and he came up there and he shot around with me for a minute and told me that it's going to be alright and that everything will be okay.

I remember it was my senior year of my undergrad and I missed class that day to take him to the doctor. You know the doctor came in and he was frank and cordial and everything. He came out and told him, "You have cancer."

So I started asking the doctor questions. "What's the prognosis and what's the likelihood that he can fight it and beat it?" The doctor told me that it was a rare form of cancer. Then he told us that it was incurable. So that was just a nail in the coffin. I was just like "Damn."

He hugged me before he went back to work and he just told me to have a good day and everything is going to be alright, once again, reassuring, being strong.

"I got in the shower because I had already missed class and I boo hoo-ed. I cried."

When a parent has cancer, the child's support system is threatened. The parent with cancer often leaves the house for treatment or becomes too tired to be the parent they once were. The child find new outlets to fill the gap. 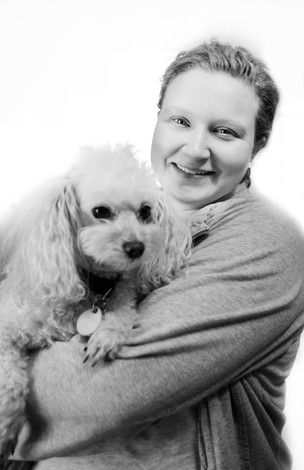 At first I wasn't worried about it, but my mom was immediately diagnosed with serious breast cancer. At that point, I just kind of blocked it out, and my middle sister, she's a lot more emotional and she was really upset. My younger sister didn't know what to think and how to process it. I just kind of blocked it out. I just didn't know how to handle it. I was just thinking about if I lost my mom right now, I didn't want to think about it.

I got a full-time job and I was starting school full time and I was just busy, busy, busy all the time. She went to M.D. Anderson in Texas and she had to stay there for like a year and a half, and she came back periodically to visit and rest and see everybody. And I would come back to that and I didn't like seeing how she changed physically. She was bald and skinny all the time. I stayed busy and completely changed everything. I was nursing and I changed to fashion and had a job in Macy's. I worked every day. I was off maybe one day a week.

When I did get off work it was when it would just all come crashing down on me. I had an apartment off Beale Street in Memphis and I would just sit in my apartment with my dogs and cry on the balcony and chain smoke. And then I would cry it out and go to bed. Then do it again the next day.

"She was such a strong person in my life and I was afraid she was going to be gone. I felt like I needed somebody to take her place. I made impulsive decisions to marry somebody that turned out to be abusive."

So seven years later, here I am starting my life over. I made a lot of impulsive, bad decisions. I didn't' really do anything in anticipation of her dying like "I want you to be here for this." I think it was a way of distracting myself of what she was going through and thinking about it was marriage and moving and doing all that stuff.

Throughout these hard times, the children's views change. Some realize that distractions aren't necessarily the way to cope with it. Some find out sooner than others, and it affects their path in life. 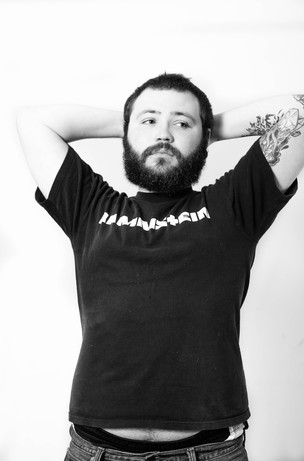 Austin Miller, 22, former student at Northwest Community College majoring in Computer Science, is a junior at the University of Mississippi from Bruce, Mississippi:

I didn't really have an extreme amount of supporting figures going through all of this and I've always looked up to my mother. She's raised me as a single parent. I've always had a lot of respect for her work ethic. I've just seen it. Her life improved drastically from this experience. A lot of it stems from coming to the realization that we're going to die at some point, that we can't do anything about it. She has the attitude of doing as much good while you're here.

Any kind of distraction I can get. Friends or even if it's just hanging out. The distraction of not having to think of it definitely helped a lot but then you have the realization that it's actually not helping except your own personal sanity.

"I'm just now getting into the phase where I'm realizing that I need to be more supporting rather than distracting myself with these things."

That's why I help her with her business in her store as much as I can. After her surgery, she can't lift anything heavy over 10 pounds. She works with antique furniture so I'm there as much as I can to help her.

It's definitely changed my ambition for life and outlook on life. It helped me appreciate my local community more and giving more. Mississippi gets a bad reputation so I'm eager to leave and explore new places, but she's always had an attitude of staying here and staying here as much as possible. I've learned to appreciate that more and I take inspiration from it and having a positive attitude toward people and being able to help people. Anything small, just a hat to a person, anything. Any kind of way my mother can help someone, she's going to. She's taught me that that's the lifestyle that I want to live.

There's no way you can be the same person. 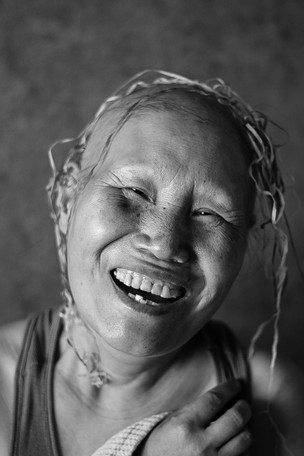 After 10 years of remission, my mother was again diagnosed with multiple myeloma, cancer cells accumulating in the bone marrow. The doctors were in shock of the rate cancer cells were multiplying in her bones. The doctor told her it was incurable but manageable.

That was 2012, and she has managed for three years now. The thought of losing a parent is daunting, and I am guilty of ignoring the reality. I have now come to the realization, like the others in this story, that staying busy and distracting yourself is not the way to deal with it.

I'm still searching for lost memories of before and during the cancer times. Like the Pokemon hiding in the tall grass, my memories run away from me as I search to reconcile the pain.