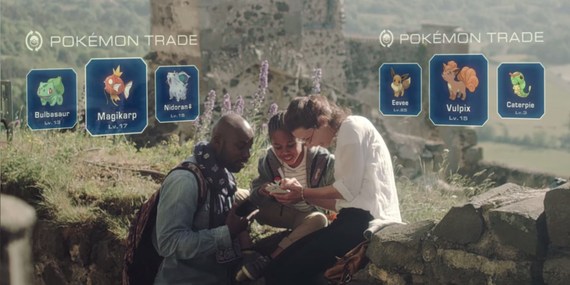 A few days ago, I wrote an article titled The 5 Apps Every Entrepreneur Needs in 2016. In it, I mentioned Pingboard, Evernote and a host of other apps that can help take the pressure of a business owner's mind. Noticing the popularity of app-related articles, I decided to follow up with a series of listicles where I talked about political apps, social apps and finally, musical apps. However, I never had a chance to review the most sensational app of the season, Pokemon Go. After overtaking big-time toppers like Pandora, Twitter and Netflix in terms of daily usage, Pokemon Go is now close to surpassing even Whatsapp, and can soon turn into the most popular Android application in the history of app-making. When a certain endeavor exceeds expectations in this fashion, it is bound to be shrouded by controversy and doubt, even if it is a harmless augmented reality video game. The same is true for Pokemon Go.

In the mere 30 days that this latest AR game has been out for the public, it has been blamed for car accidents, hiking incidents, trespassing, vandalism and even foul play. There is at least one reported incidents where lowlifes where making use of Pokemon Go to lure people into their "lair" by using a PokeStop as their scene of crime. Most recently, there was even reports of three teenagers from Ohio who happened to stumble into a Nuclear Power Plant chasing after Pokemon. It doesn't stop there. Distracted driving, jaywalking, wandering off into criminally dangerous areas only to get robbed and breaking into people's property, everything short of a confirmed death has been reported in relation to this game. But how can a harmless casual game lead to so much catastrophe? Sure, it is addictive as hell, but so is Candy Crush Saga! Can a completely non-violent mobile game be asked to take the fall for all this nuisance?

Addictions are a growing concern in today's society. Meth, cocaine and other obvious agents are no longer primary, people are getting addicted to about everything. No wonder, concern leads to panic, and panic to hysteria. There have been a million lawsuits where  so-called "victims"have sued video game companies for their and their family members' own irresponsibility. Almost every single time, these ridiculous lawsuits were thrown away immediately. It is understandable what makes video game companies such easy targets to blame. They have deep pockets, and are hated my almost always despised by conservative old men who would rather have us play checkers at home. A glance at the Fox News's comment section will show you exactly what I mean - conservatives ranting about how the world has changed, with slogans ranging from "Death to Millennials!" to "Go Darwin! Let's Kill 'Ém All! Pokemon Go is the next thing to blame after selfies and Slenderman. How long before we admit that it is not the software, but the people who use them who are to blame?

Ask yourself this question: if you were hit by a drunken driver come morning, would it be more appropriate for you to sue the driver or the brand of alcohol he consumed before going berserk on the streets? Sure, some countries ban alcohol altogether to prevent this kind of illegality, but those are far from free societies. Video games are an even more mild and harmless concern, hardly eligible for a countrywide ban. When you get hit by a drunken driver, you blame the person on wheels. When an irresponsible car-owner bumps into you while playing Pokemon Go, shouldn't you be doing the same? This website seems to agree. Perhaps Niantic is somehow to blame at least in part for these incidents. Perhaps it should have taken exceeding precautions to ensure that private property and busy highways don't turn into Pokemon hotspots, but we certainly cannot blame them if an imbecilic idiot decides to barge into someone's house in search for Mew. What are your thoughts?