SEDRUN, Switzerland (AP) - Swiss engineers smashed through the last stretch of rock Friday to create the world's longest tunnel, sparking a national groundswell of elation over a costly, technically difficult project that has been 60 years in the making. (Scroll down for photos)

Trumpets sounded, cheers reverberated and even burly workers wiped away tears as foreman Eduard Baer lifted a statue of Saint Barbara -- the patron saint of miners -- through a small hole in the enormous drilling machine thousands of feet (meters) underground in central Switzerland.

At that moment, a 35.4-mile (57-kilometer) tunnel was born, and the Alpine nation reclaimed the record from Japan's Seikan Tunnel. Television stations across Europe showed the event live.

"This is the most wonderful moment in my 36 years of tunnel building," Baer said as he paused for breath, surrounded by joyous colleagues in hardhats and bright orange work gear, VIPs and news cameras.

The new Gotthard Base Tunnel is seen as an important milestone in the creation of a high-speed transportation network connecting all corners of Europe. 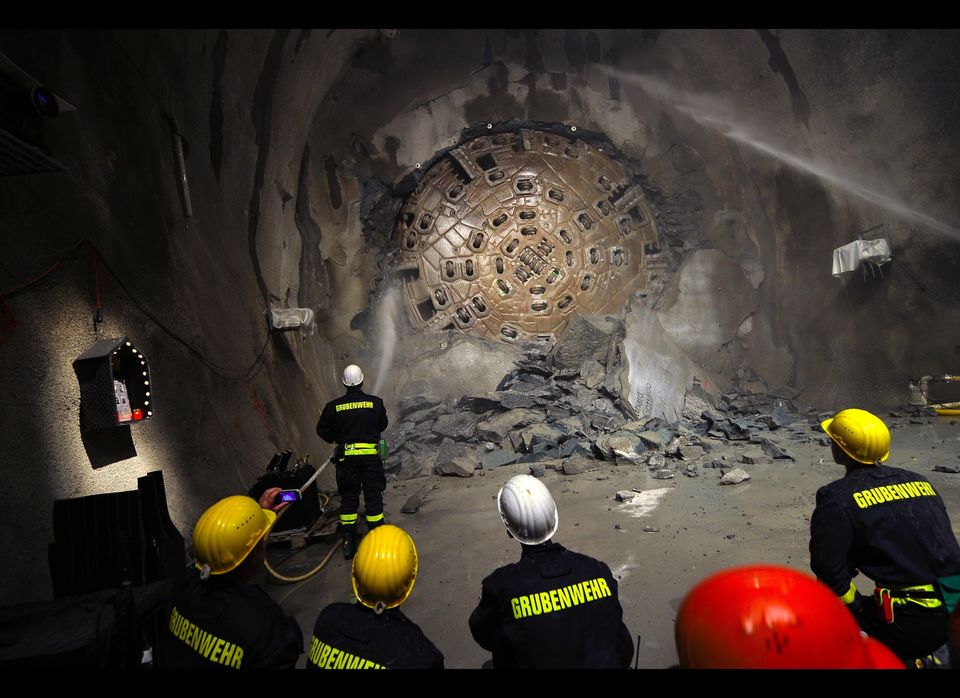 1 / 12
A giant drilling machine, nicknamed 'Sissi,' drills through the last bit of rock as miners look on.
Getty