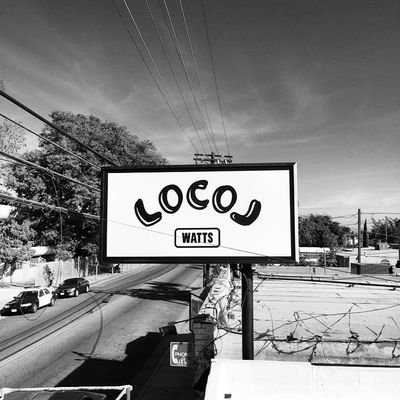 Jesus, full of the Holy Spirit, returned from the Jordan and was led by the Spirit in the wilderness, where for forty days he was tempted by the devil. He ate nothing at all during those days, and when they were over, he was famished. The devil said to him, "If you are the Son of God, command this stone to become a loaf of bread." Jesus answered him, "It is written, 'One does not live by bread alone.'" Luke 4:1-4 NRSV

The first of Jesus's temptations in the wilderness is often seen as Jesus overcoming sins of the flesh. Jesus has mastery over his body, and we should all be strong like that and not give in to our fleshly desires, right? But the text clearly states that his 40 days of fasting are over and there's no reason for him not to break his fast at this point. However, when the devil suggests turning a stone to bread Jesus answers back, "One does not live by bread alone," quoting Deuteronomy 8:3. The word used for alone, monos means, in Greek, "without a companion," "forsaken," it's like "being all alone in the world"-which is pretty emo language to use about a piece of bread. And it's not just Greek; in the Hebrew that Jesus is quoting, the word for alone, bad, has the same connotation of being separated and by yourself. Language in the Biblical world was rife with layers of meaning, but rather than being considered confusing, this was desirable for teachers and orators, they enjoyed how words could evoke meanings behind the obvious. So Jesus is employing a double meaning: one can't live by bread alone, you must also be spiritually fed, yes, and at the same time, one doesn't live by eating alone, by taking what you need for yourself and not sharing with others. Jesus isn't worried about giving into bodily needs and not being spiritual enough. No, the temptation he's resisting is that he doesn't want to be alone to break this fast he has offered to God, he wants to share that celebration with others. The sin Jesus is avoiding is not lack of willpower like he's on "America's Biggest Loser," the sin he's avoiding is lack of hospitality.

So much of what Jesus' ministry was about was what is called "table fellowship,"which meant that whoever he shared meals with were automatically granted belonging in that community, and since Jesus shared tables with outcasts and criminals, this was world-changing. Jesus instructed us to continue that same kind of table fellowship and share meals with those who have otherwise been cast out which the early church obeyed with communal meals which became the symbolic communion we share today.

And there are ways of experiencing communion more like how Jesus and the early church lived and experienced it, as a real meal offering an invitation of inclusion. Chef Roy Choi, famous for starting the food truck revolution with his trucks started another revolution by opening a fast food restaurant called LocoL in the heart of Watts, a notorious food desert. Chef Roy had a rough youth, including gangs and drug addiction, but gourmet cooking saved his life, and he worked his way up until he became a celebrity chef and entrepreneur with multiple restaurants. But rather than just enjoying all that success for himself like other wealthy businessmen, Chef Roy wanted to give something back, and he became devoted to the idea that successful chefs like him should not only focus on serving the well-off but should figure out how to harness their talents to feed the hungry, the outcasts that exist right in the middle of our thriving, urban environments. And not just feed them the chemical-laden processed food they've been getting, but feed them well. At a food industry conference in Denmark he gave an impassioned speech challenging his fellow chefs to do just that, asking:

What if every high caliber chef, all of us in here, told our investors as we're building restaurants that for every fancy restaurant we build, it would be a requirement to build a restaurant in the 'hood as well?

These words began a new venture to bring jobs, hope, and good, healthy food to an underserved community, all for the same prices you would pay at McDonalds or any other chain, but made with only fresh, natural ingredients and designed by world-renowned gourmet chefs. This food nourishes body and the soul, it's affordable, and even fun. The space encourages community, with customers comparing it to grabbing a seat on a porch or being at someone's backyard barbecue.

It doesn't seem that Chef Roy is religious, but he gets, like Jesus got, that people need more than "bread alone," they need community, and maybe even a little magic; they need an experience larger than themselves. And he's figuring out how to provide that magic to people with his own table fellowship. So should we all be doing.

The communion meal we share has sacramental meaning, theological and historical meaning, and it also has personal meaning for each of us, often in ways we can't articulate or are not even aware of. All that meaning we bring to and receive from communion, the symbolic meal, applies to our actual meals as well. And they should both be icons of each other, so that we look for the sacramental element in all the meals we share and we look for the community element in the symbolic bread and wine. The Buddha said "If you knew what I know about the power of giving, you would not let a single meal pass without sharing it in some way." Chef Roy knows the power of giving, that it has the power to change lives, to even change the world. Jesus knew, and so he does not take the bread for himself because his whole ministry was never about taking, but about giving to others. We are called to walk in the same way Jesus did and share what we have, and so let us share what we receive so freely each week, God's love for us all.