Bernard Noble, an individual serving 13 years for possessing two marijuana joints applied for clemency and was recently denied. The reason behind the denial was he had not yet served 10 years in prison. As I said here before in the Huffington Post :

"Bernard's sentence is a prime example of the draconian nature of the marijuana laws in many states across the country. In stark contrast to Louisiana, many states have decriminalized possession of marijuana for personal use, with the offense being punishable by a fine and with no threat of jail time."

This is truly a case of injustice and the vehicle of clemency is totally appropriate here. But for some reason Gov. Jindal and his administration refuses to show compassion and follow the recent lead of President Obama who granted clemency to 22 prisoners this March.

By granting those 22 prisoners their freedom, President Obama displayed his administration's attempt to reduce mass incarceration and roll back mandatory minimum sentencing laws. The clemencies granted were the result of recent improvements in the commutation process by the Justice Department which included a fast tracking program that implemented a stream lining of the application process to prisoners that were eligible under newly set criteria.

Obama sensing the difficulty of the transition from prison to the free world sent each of those granted clemency, a pep talk letter, which outlined a plan for a successful transition. In the letter the president told them they had demonstrated the potential to turn their lives around and it was up to them to make the most of the opportunity. He also pointed out that it would not be easy, and they would encounter many who would doubt people with criminal records could change, but he believed in their ability to prove the doubters wrong.

In writing this letter President Obama might have been trying to give those granted clemency the much needed personal support to overcome the barriers that exist for those who face freedom that is swift and often paralyzing, which leads in many cases, to the road to recidivism. Post prison life, the other side of freedom, is a life which in many ways is even more dramatic and at times arguably harder than life behind bars. If being back on the outside weren't so shocking, trying and dramatic, then certainly the majority of those released wouldn't find themselves back behind bars in three years. According to the U.S. Bureau of Justice reports, about 700,000 state and federal prisoners re-enter society each year. Within three years about 67 percent of those return to prison. The road to recidivism is complex and multileveled. But the first level of stopping the revolving door of recidivism is giving those incarcerated a second chance.

As someone who was sentenced to life in prison for a first time non-violent drug crime I know how important second chances are. In 1997, after serving 12 years I was granted executive clemency by New York Governor George Pataki.

Without a doubt, how these 22 prisoners re-enter and adapt to society will have an important role in determining the future granting of clemency by executives that weld the power to do so. I truly hope that those individuals, who were granted their freedom by President Obama, set a good example upon their release and become productive tax paying citizens.

It is hoped that the granting of clemency to those 22, may now have a positive effect on future gubernatorial pardons and clemencies. But in the case of Bernard Noble it seems that Louisiana's Governor Jindal has chosen not to show the compassion that our President has shown and instead ignores the injustice of Noble's case while he rots away in prison for 13 years for the possession of two joints. 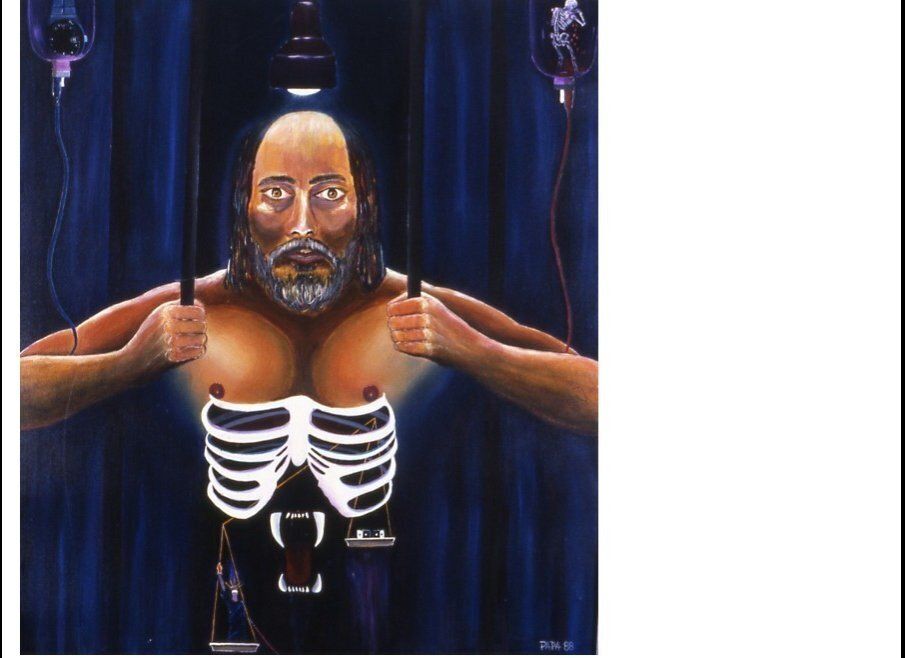 1 / 1
"Nightmare of Justice" by Anthony Papa