Colorado Governor John Hickenlooper has made no secret of his support for hydraulic fracturing, but on Tuesday he went one big step further and testified that he actually drank fracking fluid.

“You can drink it. We did drink it around the table, almost ritual-like, in a funny way," Hickenlooper said before the Senate Committee on Energy and Natural Resources.

From The Washington Times:

Sen. Al Franken, Minnesota Democrat, found humor in the governor’s admission and asked if the experience was part of some bizarre occult practice.

“No, there were no religious overtures,” Mr. Hickenlooper responded.

The governor testified that it wasn't "tasty" but added, "I'm still alive."

Hyrdaulic fracturing is a controversial process of injecting water, sand, and chemicals underground at very high pressures to release natural gas. Most companies however have declined to reveal what components make up their fracking fluids, calling them "trade secrets."

Hickenlooper is not the first person to have claimed to drink fracking fluid. A report by the Associated Press in 2011 said that Halliburton Co. CEO Dave Lesar offered up a company executive to demonstrate the safety of theirnew fracking fluid recipe CleanStim, by drinking it during a keynote speech at a conference held by the Colorado Oil and Gas Association.

That being said, Halliburton says on its own website that "CleanStim fluid system should not be considered edible." A report by The Denver Business Journal last year also pointed out that it's not even known whether CleanStim is being used in Colorado since that decision has been left up to the oil and gas companies.

Invited to speak at the committee by Democratic Sen. Mark Udall, Hickenlooper was arguing that states should be taking the lead in natural gas regulation rather than the federal government.

His support for the fracking industry has caused a lot of friction in Colorado, most recently in the city of Longmont where the government is suing the city because of their fracking ban. 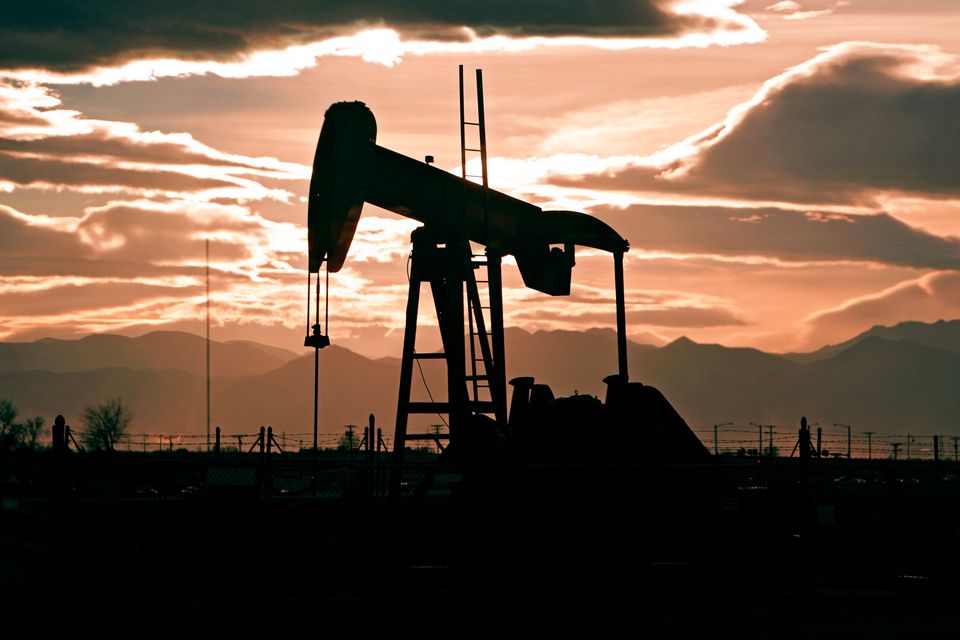 1 / 13
Oil Pump Jack
In this Dec. 5, 2012 photo, the sun sets behind an oil pump jack and the Rocky Mountains near Fredrick, Colo. Citizen fears about hydraulic fracturing, a drilling procedure used to pry oil and gas from rock deep underground, have made "fracking" the hottest political question in Colorado. In November, citizens in the Denver suburb of Longmont voted overwhelmingly to ban fracking despite heavy opposition from the oil and gas industry and warnings of lawsuits. Now the fracking debate is rocking small local governments _ and leaving the industry wondering how to proceed in a state that has long embraced the oil and gas industry. (AP Photo/Ed Andrieski)
AP