By Todd A. Eisenstadt, American University

QUITO, ECUADOR - True to primordialist stereotypes, Latin America's indigenous peoples are the best stewards of the region's rainforests, according to a new study I co-authored with Karleen West, but several signs in Ecuador point to increasing government obstruction of that group's ability to protect their patrimony.

In work being published by Comparative Politics early in 2017, West and I found that Ecuador's indigenous people have stronger attitudes regarding the importance of environmental protection, at least in areas where their rainforests are still pristine. But in the country's northern Amazon region, where oil spills and resulting public health risks prompted indigenous communities in 2013 to win in Ecuador's highest court a landmark legal case against Chevron (formerly Texaco), indigenous respondents have a contrary position. There, indigenous survey respondents' attitudes on environmental conservation are much less supportive than those of the general public.

The findings are disturbing for environmentalists, implying that mobilizations for the environment may only succeed BEFORE widespread degradation and contamination from oil drilling. But Ecuador's indigenous communities seemed undaunted last week, as the first oil was pumped in the Yasuni National Park, where the Ecuadorian government had in 2009 pledged to "leave the oil in the soil" and thus favor the park's biodiversity over oil revenue, but only if international donors paid the forgone oil proceeds. As sufficient donations were not collected, President Rafael Correa in 2013 pledged to allow drilling, and a concession was granted to a Chinese company, which extracted its first crude there last week, ending Ecuador's symbolic importance in the worldwide Stranded Oil Movement.

Meanwhile, to coopt opposition to oil drilling in regions where survey respondents had strong views about protecting unspoiled rainforests, the Ecuadorian government has, over the last couple of years, discredited anti-extractivist indigenous national assemblies, including those of the Achuar and Sapara peoples, naming "parallel" assemblies, managed by pro-government leaders who favor oil extraction. Activists also report that national programs like "Forest Partner" (Socio Bosque), conceived to preserve wilderness by paying nearby residents to NOT plant crops or sell lumber, have been distributed only to pro-extractivist indigenous families.

Gathered in Quito last week to study the Ecuadorian constitution's guarantees of freedom of assembly and to ensure recognition of duly elected leaders - rather than allowing the government to impose inauthentic ones - indigenous leaders speculated also about the conclusions of the American University/State University of New York-Geneseo survey, funded by the National Science Foundation and conducted by the CEDATOS polling firm in Quito.

"Where the environment is destroyed, our identity is destroyed as this interrupts the relationship between nature and our people," said Romulo Akachu, vice president of Ecuador's national indigenous federation (CONAIE) and representative of the Shuar Nation, where oil drilling has not commenced. In Ecuador, the concept of Sumak Kawsay (in Kichwa) or Buen Vivir (Spanish), describes an Andean indigenous cosmovision, validated in the survey of 1740 people nationwide in Ecuador, which ascribes a living essence to nature. Taking this further than any other nation, the Ecuadorian constitution in 2008 granted "nature" human rights, and designated any citizen as qualified to defend these rights. Over a dozen cases of such citizen defense of nature have been presented, with nature winning a few (concretely, jaguars and sharks) have won.

When the sacred link between humans and nature is broken, believers in this Andean indigenous cosmovision may lose interest in saving the environment because their lands go from being spiritual and sacrosanct, to just another economic resource. But CONAIE National President Jorge Herrera, a Kichwa resident from Ecuador's central mountains, added another reason for peoples' lack of concern for the environment once their lands have been polluted. To Herrera, the Ecuadorian government's clientelist manipulation, by giving some resources and depriving others, focuses residents' interests on materialism and away from the Buen Vivir sacred bond.

The indigenous activists interviewed argued that concern for the environment did not diminish in polluted post-extraction areas. Herrera argued that citizens in polluted areas were, instead, demoralized and thus less able to express uninhibited enthusiasm. Whatever the case, CONAIE activists plan to bring in international legal instruments and courts to ensure greater indigenous participation in decision-making regarding future efforts to extract oil and minerals like copper from their lands.

Oil industry analysts said that while Ecuador (and the multinational companies the government regulated) failed to properly mitigate environmental damage, major international oil companies have improved greatly. Indeed, a whole new scale of environmental damage is feared as southern Ecuador is negotiating final permits for a Chinese company to open the country's first open pit copper mine. My work with West indicates that environmentalists' best energies should mobilize to oppose or refine the mine's environmental impact now, before the pit is opened, contaminants pollute waterways, and people turn their attentions elsewhere. 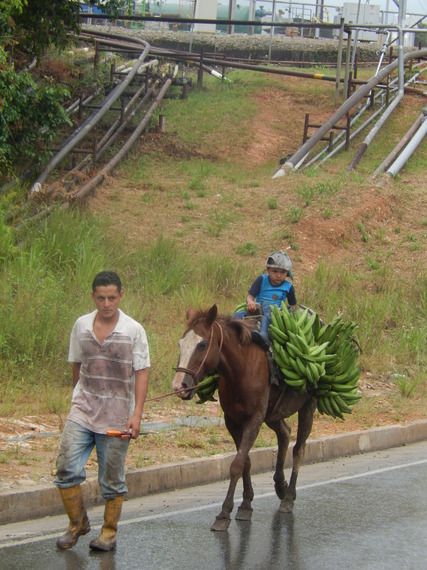 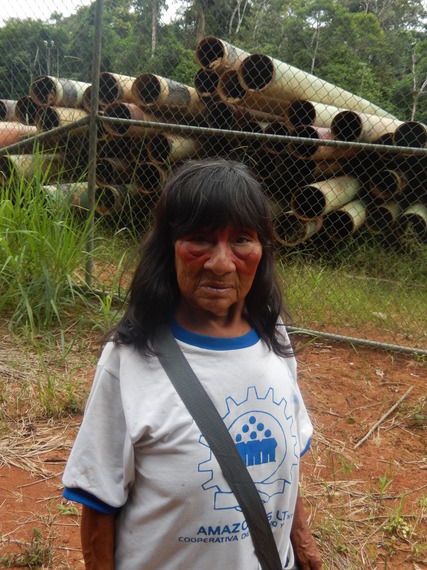