Thomas Gallagher tried to steer his daughter toward one of the less-pricey costumes at Spirit Halloween in Glen Burnie. But then the 5-year-old spied the Snow White get-up.

Gallagher ended up spending about $40 at the store last week on a glittery tulle gown for his daughter, Kaelyn Gallagher, which the kindergartner plans to wear trick-or-treating Thursday.

"I told her she could pick out anything," the Hanover father said. "But I was hoping it would be one of the cheaper ones."

U.S. shoppers are expected to spend more than $7.6 billion on Halloween this year, 3 percent more than last year, not only on costumes for their kids but on costumes for themselves and their pets, according to IBISWorld Inc. The spending includes bags of candy, greeting cards and home decorations such as fake spider webs, tombstones and caldrons.

While overall spending will be up slightly, it will be a far cry from last year's nearly 18 percent increase over 2011, IBISWorld said, as consumers are expected to tighten holiday budgets in general. Spending on Halloween accounts for less than 1 percent of total U.S. retail spending, data from the market research firm shows.

"One of the biggest things that hindered growth this year is the government shutdown through more than half of October," said Nikoleta Panteva, a senior retail analyst with IBISWorld. "With huge macroeconomic things, consumer confidence usually drops pretty low. Spending gets cut on highly discretionary products like Halloween decorations and costumes."

Spending is expected to rise moderately in three of four categories that IBIS tracks -- costumes, candy and decorations -- while greeting card purchases will be down nearly 5 percent as consumers shift away from paper products. In the costume category, just over half of sales will be for adult costumes, slightly less than half for children's and nearly 2 percent for pets. Still, people will spend more than $52 million on pet costumes.

Growth in costume sales likely will come from those for children, as parents typically cut back on spending for themselves before cutting back on their kids, Panteva said. Adults are more likely to not dress up or buy used costumes, reuse old ones or make their own, she added.

Characters such as Justice League superheroes and Disney princesses have been big sellers for kids' costumes this year, said Matt Boylan, manager of the new Target in Canton.

"The 'do-it-yourself' trend has also translated to costumes in recent years," Boylan said.

The mass discounter is among the retailers banking on that by selling accessories such as wigs, masks, faux beards, skirts, makeup, wands and capes.

Target also offers more than 20 pet costumes and accessories, such as mini jousters and jockeys that can perch on a dog's back.

Decorations are expected to see the strongest revenue growth of any of the categories tracked by IBISWorld, even with a slowdown overall.

"Animatronic" decorations have been growing in popularity, said Bonnie Fitzgerald, the Glen Burnie store manager of Spirit Halloween, a chain of temporary stores that pop up for several months each fall in vacant Walmarts, Blockbusters and other empty retail spaces. At the Glen Burnie location, such displays, including scary clowns that talk and move, fill the center of the store, a former Walmart in the Park 97 shopping center.

"We like Halloween," said Lori Morel of Pasadena, who was shopping for a costume with son Luke, 9, and already had made some Halloween purchases. "I bought a few new decorations. We always buy something."

Morel said she'll probably spend more on Halloween this year than last. With two older children, both in college, "we used to make their stuff, but it's getting to be easier to buy," she said.

Heather Henry, who works full time and has a 20-month-old son and 3-year-old daughter, said she no longer has time to make costumes. She said she hoped to spend no more than $20 to dress them as pirates, but "it's looking like they're more expensive."

Despite more budget-conscious consumers this year, spending on Halloween increased by nearly $2 billion in the last three years, according to IBISWorld. And that trend will likely continue, Panteva said.

"Retail spending in general is growing, so that's one part of it," she said. As for Halloween, "the marketing around the holiday has increased quite a bit."

It's Scary What The Government Shutdown Did To Halloween!
Celebrity Halloween Costumes 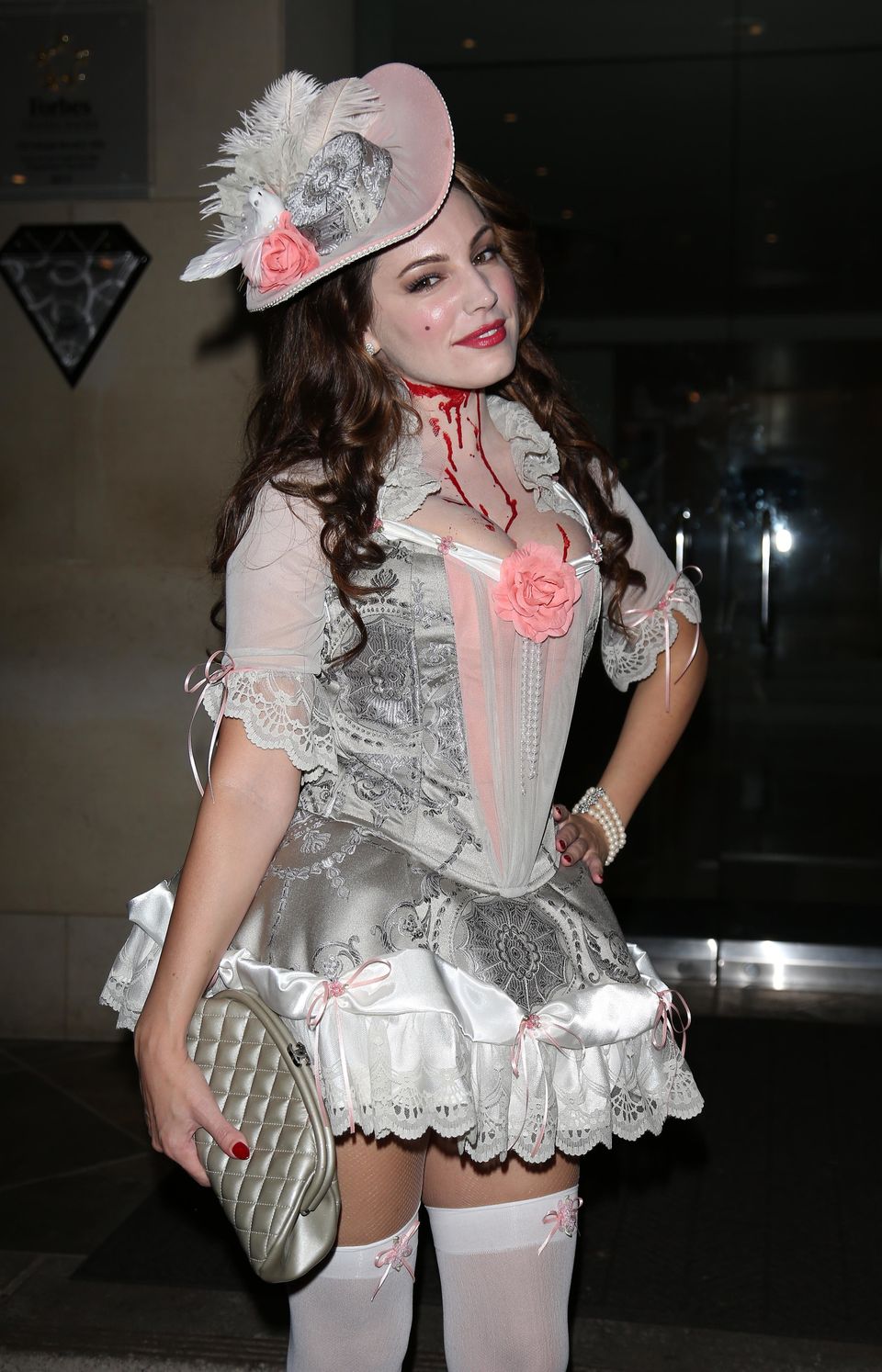