This past Thursday, His Excellency Manuel Sager, Switzerland's ambassador to the United States, and his wife Christine, hosted an Institute for Education Public Policy Salon, "Trickle-up Innovation: How Governments Can Support Grassroots Science and Technology" (some photos from the event are at the bottom of this post). The Swiss residence was a fitting venue: Switzerland has topped the World Economic Forum's competitiveness rankings for three years in a row, and it boasts youth unemployment of just 3.5 percent. It was also a fitting time to reflect on innovation: 25 years ago, a British computer scientist named Tim Berners-Lee drafted a memo to his colleagues at CERN that outlined a new way of managing information; that document was the foundation for what we now call the Internet.

In attendance was Aneesh Chopra, America's first chief technology officer and author of an upcoming book, Innovative State: How New Technologies Can Transform Government. Aneesh noted that innovation in the U.S. had, up until recently, tended to occur in the public sector and trickle down to the private sector (consider the work that the Department of Defense did during the Cold War). Today, he explained, the Obama administration is trying to make the two sectors more equal partners in innovation; to that end, the president signed the America COMPETES Reauthorization Act in January 2011 and has taken important steps to make government data more open and accessible.

Aneesh introduced John Paul Farmer, the brain behind the White House's Presidential Innovation Fellows (PIF) Program, along with three current PIFs. John explained that one of the motivations behind the PIF Program -- which is now recruiting its third round of fellows -- was a sentiment that's generally attributed to Sun Microsystems Cofounder Bill Joy: "No matter who you are, most of the smartest people work for someone else." In other words, the U.S. government has to make a conscious effort to go beyond its traditional recruitment methods if it wants to identify and cultivate the nation's most talented innovators. He also noted that according to Alec Ross, who served as former Secretary of State Hillary Clinton's senior advisor on innovation, the principal struggle of the 21st century won't be left vs. right, but open vs. closed (PIF Geoff Mulligan suggested that the divide might be framed more accurately as engaged vs. disengaged). One of President Obama's signature initiatives has been to harness the power of "open data," which, according to an October 2013 study by McKinsey and Company, could "help unlock $3.2 trillion to $5.4 trillion in economic value per year across seven 'domains'": education, transportation, consumer products, electricity, oil and gas, health care, and consumer finance.

The panelists discussed the role that culture plays in fostering innovation. The Head of the Swiss Embassy's Office for Science, Technology, and Higher Education, Andreas Ledergerber, noted that because Switzerland's startup culture tends to be less risk-taking than America's, Switzerland actually runs six "bootcamps" that train its startups to succeed in the U.S. The panelists also explored an array of initiatives that have emerged because of public-private partnerships: among them, RFP-EZ, which enables small companies to learn about and compete more effectively for government contracts; and iTriage, which helps consumers manage their personal health care.

The thread that connected their remarks was a strong rejection of the idea that governments can't be innovative. According to Hillary Hartley, who is currently working on a joint White House-General Services Administration initiative to help Americans access government information and services more efficiently, PIFs are brought on board not because the government lacks entrepreneurs, but because government can't always give its entrepreneurs the resources and networks that they need to implement their ideas; in short, PIFs are partners of, not replacements for, government innovators.

The panelists also said that the public tends to hear far more about cases where government-led or supported innovation runs into glitches than cases where it succeeds. Hillary noted, for example, that the difficulties with the rollout of healthcare.gov have overshadowed the remarkable work that has been done to fix the website (see TIME Magazine's recent cover story, "Code Red"). Who could've imagined even as recently as a decade ago that governments would enable their citizens to engage with them in real time? 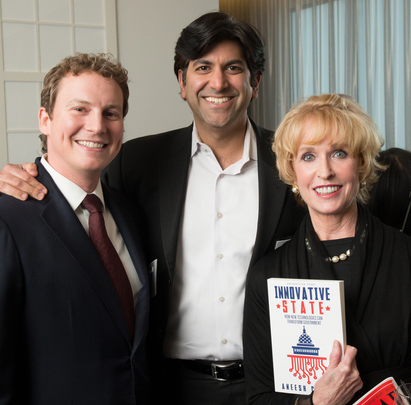 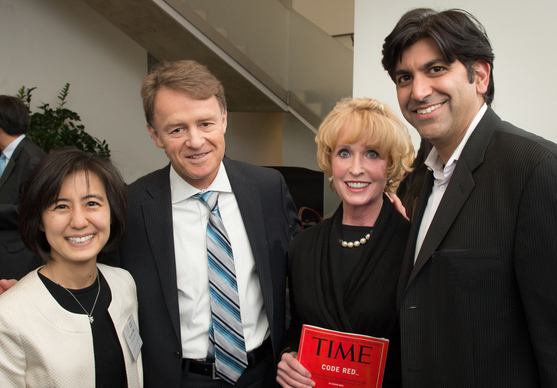 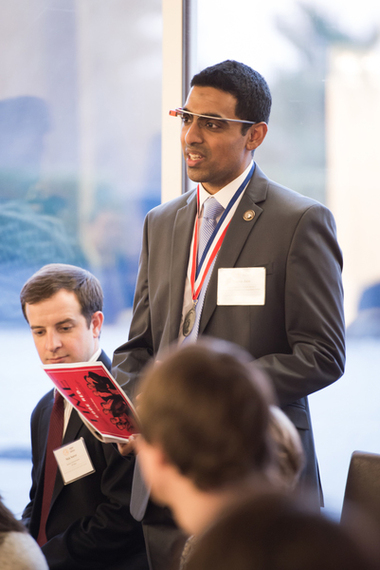 Nayan Jain, a PIF with the Department of Health and Human Services, speaks about Google Glass; PHOTO CREDIT: Kevin Allen