This article was co-authored by Matthew Eldridge. The original article appeared on UrbanWire. 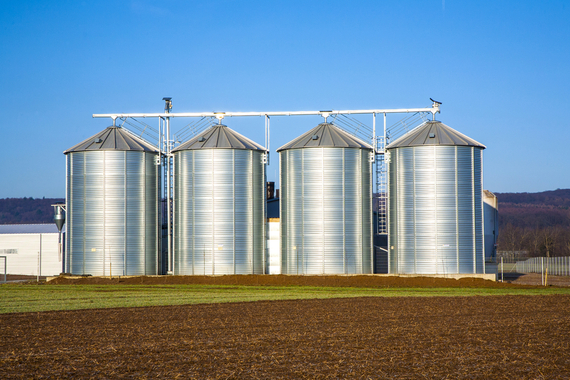 In public policy (and life in general), addressing a dangerous risk is more cost-effective than fixing a problem after it emerges. Yet, most government spending is focused on reacting to problems rather than preventing them. A new approach to funding called pay for success (PFS) has emerged as a potential solution to this dilemma.

Government funding today is often siloed. Individual agencies and governments tend to focus solely on their specific mandate and budget. This leads to the "wrong pockets problem"; simply put, if an agency or a government is expected to bear the cost of a program, but does not see the benefit in their budget, there is little incentive to implement.

While private corporations have authority over multiple departments, governments in our federalist system do not. The federal government can do little more than nudge a state in a more evidence-based direction, in the same way states have limited ability to direct the spending of their counties and cities.

Within one government, even within a single agency, the same problem exists. Consider the public safety system, which includes the police, probation, the courts and corrections.

There are numerous evidence-based programs that help keep high-risk adolescents from committing crimes. But despite the potential benefits and significant government cost savings compared with business-as-usual case processing, such preventative programs are rarely adopted at scale. Why?

A prevention program may be paid for primarily by the juvenile-justice system, but savings and benefits from having fewer adolescents enter the corrections system would also accrue to many other departments, including education and health care, and to society as a whole. 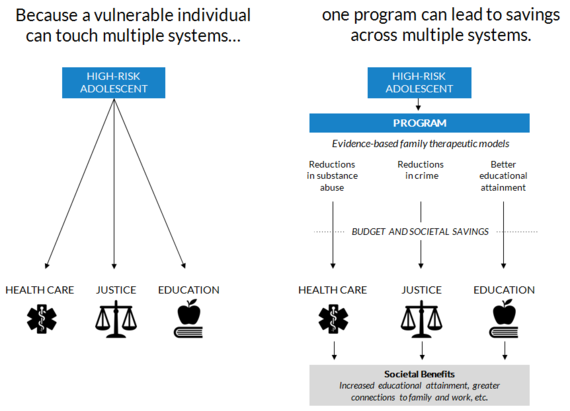 With a grant from the Laura and John Arnold Foundation, the Urban Institute has been studying PFS funding models (also known as social impact bonds). In a new paper, we explored the potential for PFS to help communities overcome the wrong pockets problem.

In PFS projects, funders provide resources for an evidence-based social program. The funders' principal is returned with a profit if rigorous evaluation finds that predetermined outcome goals are met.

PFS shifts funding risk from the implementing government agency to funders, removing the financial disincentives to invest in a preventative program. Siloed programs within and across governments receive funding that otherwise would be unavailable. Programs with future (rather than present) outcomes but immediate costs also have a new source of funding.

Perhaps more important, the process ignited by PFS can in and of itself be a significant systems reform that increases the likelihood of larger-scale adoption of outcome-focused public programs and policies.

Developing the data necessary for a PFS project demands that governments specify what outcomes they seek to buy, not just what they expect to spend. The process requires jurisdictions to explain why they have been unsuccessful serving a vulnerable population in the past, and how those barriers can be addressed. The suitability of proposed preventative interventions must be articulated along with concrete outcome-based performance targets for the new or expanded venture.

Far more work needs to be undertaken to understand the complexities involved in PFS and to improve the capacity of governments, service providers, and other stakeholders to explore and engage in these transactions. The Urban Institute will continue to support this effort by introducing additional briefs to better understand the issue, as well as practical tools and technical assistance for practitioners.

In the interim, exploration of PFS projects is a worthwhile endeavor, even if it does not lead to actual transactions. PFS deals require governments to hold a mirror to their practices. Simply acknowledging that they don't like what they see is likely to be an important reform.