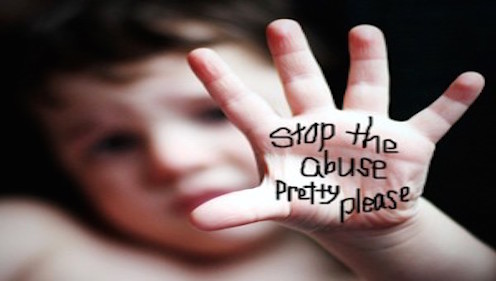 I have spent much of my life fighting for the protection of kids, teenagers, and the underdog. All too often I encounter young people whose lives were ruined by the scourge of sexual abuse which harms their self-esteem and ability to thrive and function as adults. It's our responsibility to take every measure possible to hold abusers accountable and send a strong message to institutions that fail to stop abuse.

Legislation in the State Assembly, known as the Markey bill, would eliminate New York's civil statute of limitations (currently absurdly capped at age 23) for crimes involving child sexual abuse going forward and create a one-year window for victims to file claims regardless of the elapsed time. The bill, sponsored by Assemblywoman Margaret Markey of Queens, has been proposed seven times previously, and now seemingly has enough supporters to pass the lower house. It could pick up even more support for passage with some strong advocacy from the state's chief executive.

State Senators recently proposed a similar bill that would additionally remove a current requirement that those seeking to sue a public institution, such as a school, file a claim within 90 days. This would make public and private institutions equally accountable.

I discussed the topic and the Markey bill with the Governor over two years ago. He was very versed in the bill and was clearly in agreement to numerous parts of the bill conceptually.

But until recently Gov. Andrew Cuomo was playing his cards close to the vest on this, making vague public statements about protecting victims without commenting on the Markey bill.

After sustained pressure from abuse survivors and their substantial community of supporters, the governor finally agreed to support some reforms mentioned in the two bills.

This is an incredibly important issue and we are serious about addressing the situation," a Cuomo spokesman told The New York Daily News. "We have been discussing options with the Legislature ..."

The governor is showing that he gets that it often takes abuse victims years, with the help of supporters and therapists to come to terms with the grievousness of their trauma. In many cases, they sadly tend to place their own welfare second to that of the abuser.

It remains to be seen if he will back a one-year window for those already stuck behind the statute of limitations for seeking redress for long-ago abuse.

Perhaps it's the governor's style to avoid too much comment on a bill that has not yet reached his desk, and still must be hammered out between legislators in both houses. But this is no ordinary bill. Lives are literally at stake. I have seen too many people fatally destroy their lives because of abuse, and so have all the activists who have pushed for this bill.

New York has been an activist state in many areas, such as marriage equality and gun control, and must not take a back seat on this issue. Some powerful interests oppose the bill because they fear a torrent of lawsuits that could pose an existential threat. But I am more worried about the existential threat to victims, and so should political leaders.

The Markey bill would put institutions on notice that looking the other way and failing to take strong, necessary action when there are signs of abuse by an employee or representative is dangerous. It would also send a strong compassionate message to victims that we as a society want them to come forward for healing and justice and that we will have their backs when they do so.

Hopefully the message will also trickle down to would-be abusers that they can't take advantage of children and perpetrate their depraved acts and expect to get away with it, and that they should get help for their compulsions. A pedophile who gets away with his or her first crime is likely to continue with over 100 more victims, making it crucial that they be stopped at the earliest juncture.

Should we be concerned that institutions could face an insurmountable cascade of lawsuits, some of them involving former, perhaps temporary employees, incurring legal expenses that impede their ability to function? Yes, but the burden of proof on the accuser remains high. Experienced investigators and prosecutors know how to detect false claims, which are very rare in the first place given the stigma attached to sexual abuse.

I hope we can be confident that our system of laws and courts can weed out false claims and uphold the rights of victims to come forward and seek justice, no matter how long it has taken them to muster the support and courage.

There are only a few session days left before the June 16 end of the legislative session. Too much is at stake to wait until the next session.

If Governor Cuomo and other members of the Legislature have concerns about this matter let him air them in the marketplace of ideas and seek changes in the final version of the bill.

But sitting on his hands and avoiding the subject isn't an option for a leader. His words in support of this bill must translate into action, now.