Every year about this time I write to the governor of New York and ask him to go on a rescue mission and grant clemency to people convicted under the notorious Rockefeller Drug Laws.

The holiday season is a traditional time for executives to use their power of clemency or pardons to show mercy to individuals that are imprisoned under unjust laws. These are individuals who have already served enormous amounts of time but are stuck in prison and have no legal remedies to regain their freedom. This year I am making the request to Governor Andrew Cuomo who at the present time has his highest approval rate since in office (68 percent). In the past, Governor Cuomo has worked with me and others to reform these laws so he is someone who knows first-hand about their draconian nature.

I have made this request to several other NY Governors. The first time was to Governor George Pataki while I was rotting away in a 6x9 cell in 1994. I was serving a 15 to life sentence for a first time non-violent drug offense when I delivered an envelope containing four ounces of cocaine for the sum of $500.00. It was the worst mistake I ever made in my life and I paid dearly for it. To my surprise he granted me executive clemency in 1996. When I got out I decided to save the many individuals that I had left behind. I became an activist and dedicated my life to change the laws that wasted valuable tax dollars and have destroyed so many lives.

I lobbied Governor Pataki for years to reform these laws and grant clemency to those who deserved a second chance in life. Pataki was a tough on crime politician but to his credit he managed to give 32 clemencies, with 28 of them to Rock Law offenders. After he left office I made the same request to Governor Elliot Spitzer in 2007 who in response granted zero clemencies.

It was an insult to those many men and women who were rehabilitated and had served many years in prison under the mandatory minimum sentencing provisions of the Rockefeller Drug Laws. This prompted massive criticism from prisoner advocates who argued that his failure to show mercy to worthy prisoners was unacceptable.

His denial to grant any clemencies was counter to a promise Spitzer made during his 2006 campaign to continue to support efforts to reform the Rockefeller Drug laws. Bob Gangi of the Correction Association compared Spitzer to Ebenezer Scrooge before he was visited by the ghost of Jacob Marley. Spitzer's approval ratings sharply declined after this and in 2008 he left office in disgrace.

Governor Spitzer was replaced by Governor David Paterson who as a Senator from Harlem New York understood the ineffectiveness of the Rockefeller Drug Laws. For years he also stood by our side advocating for change of these laws and in 2009 he pushed through historic Rockefeller reforms. While in office he granted 37 clemencies and pardons and followed the trend set by Governor Mario Cuomo who granted 33 and Governor Hugh Carey who granted 155.

I recently sat on a panel discussion at the New School and learned a lot about this issue of governors granting clemencies and pardons to individuals. The former Governor of Maryland Robert L. Ehrlish spoke frankly about this and was disappointed with the lack of use of the power to grant pardons and clemencies. He wrote about this in the NY Times in an op-ed titled "A Broken System, and Too Few Pardons."

He blamed the lack of use of the powers of clemency and pardons on the "Willie Horton syndrome." This refers to the early release of a prisoner who then committed a murder and the case was used against Governor Michael Dukakis of Massachusetts when he ran for president in 1988 against George H. W. Bush. His lost to Bush was blamed on Dukakis's support of a prison furlough program that was responsible for Horton's release. This one bad apple forever ruined the way executives would use the powers of clemency and pardons.

Despite the "Horton syndrome" Gov. Ehrlish granted an amazing 249 pardons and commutations. When interviewed by the Baltimore Sun he said that by granting individuals their freedom he was met with neither moral outrage nor wild cheering. But on a personal level Governor Ehrlish was extremely gratified to hear from those who received clemency from him and had expressed their gratitude for giving them a second chance in life by restoring their freedom and the many civil rights that were taken away. It was this sense of restoration that drove the process for Governor Ehrlish.

Perhaps this sense of restoration might be an example for Governor Cuomo to follow while in office. To be sentenced under unjust laws to a tremendous amount of time is unconscionable. I know because it happened to me. There will be many families praying this holiday season that Governor Cuomo shows his compassion for those who are have fallen through the cracks of the criminal justice system and have no alternative means of escaping the living hell they and their families face every day.

PHOTO GALLERY
Governor Cuomo and the Restoration of Freedom through Clemency

Will Governor Cuomo Show Compassion This Holiday Season and Grant Clemencies?
Governor Cuomo and the Restoration of Freedom through Clemency 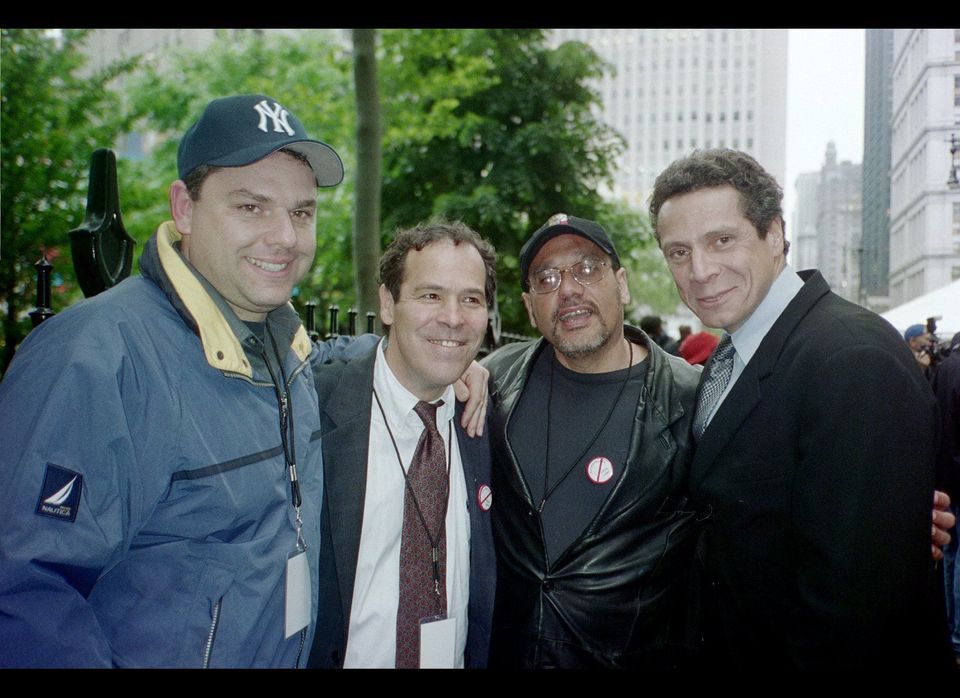