The Associated Press has confirmed the dolphin's death, citing the marine foundation. The dolphin reportedly stopped moving shortly after 5:30 p.m. Eastern Time. The exact cause of death is not known at this time.

The animal was first spotted Friday morning near Union Street in Brooklyn. Emergency officials responded to the scene and tried to rescue it but efforts were unsuccessful.

“Unfortunately, all we can do is watch and wait for the tide to rise, so the animal can get out on its own,” Robert DiGiovanni, a biologist, told The New York Daily News earlier today. “It’s not safe for us to get people in the water.”

The Gowanus Canal is highly-polluted and the EPA estimates it will cost $500 million to clean up the site. 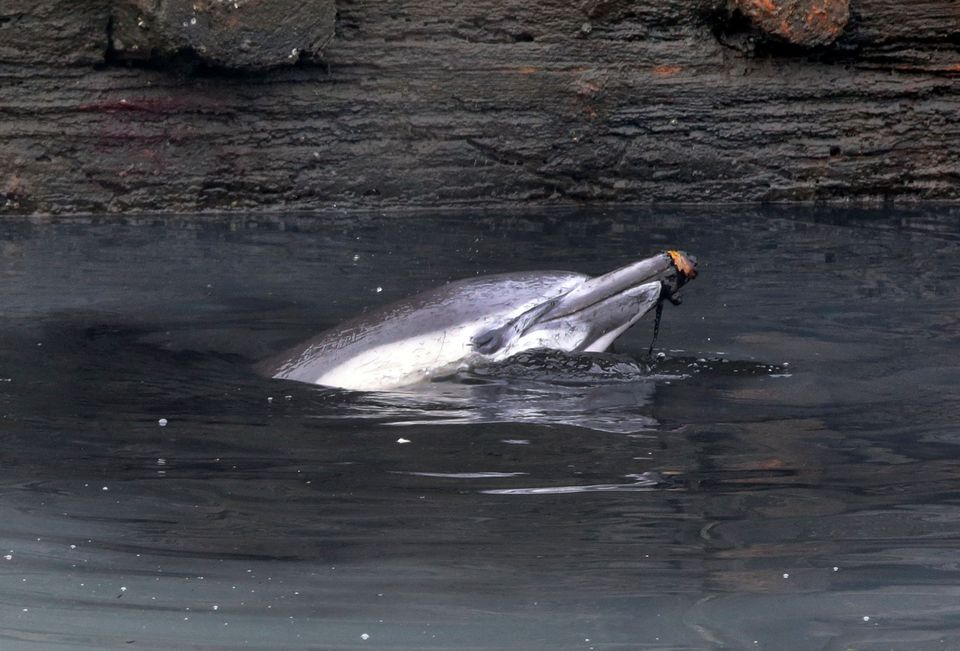 1 / 5
A dolphin surfaces in the Gowanus Canal in the Brooklyn borough of New York, Friday, Jan. 25, 2013. The New York City Police Dept. said animal experts were waiting to see if the dolphin would leave on its own during the evening's high tide. If not, they plan to lend a hand on Saturday morning. According to authorities at the scene, the dolphin appeared to be adventurous, rather than stranded.(AP Photo/Richard Drew)
AP