Even with gay ex-husbands and straight ex-wives to deal with, growing older can still be filled with adventure and possibility . . . as long as you've got the wherewithal to finance it.

Is Grace and Frankie the New Modern Retirement?

We've just been binge-watching Grace & Frankie, the hit Netflix series starring Lily Tomlin and Jane Fonda. Here's hoping that the December-December romance of Sol (Sam Waterson) and Robert (Martin Sheen) represents the last generation of closeted men who feel pressured to marry women for personal protection, social acceptance and professional necessity. (It was another Grace -- I'm talking to you Debra Messing -- that showed middle America that straight women make splendid best friends for gay men, thank you very much, not that this was a big surprise to anyone in San Francisco, West Hollywood or the West Village.)

With Season 2, we see that life goes on for former frenemies, now true pals, Grace and Frankie. We watch some of the bloom fade from the rose of Sol and Robert's relationship as they grapple with the not-so-fun issues of jealousy, insecurity and guilt. And we see that it's not just the young and fabulous that buckle down to make lemonade when life presents them with lemons.

For whatever missteps our four main characters have made in their lives, the one area where they are rock solid is money. In other words, there's plenty of it. None of their personal growth, exploration and adventures would be even a remote possibility had they not earned, invested and saved like the smart people they are.

Grace and Frankie show us what The New Modern retirement looks like; active seniors who love working, and whether single or coupled, are having a lot more fun and adventures than previous generations of retirees. Mind you, these are privileged folk who have not quit their jobs on the assembly line to go home and sit in front the big screen, drinking cheap beer and waiting to die. Rather, these are individuals of a certain age who are very much a part of the world they helped create.

So here are a few financial insights I took away from watching the show:

1) Plan ahead but expect life will throw you some curveballs. Could you imagine you go out to dinner with your spouse and his business partner expecting them to announce their retirement, instead they come out, and tell you they are leaving you? Single at 70, oh my. Your curveball may not be as dramatic as this situation, but could easily be a health issue, a boomerang child moving back in (perhaps with their own four kids), or a job loss.

I read a terrific quote the other day in an essay by writer Amy Westervelt: "We live on a planet where harm happens all the time; to think that you should escape that is a mammoth overstatement of your own importance."

2) Financial Independence is the new retirement where you work if you want to. I highly doubt Jane Fonda, Lily Tomlin, Martin Sheen or Sam Waterston themselves are working because they need the paycheck. (I'm not their financial advisor, so I have no way of knowing). But I think it's safe to assume they have achieved financial independence, and going to work on this show is a choice they have made because they love what they do.

I work with tons of entrepreneurs, business owners, creative geniuses and other high income types who are adamant about never retiring. They're the lucky ones and I fully support this choice. But, I'd hate for them wake up at 65 and realize they can't or don't want to go to work anymore and are unprepared for what comes next.

Some folks call a robust nest egg their "FU" money (a term coined by Humphrey Bogart who said he always wanted to have enough to walk away if he got mistreated by studio bosses).

The operative word here is 'option'. With enough money, work becomes an option not a prison sentence. While growing older is often seen an increasing limitations -- physically, mentally, financially, socially, culturally -- having plenty of money can put a limit to those limitations. 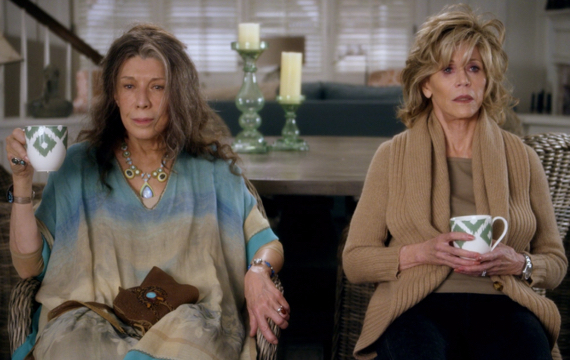 Flash forward to the present. I don't know about you, but oceanfront living in La Jolla might tempt me to take on a roommate (or ten). Previous generations may have downsized whereas this generation of retirees is resizing. In the show, Grace moves out of her marital palace into a smaller shared house on the beach with Frankie. With the ocean as a neighbor, this property probably the more expensive of what she left, true, but trading a family for a roommate takes some adjustment.

Grace also ends up living with someone who she has disliked for years. They end up growing on each other (this is fiction, after all) and provide comfort and companionship through various tough times.

Personally, I think ending up like the Golden Girls or Grace and Frankie, surrounded by close friends, really sounds like a great way to go. Living alone in some huge house, or worse, living alone in a dreary apartment, doesn't hold a bit of appeal. The point is, alternative living arrangements that you never even considered may turn out to be a huge silver lining to your golden years.

4) Same sex marriage is an opportunity for honesty. Grace and Frankie is not really about gay marriage per se, but a same-sex couple is central to the plot of the show. As we saw with Bruce Jenner (Now Caitlyn Jenner), there are a lot of people in our society who have not been true to themselves, and as a consequence were untrue to those closest to them.

We all know many 'confirmed bachelors' who 'just never found the right girl', who have found the courage to come out later in life. Of course, this doesn't diminish the pain and suffering Grace and Frankie go through after finding out their husbands have been having an affair for the past 20 years, but my guess it's the betrayal that hurts rather than the homosexuality. But even in the worst of circumstances there is light at the end of the tunnel. Grace wasn't happy in her marriage, she knew something wasn't right. Hopefully her husband finally being honest with her will at last enable her to be honest with herself and perhaps take a chance in finding her own true happiness. 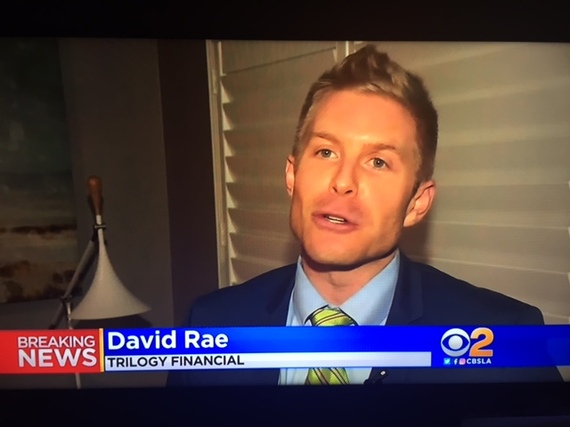 Just a warning, once you start watching Grace and Frankie, you may need to binge-watch all 26 episodes. We had a few friends over on a Friday night for Season 1, Episode 1 and ended up finishing the whole of Season 2 by Sunday. We're all hoping that in Season 3 they will find a way to have a 9 to 5 reunion with Dolly Parton. Who'd of thought some 35 years later that Tomlin and Fonda would be still working together? So here's to friendships with longevity . . . another thing to look forward to.

Until Next Time and as always, BE FISCALLY FABULOUS!

DAVID RAE, CFP®, AIF® is a Los Angeles-based Wealth Manager with Trilogy Financial Services, a regular contributor to the Advocate Magazine, and a financial adviser proudly serving friends of the LGBT community for over a decade. Follow him on Facebook or via his website, www.davidraefp.com. He is also the author the FinancialPlannerLA.com Blog