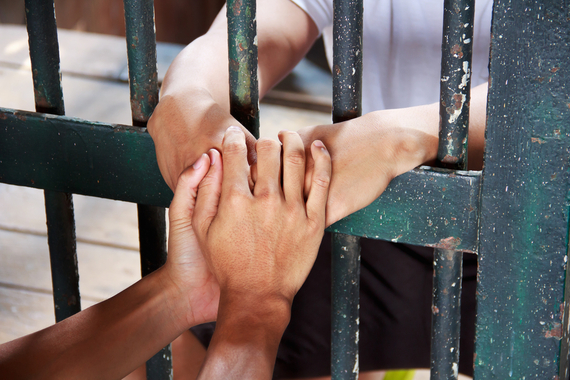 Sightings will never lack subject-matter. Each week the media provide a plethora of options which might inspire comment. Usually these relate to hard news, as in "religion and...ISIS, the scrimmaging before the 2016 election, 'cops' anywhere, Bruce Jenner in transition, etc. etc."

What we often notice is that the maw, the stuff, the material which inspires human action in the "hard news" on which commentators lean, gets neglected. Now and then we do stop to notice some of this "soft news," which surfaces in explicitly religious comment and, shall we call it, "theology," which is what it is.

Hit the "pause" button and reflect on these kinds of evidences. At dinner parties, seminars, and chats, friends (and others) comment on David Brooks, the PBS commentator and author of The Road to Character. It surprises many, perhaps beginning with Brooks himself, to note that when he wants to go deep, he finds himself talking theological language.

Michael Gerson, like Brooks tabbed a "conservative," notes that the Brooksian usage is "non-sectarian, even nonreligious in manner." Non/anti-religious commentators also find themselves having to use theological language in this field of action and comment.

Or note this: the writer whom many reviewers consider our most thoughtful and expressive novelist, Marilynne Robinson, writes what reviewer Angela Alaimo O'Donnell and many others, call "faithful fiction," in her trilogy which is climaxed now in Lila. "In many ways, Lila's story is one of accepting the unexpected grace."

Those who don't want to like "faithful fiction" cannot avoid the language and concerns it signals in a culture often surprised by it: hence, there's not more "soft news," but "news."

A sojourning and televising team from evangelical-activist Sojourners dropped by the other day and left their new book Forgive Us: Confessions of a Compromised Faith, by four accusing, "penitent," and, in the end, grace-full authors. After scourging Americans, including Christians and, among them, Evangelicals, the four writers conclude: "The reality of sin points toward the necessity of grace."

That's theological language in the public square by veterans who act and comment there.

Closer to home, a member of "the church across the street" and a professional public defender (and board member of the Center which sponsors Sightings), Jeanne Bishop, has just published Change of Heart, which draws wide notice with its subtitle Justice, Mercy, and Making Peace with My Sister's Killer.

As the author makes the rounds of television and other media outlets, the book is being excerpted in a variety of publications, including one from Chicago's public TV WTTW. One of the religious--but not "unpublic"--magazine's excerpts is topped by an unsubtle title, "Lord, Have Mercy."

My e-files are rich and my file-files are bulging with many like these. I don't think this rare foray of Sightings into the zone whence religious ideas and beliefs issue is defensive or whiny, as in "Come on, cruel secular world, notice us."

I'd like to think it captures something of what is in the air.

Note that the religious ideas behind talk of conflicts in Israel, horrors in Syria, and signals of change in China, India, and elsewhere in Asia, or Ukraine, Ferguson, and Philadelphia, do relate to ideas and beliefs which we may admire or deplore. But, if we want to understand and do justice to important things in our world, we have to notice the "soft ideas" which face our hard and harsh realities.

Bishop, Jeanne. "The Letter." Excerpt from A Change of Heart: How I Forgave her Sister's Murderer. Louisville, KY: Westminster John Knox Press, 2015.