Grace Lee Whitney, the actress who played Yeoman Janice Rand on “Star Trek: The Original Series,” reportedly died Friday in her home in Coarsegold, California. No cause of death has been reported. She was 85.

The versatile actress and vocalist was born Mary Ann Chase in Ann Arbor, Michigan in 1930. She was adopted by the Whitney family, and as a teenager, began her career in entertainment as a singer and dancer. She eventually became interested in acting and in 1966, clinched a role as Yeoman Janice Rand, a personal assistant to William Shatner's Captain James T. Kirk in the first season of the original “Star Trek” TV series.

Whitney later appeared in several “Star Trek” films, including “Star Trek: The Motion Picture,” “The Search for Spock,” “The Voyage Home” and “The Undiscovered Country.”

Her autobiography, “The Longest Trek: My Tour of the Galaxy,” was published in 1998. For many years, Whitney was a fixture at “Star Trek” conventions around the world.

As news of Whitney’s passing spread Sunday, many “Star Trek” fans praised the actress for her on-screen talent, and remembered harboring “TV crushes” on the blond beauty. She was “one of the great women of Trek,” TrekMovie.com tweeted. Co-star Shatner wrote that Whitney "was a constant shining smile."

Condolences to the family of Grace. She was a constant shining smile over the years every time our paths crossed.

Whitney was also remembered by fans as being kind, warm and gracious in person, who always took the time to mingle with her fans. 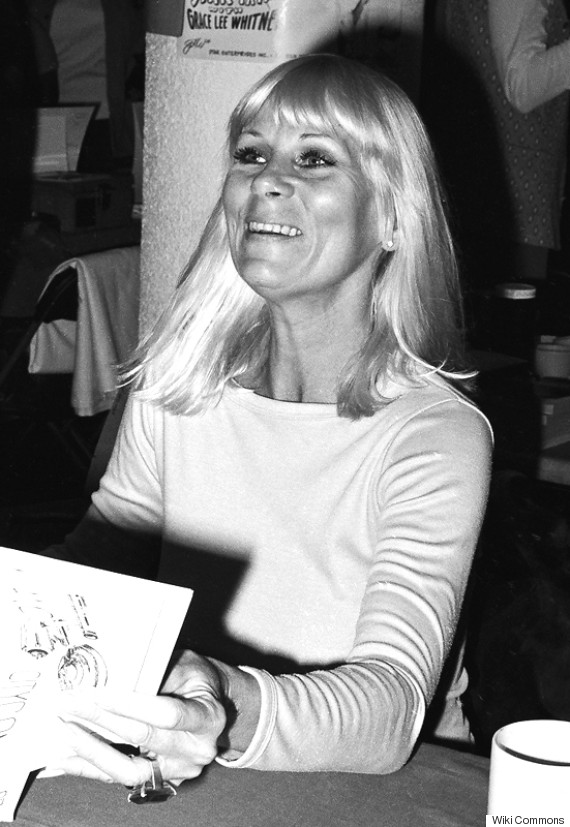 Grace Lee Whitney at a science fiction convention in Houston, Texas in 1980

Whitney’s other acting credits include an appearance in the Broadway show “Top Banana,” and films like “Irma la Douce” and “The Man from Galveston. ” She also made appearances on several TV shows, including “Bewitched,” “Death Valley Days” and “The Outer Limits.”

Though Whitney is best remembered as an actress, her family told NBC News that her “preference would be to be remembered as a ‘successful survivor of addiction.’” Whitney was a recovering alcoholic and drug addict and had reportedly spent the last 35 years of her life helping others with addiction problems, including volunteering at women’s correctional facilities.

"Grace experienced 35 years of sobriety through continuous fellowship with others and through God and Jesus," her family told NBC.

In 2011, Whitney described her life as a happy -- and sober -- grandmother living on a 30-acre property near Yosemite National Park.

"[My son] Jonathan built a home down at the end of my property, where he lives with his family, including my grandchildren," Whitney said. "They’re going to take care of me as I move through life to my home in heaven. But right now I take my grandchildren to school and cart them around, and I’m of maximum service to them... I also line dance one night a week and I go to the gym three days a week. So, my life is happy, joyous, free, sober and saved, and a lot of fun, too. I have a lot of fun."

1 / 36
Dick Van Patten
Dick Van Patten, the genial, round-faced comic actor who premiered on Broadway as a child, starred on television in its infancy and then, in middle age, found lasting fame as the patriarch on TV's "Eight is Enough," died on June 23, 2015. He was 86.
Star Max/IPx