A 20-year-old Michigan woman who was last seen early Tuesday morning at a dance festival after-party was later found at a hospital.

Grace Martinez was in stable condition at a hospital on Wednesday in Royal Oak, a suburb of Detroit, according to the Detroit Free-Press.

Martinez was last seen at a Movement electronic dance festival after-party at a Masonic Temple in Detroit around 3 a.m. on Tuesday morning. 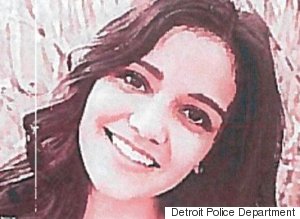 Grace Martinez was dropped off at the hospital by a man who left his name and number. Her mom, Betty Martinez, told the Free-Press that her daughter was likely on drugs and so disoriented when she was taken to the hospital by the unknown man that she couldn't tell the medical staff her name. She had no injuries but remained disoriented on Wednesday, her mom said.

Police are investigating, but Betty Martinez said she doesn't think the man had anything to do with her daughter's disappearance.

"We don't have all our answers yet but we're working on them," she said. "[G]race is doing fine and I don't even know what to say about all the support ... one great big thank you!"

Grace Martinez's friend Dani Welchner told MyFox Detroit she was with the 20-year-old on Tuesday just before she disappeared.

"I should have kept a closer eye on her," Welchner said.

She told the station the plan was to meet Martinez at their car at 4 a.m., but Martinez never showed. The pair left their phones and ID cards in the car, so Welchner couldn't try to contact her.