Grace Potter & The Nocturnals closed out the first night of the Grand Point North music festival in Burlington, Vermont on Saturday night, with a little help from their friends. Joined on stage by members of Kat Wright & The Indomitable Soul Band, Joshua Panda & The Hot Damned, and The Felice Brothers, frontwoman Grace Potter led the audience in a modified cover of Eric Clapton's hit, "Cocaine," singing, "You do what you want when you live in Vermont, cocaine."

But the night's real surprise came a few songs earlier, when country superstar Kenny Chesney joined Potter on stage to perform their 2011 chart-topping duet, "You And Tequila." Dressed down in a trucker hat and hoodie, Chesney stuck around for a moving take on Bruce Springsteen's, "I'm On Fire."

The dynamic collaborations capped off a two hour headlining set that saw Grace Potter & The Nocturnals play songs from their entire catalog, including the gospel-tinged "Nothing But The Water," alt-rock "The Lion The Beast The Beat," and fail safe crowd pleaser, "Paris (Ooh La La)." The magnetic lead woman had her virtuosity and versatility on full display, dancing barefoot across the stage in a sequined ivory toga, switching effortlessly between acoustic guitar, flying V, tambourine, organ and keyboard. Bandmates Matt Burr, Scott Tournet, Benny Yurco, and Michael Libramento matched Potter's energy and kept the audience warm on a crisp Vermont night.

See photos from Saturday below: 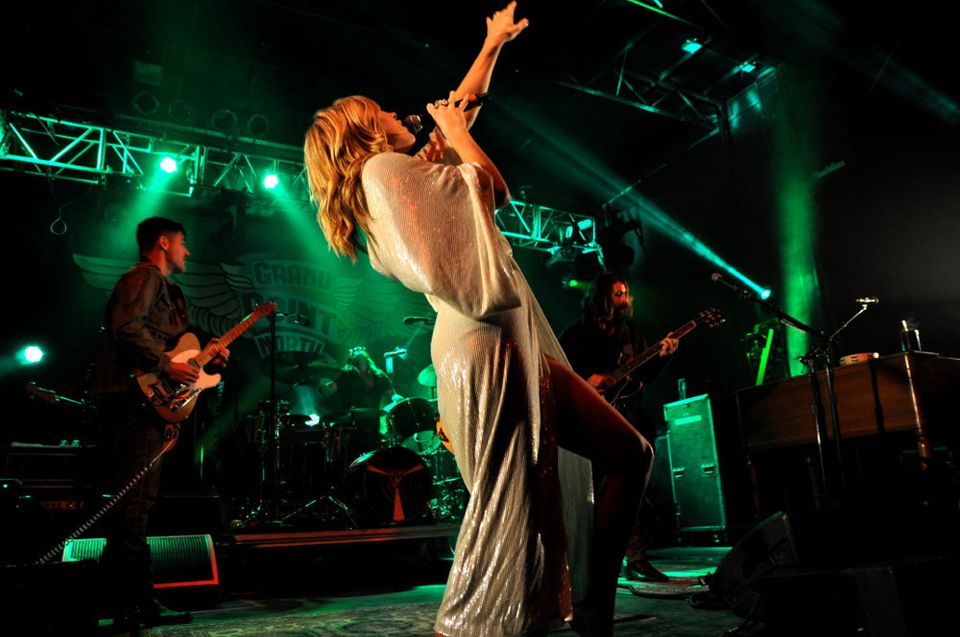