Photographer Charise Isis is turning the female nude trope on its head, transforming imagery we associate with masterpieces of yore into visual tributes to the strength and beauty of breast cancer survivors.

Her series "Grace" places nude women who've undergone mastectomies into poses ripped straight from the "Venus di Milo" and "Nike of Samothrace," using pieces of art history to illuminate both the pain and resilience of her subjects. 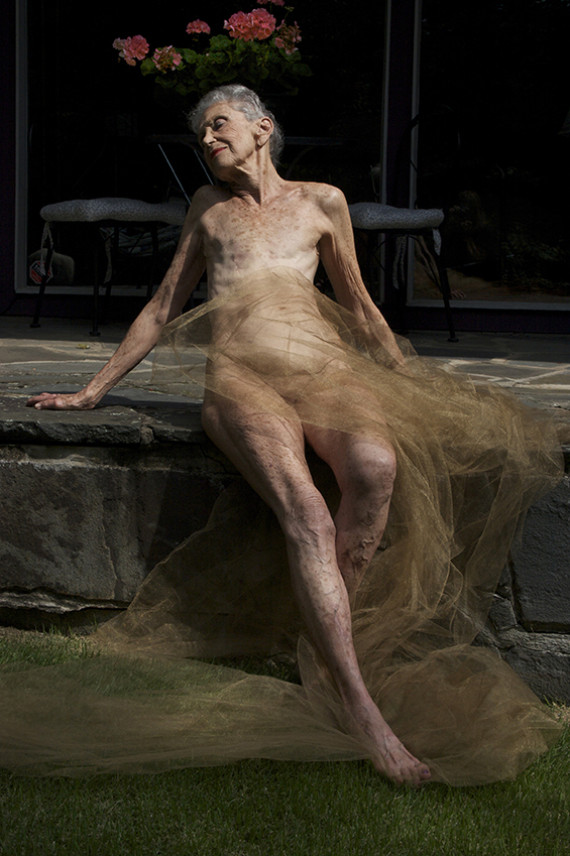 The project started in New York City, when Isis began seeking out participants who'd experienced mastectomy surgery. She captured portraits of the women, mostly unclothed, exposing a range bodies and identities. From survivors who've opted for reconstruction to those who have not, the series celebrates women of all ages, challenging the beauty of the naked form in the context of art and contemporary photography.

The connection between the relics her images are based on -- existing today in varies altered states -- and the transformed women of her frames, is not lost on Isis. "I loosely use Hellenic sculpture as a visual reference for the portraits," the photographer writes on her website. "These dismembered artifacts have survived the trauma of history and are still valued as objects of beauty within our culture."

Isis has also embarked on a cross-country tour, traveling throughout the United States over a two-year period to photograph women outside of New York. In the end, she hopes to turn what's become an exhibition into a book, showcasing the brave subjects who bared their bodies for the camera, in the name of survivor solidarity.

Scroll through a preview of the portraits below and let us know your thoughts on the images in the comments. To get involved with the "Grace" project or donate to the series, check out Isis' website here.