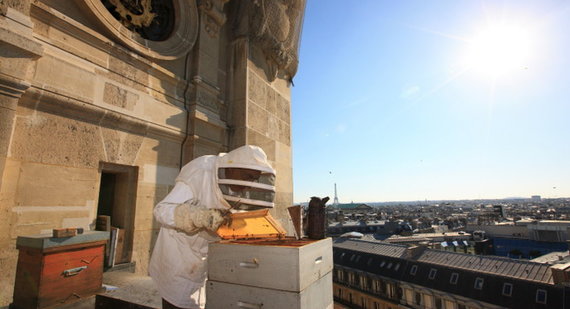 The Paris Opera House, the Palais Garnier, is a proud producer of its own honey, thanks to a few bee houses of its very own historical rooftop. How very cool!

The multitude of tiny insects flying around the capital seems so country-like! And yet they do have the best viewing spot of the city. And they produced sought-after pots of gold.

I used to take dance classes at the famed Paris Opera - when I was a child with hopes of becoming a real ballerina - and we, children, used to sneak onto a part of the multi-level roof, accessed by the round windows with wide ledges. 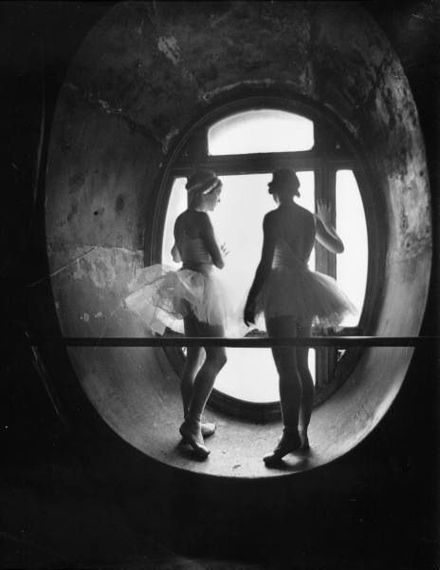 This was highly forbidden of course, but we were nimble little things with a fierce determination. There were no bees then.

The Opera National of Paris is known to shelter its "Petits rats" (or little rats, as the kids dancers are named), but also for a prime location for bees. Granted, all graceful beings.

Five bee houses offer exceptional breeding conditions for the bees. The fragrant nectar of the surrounding avenues many tall trees are vital for food. Thank to the local linden trees, the honey produced carries their fragrance in a strong taste. 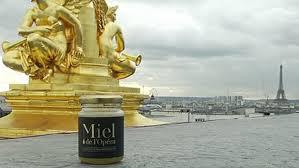 The many trees of the capital, along with weeds and flowers, give the honey its fruity/nutty/green flavor, used by many of Paris chefs and pastry makers. Some half a million bees produce the most expensive but pure honey in the world.

Most specifically, the environment on the roof has no pesticide or treatment of any kind. Natural bees, organic honey! While the opera bees are striving, in the past 10 years, France has lost 30 percent of its bee population, jeopardizing the very livelihood of many bee specialists.

According to Céline Ducruix, a pesticide scientist, the honey produced on the roof of the Opera only contains two of the 76 principal pollution agents categorized.

Looked after by the family-founded company MUGO, calling themselves editors of nature, they are urban bee-keepers and producers of the golden liquid.

The Paris Opera House is a 19th-century architectural masterpiece built by Charles Garnier . Inaugurated in 1875, it was commissioned by Napoleon III, as part of the city's master renovation plan carried out by architect Baron Haussmann.

The project was the subject of a design competition won by architect Charles Garnier (1825-1898). The foundation stone was laid in 1861, and the actual construction started in 1862.

An adorable legend is that the Emperor's wife, Empress Eugénie, asked the architect if the building would be of Greek or Roman style, to which Garnier proudly replied:

"It is in the Napoleon III style, Madame!"

The 2,200-seat historical monument is open to visitors during the day (every day tours are 10 a.m. to 5 p.m.; 11 Euros - free for the unemployed) and of course to music and dance lovers in the evenings. The magnificent ceiling of the main lobby was painted by Chagall. 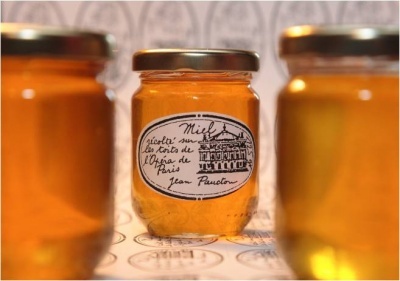 The honey (miel in French) is sold at the Opera house boutique (and at their online link as well) and at few gourmet shop around Paris.

Stay tuned, my next story will be about the Phantom of the Paris Opéra.

Questions / Comments = sidoniesawyer@gmail.com.
Visit my website to read more of my stories.