Sifting through a presidential candidate's website is one of the more accessible ways to delve into the minds of those running to be the leader of the United States. But some of their websites don't dive very deep into how they plan to address the current issues facing society. Here, 20-year-old me will dig into how the top ten Republican candidates' websites confront the issues and provide them a letter grade based on their detail and variety.

Kasich's issues tab begins with "The Kasich Action Plan," which takes you to an option to download a file detailing the Ohio governor's economic plan. It's more detailed than most of the other candidates' economic plans and conveniently stays on your computer in your downloads section, so you don't have to re-access the website to re-read it.

Other issues on Kasich's site include education, national security, health care, the second amendment, abortion and welfare. The site successfully persuades readers into believing Kasich can accomplish what's listed on his site by listing his past accomplishments as governor. And while other candidates' sites list more issues than Kasich's few, if any, do a better job of persuading readers into believing he can accomplish what he sets out to as president. 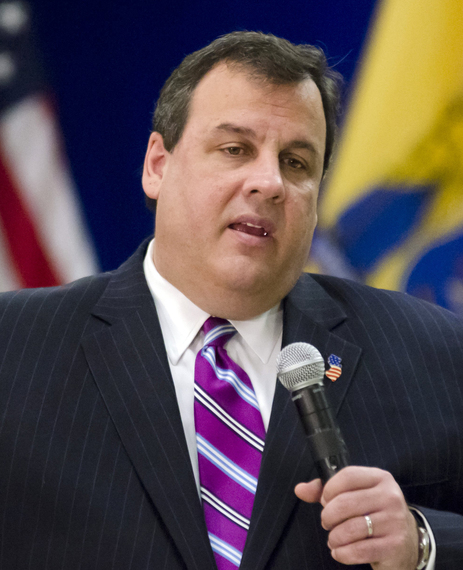 Christie's slogan of "Telling It Like It Is" is sort of depressing, and is displayed in the top left corner of his sites homepage. Then his issues tab hits you with what I took as a brag: "Governor Christie Has Brought Unprecedented Conservative Reform To One Of The Bluest States In America." But the first issue shown on the page is one that millennials seem to think is in dire need of addressing -- criminal justice reform.

The second issue of social security switches focus to an older generation, and the third, fourth and fifth reunite the audiences by talking about foreign policy, education and the economy. His issues end with immigration and healthcare for veterans.

So Christie's site delves into fewer issues than Kasich, but like Kasich's, he uses his past experience and accomplishments as New Jersey governor to convince readers of what he can do as the country's leader. But frankly, his site's persuasion falls short of Kasich's, and his detail does, too. 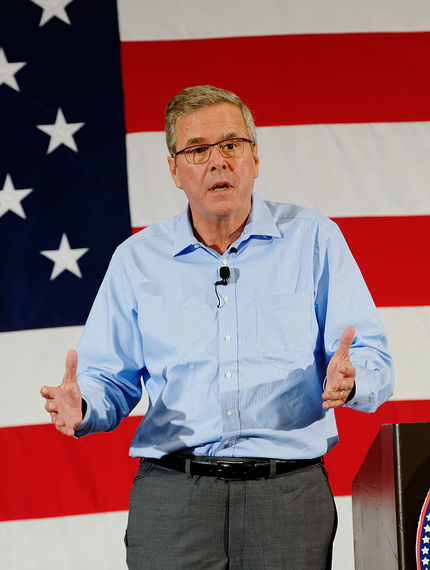 Whoa, immediately you see the difference in the variety of issues Bush tries to cater towards compared to Christie and Kasich.

His first category is titled "Safer," and the first tab underneath it is "Defeating ISIS." The detail under this tab is straightforward and convincing, and is one of the most convincing tabs of all the candidates' tabs addressing the terrorist group. And the rest of the tabs follow suit. Bush has created one of the most practical sites in terms of catering to the widest audiences possible, and includes great depth, as well. It also includes links to personal op-eds, downloadable and external links. It's one of the better websites of the current candidates. 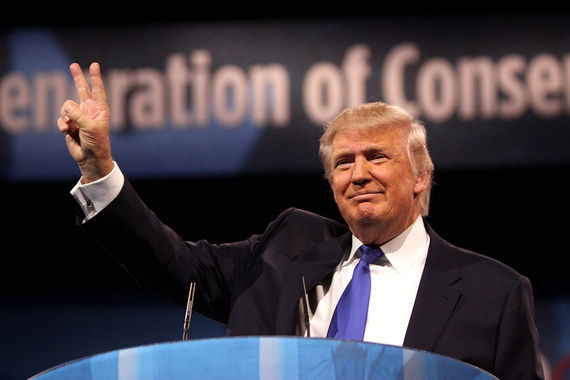 We've arrived at one of the most polarizing figures in politics today's sites, and it's easy to tell from the start that Trump's site doesn't command the attention the man it advocates for demands.

If you've ever watched a GOP debate, or just heard Trump speak at any public or televised event since announcing his candidacy, you know he speaks on his own terms. He says what he wants when he wants to, and his lack of political correctness is a factor that has contributed to his lead in virtually every statewide poll today. His site addresses five issues: U.S.-China trade reform, veterans administration reforms, tax reform, second amendment rights and immigration reform. But admittedly, while some may view his issues focus as self-driven, his plans to address these issues are laid out well, and without filter.

With that said, he needs some diversity on his webpage. Or does he? He would probably argue differently, as up to this point, the unconventional strategies he has been using have propelled him to the top--for now. 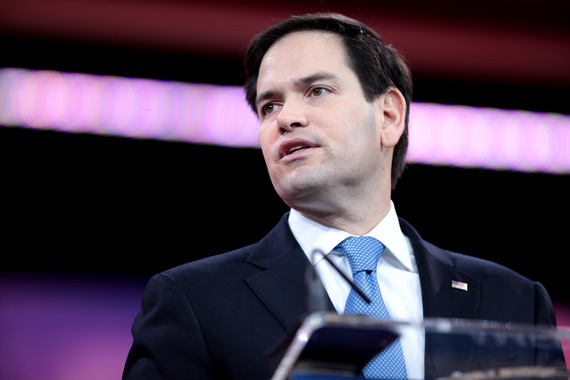 Links to issues: 28, plus sections aimed at different demographics

Rubio boasts the broadest array of issues displayed on his webpage: Russia, higher education, debt, taxes, you name it -- the guy didn't forget much.

And he didn't forget details, either. From economic statistics, proposals and videos under the taxes tab to videos OF HIM talking about how "America's Education System Needs A Disruption," Rubio boasts the best website of all Republican presidential candidates. Plain and simple.

His tabs catering to different demographics like farmers, veterans, small business owners and families do a fantastic job of connecting with those audiences. And not only does Rubio's site do a great job of detailing what he wants out of every issue fathomable, it also does the best job of painting Rubio as a human being and nothing more. It's clearly above the others. 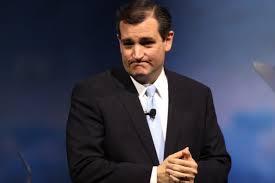 Did anyone else notice Cruz's site is -.org, while the other candidates' sites are -.com sites?

Cruz's site is akin to Trump's in that it holds nothing back, but antonymous in that it explores a wider variety of issues, and issues that the average person can more identify with.

His site doesn't cower away from his advocacy for diminished big government power and his belief that recent presidential administrations have made Americans less free by allegedly expanding presidential authority beyond what is defined in the Constitution. It offers lots of promises, sure to excite the more optimistic crowd, but little tangible reason for the more pessimistic crowd to believe he can carry those promises out.

But as I said about Trump, the strategy seems to be working, as Cruz trails Trump closely in the polls. Maybe websites are obsolete? Maybe I don't know how to grade websites after all. You got this far. 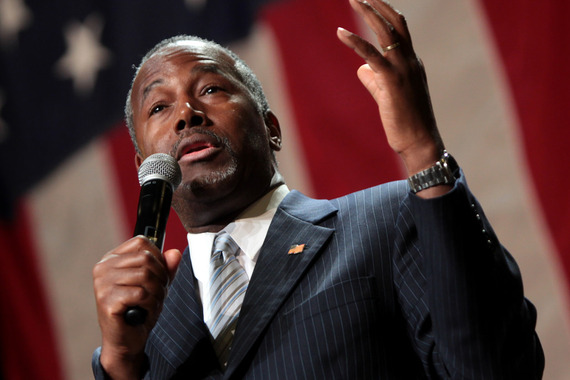 Carson's site falls victim to the "I will" monster, too. Lots of promises, with no blueprint on HOW he'll do what he promises. It's probably the least detailed site of all of the Republican candidates. There's just nothing special about it. 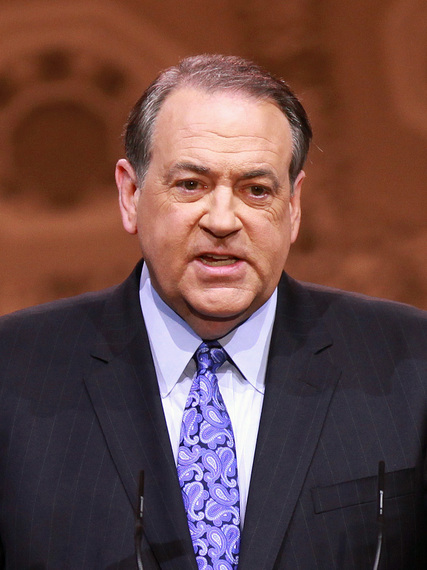 Huckabee's site is even more of an "I will" monster victim than Carson's, and also doesn't provide much of a blueprint to back up the promises. The only reason it gets a higher grade than Carson's is that it includes his record as governor of Arkansas, where there are actually some bright spots. 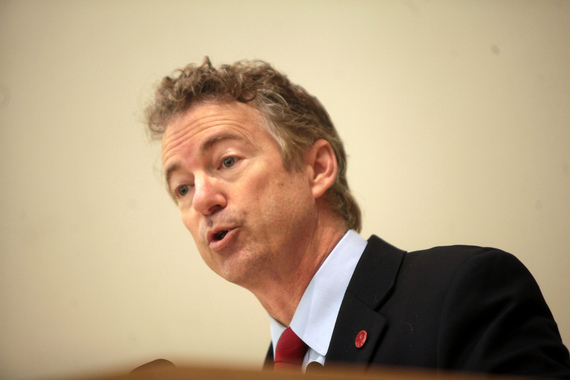 Paul probably has the most visually appealing website of all of the Republican candidates, which earns him a few bonus points. But most of the content within the tabs is very thin.

His tab for taxes includes a comprehensive plan to "blow up the tax code" and restructure the country's tax system, a breath of fresh air from the last few sites listed. But the rest of his site states personal beliefs as the reasons for his policy desires. This just does not work as well as facts or prior accomplishments, the reasons Rubio's, Bush's and Kasich's sites succeed. 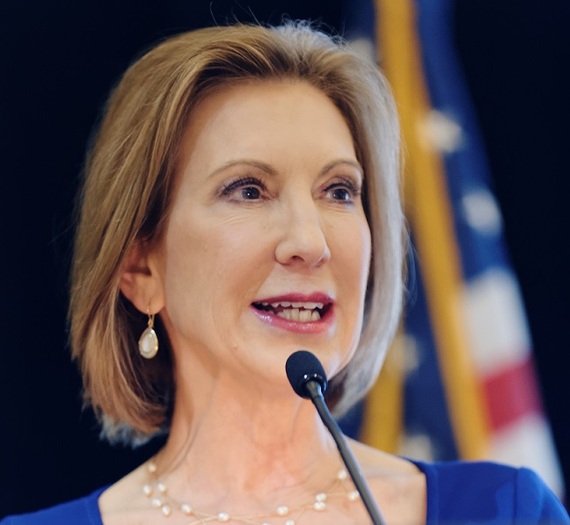 It was easy to foresee Fiorina's immediate focus on the economy on her website, as she shares a business background with Trump, who also allocates a majority of his focus to money.

She shares a plan to "radically simplify" the country's tax code from the 73,000-page tax code by the IRS to three pages. That's 72,997 less pages. Bold strategy.

But past money, the only issues her site displays are abortion, immigration and ISIS. It's not all-encompassing like Rubio's and doesn't offer detail like Bush's. Candidates like Fiorina, Trump and Carson are immediately disadvantaged because they can't play off of their prior political experience to make points. And Trump still leads the polls.

Fiorina's site needs to include her stance on more issues, just like Trump's site. So why does it work for him and not her? Who knows?

This article's headline was changed at 10:20 p.m. to reflect that the Republican candidates listed in the article are the top ten candidates currently in the GOP race.