If you listen carefully, all across the country you can hear tassels flipping from right to left. It's graduation season, which means a slew of newly minted graduates are entering the job market. In fact, according to the National Association of Colleges and Employers, which tracks college hiring, employers expect to hire 5.2% more new graduates this year than in 2015. 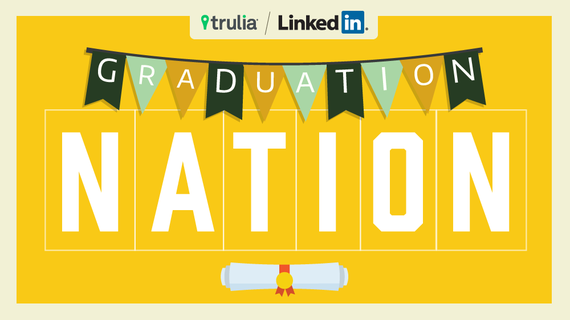 Great news if you're a new graduate, right? Not so fast. Besides your industry and experience, some of your success landing interviews and getting hired can be influenced by where you live -- certain cities have more career opportunities, not to mention a rental median and cost of living that are amenable to an entry-level salary.

Factoring in affordability, a sizable population of recent grads, and entry-level job availability data from LinkedIn for 40 top U.S. metros, Trulia ranked the 10 best and worst cities to launch your career. We also looked at the cities with the highest entry-level salaries to see if they could cover your new monthly rent. Time to start packing!

Of the 10 top metros for new grads, half are in Pennsylvania and Ohio, with Pittsburgh, PA, nabbing the top spot. The Steel City is ranked first on LinkedIn's New Grad Index, 92% of its real estate could affordably be rented to recent college grads, and educated young people make up more than 5% of its population. Some of the largest employers in the 'Burgh include Westinghouse Electric, the University of Pittsburgh Medical Center, and Alcoa.

Median rental prices for the rest of the top 10 metros run from $900 per month (for apartments in Kansas City, MO) to $1,750 per month (Nashville, TN, apartments). If you're not ready for big-city living, the Pennsylvania suburbs of Bucks, Montgomery, or Chester counties may be a good fit for you. Close to both Philadelphia, PA, and New York, NY (Bucks County is situated right between the two cities), the region is home to a ton of pharmaceutical companies (Teva, Wyeth, Merck, and Siemens Medical Solutions, to name a few), health-care systems, technology hubs (Lockheed Martin and GSI Commerce), and even QVC. 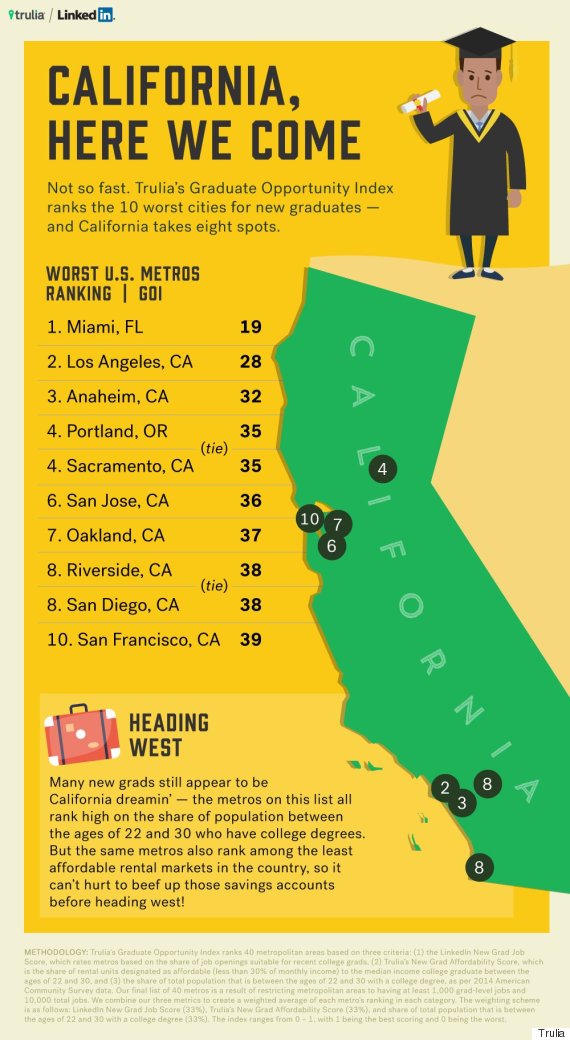 Moving to California after graduation is a dream for many young professionals. Unfortunately, according to Trulia's Graduate Opportunity Index, eight of the 10 worst metros for new college grads are in the Golden State -- but it's not for lack of jobs. Pacific Coast cities rank low in affordable rentals and homes for recent grads. If you plan to move to California, make sure your personal finances are in tiptop shape and you have a plan to keep saving money.

The only Eastern city to make (and top) the list is Miami, FL. Although Pitbull may swear residents of the 305 have the utmost hustle, Miami had the lowest score due to few entry-level jobs, only moderate affordability, and a small population of recent college grads. The median rental price of an apartment in Miami, FL, is $2,250, while the median income for a college grad is $24,000. 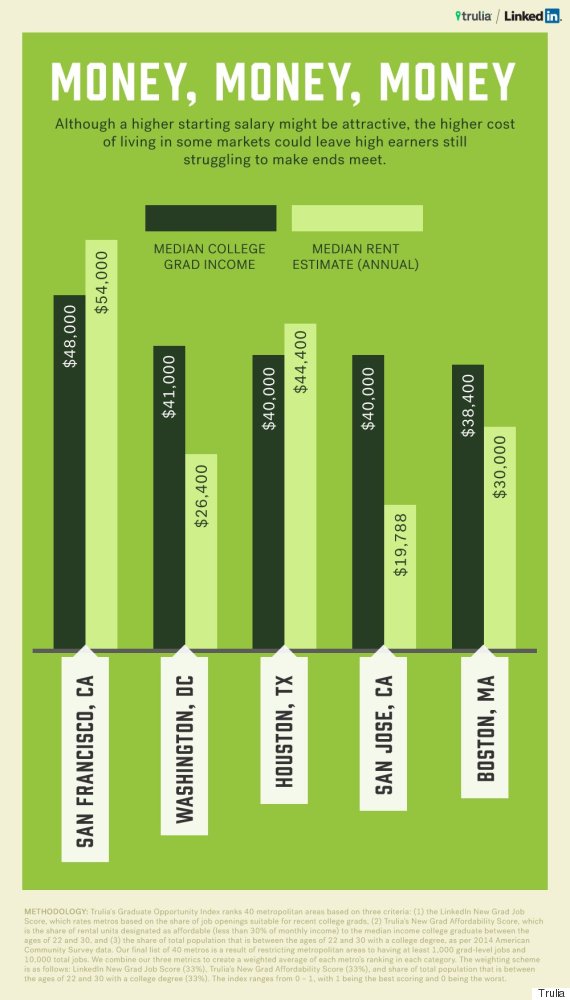 Will your dollar stretch far enough?

And finally, the worst areas for new college grads when it comes to starting salaries and rental affordability are again well-represented by California -- San Francisco, CA, and San Jose, CA, make the top five. Washington, DC, and Boston, MA, two cities notorious for high costs of living, also make the top five. If you follow the general rental rule of thumb that rent should be 30% of your income, living in these five cities would put you well in the red. San Francisco's rental cost in comparison to salary is particularly alarming, but it might not be surprising (with a month's rent in San Francisco, you could buy 143 Ghirardelli Earthquake Sundaes, remember?).