Just like the Oscars, conversation has been stirring about the whitewashing of the Grammys. In the past six years, Best Rap Album has gone to a white guys four times: three wins for Eminem, the other to Macklemore & Ryan Lewis. In the big four categories, there were no black artists (or artists of any color) up for Best New Artist, Record of the Year or Song of the Year (Album of the Year included Beyonce and Pharrell).

While it's hard to base a statement on representation presented from one year, the folks at Vocativ have put together a chart monitoring the nominees in these four categories starting in 1960. The trend lines show the Grammys are the whitest they have been in 35 years. 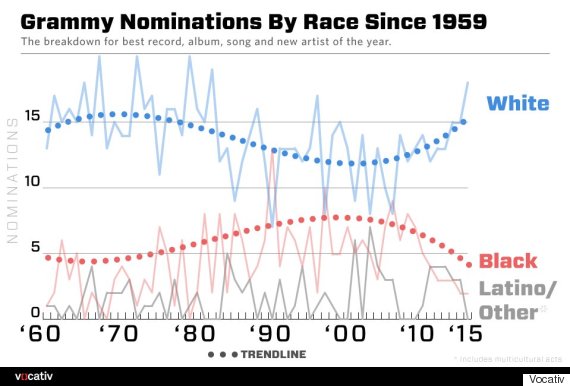 Vocativ looked further than the Recording Academy, examining the disparity in race on the Billboard Hot 100 chart. Starting in 1965, the chart shows extremely similar movement, heavily white in its earlier years, balancing out in the late '90s and early 2000s, climbing back towards where it started through 2015. 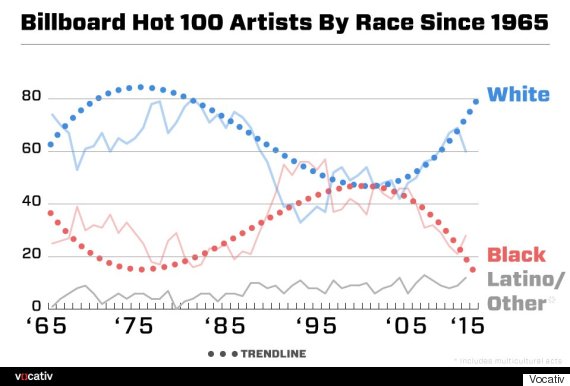 For more information, head over to Vocativ. 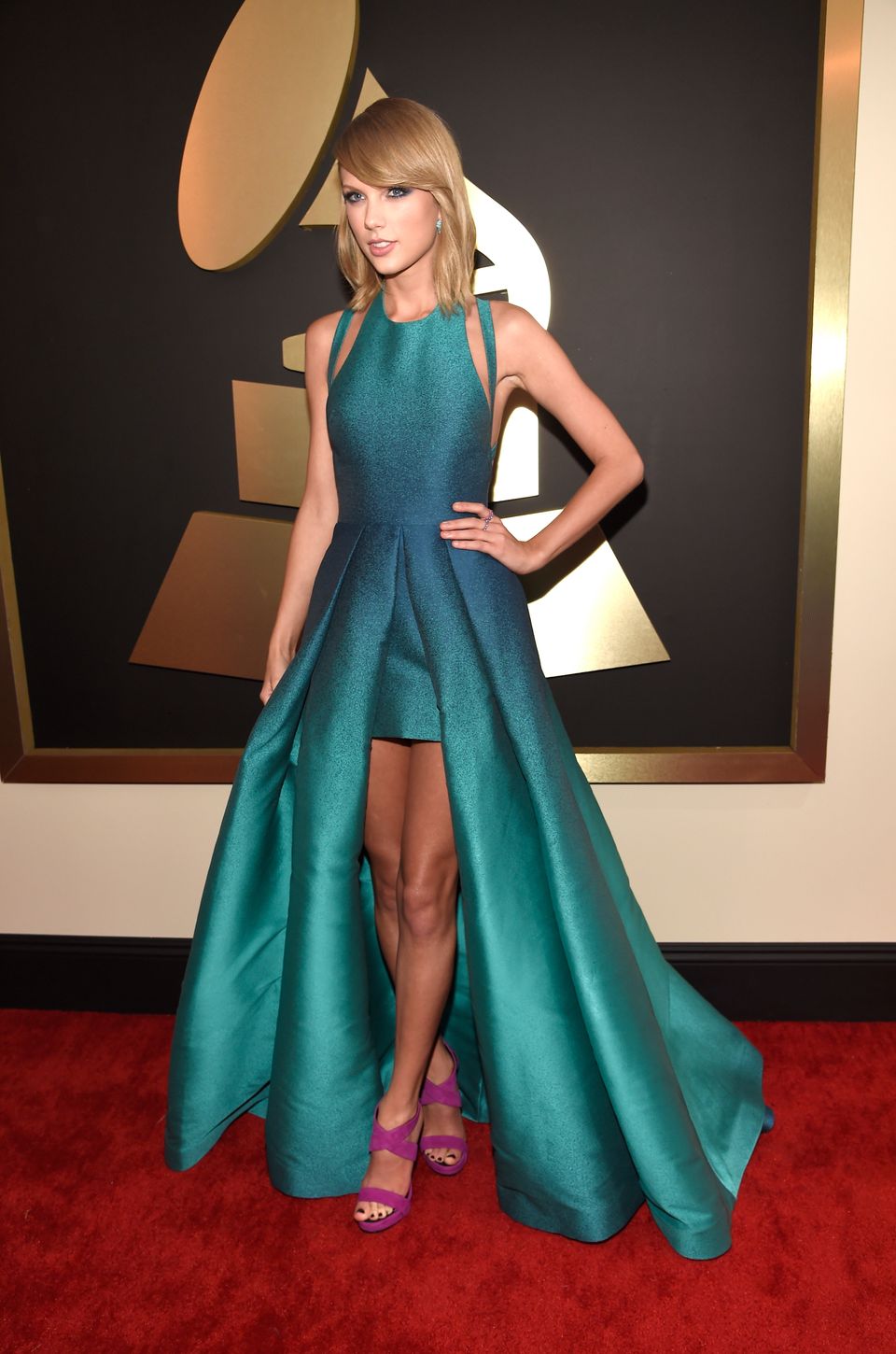