The the first comprehensive survey documenting the work of AIDS activist art collective Gran Fury from 1987 to 1995 will be on display at 80WSE Galleries in New York City from January 31 to March 17.

The exhibition, curated by Gran Fury and 80WSE Assistant Director Michael Cohen, consists of 15 pieces including give-away reproductions. Gran Fury has reconstituted all but two of the works from archival documentation for this survey with the assistance of the 80WSE staff.

Gran Fury named itself after the model of Plymouth automobile used by the New York City Police Department and created public projects -- including billboards, postcards, video, posters and painting -- to convey the urgency of the early AIDS crisis.

Gran Fury's work raised public awareness of AIDS and put pressure on politicians, while sparking debate in sites ranging from the Illinois Senate to the tabloid press of Italy. Bridging the gap between Situationist site-specific art strategies, post-modern appropriation and the Queer activist movement, Gran Fury has been influential to later practitioners. Their work opens up a broader spectrum of understanding about the political and collective art practices that flourished in downtown New York during the ‘80s and ‘90s.

Many of Gran Fury's most important public works -- "Kissing Doesn't Kill," "Welcome to America," and "Women Don't Get AIDS" -- will be reproduced in large-scale mural formats. There will also be a projection of the "Kissing Doesn't Kills" video public service announcements in the gallery along with never before seen outtakes. In addition, the exhibition includes several notable giveaways including "Men use Condoms" in an edition of 3,000 and postcards from the “Read My Lips” series. Interspersed among these works will be texts and photos that recreate the social and political context which inspired AIDS activism and the demonstrations and actions where Gran Fury's graphic interventions were used.

Another part of this project includes a Gran Fury symposium with the members of Gran Fury interviewed by noted cultural theorist Andrew Ross. The event will held at the NYU/Steinhardt Art School's Einstein Auditorium at 34 Stuyvesant Street in the East Village on Tuesday, February 28 at 6 pm.

The final aspect of the exhibition is educational. Through a series of workshops, Gran Fury will work with a select group of 15 NYU students from the Steinhardt Department of Art and Art Professions and the Gallatin Activism center, as well as five participants form the Village Lesbian, Gay, Bisexual and Transgender Center to think about the contemporary relationship of art and politics, and to produce activist and collective oriented art works in a manner that is strategically functional in the current decade. The workshop participants' artworks will be exhibited in March 2012 at the Village Lesbian, Gay, Bisexual and Transgender Center. The location of this exhibition is particularly meaningful, as it commemorates the Center's role as the locus of the original ACT UP meetings that spawned Gran Fury.

"Gran Fury: Read My Lips" runs from January 31 - March 17 at 80WSE Galleries, 80 Washington Square East. The exhibition and panel are free and open to the public and the gallery is open Tuesday through Saturday from 10:30am to 6pm. For more info, click here.

Below, view a slideshow containing several works from Gran Fury. 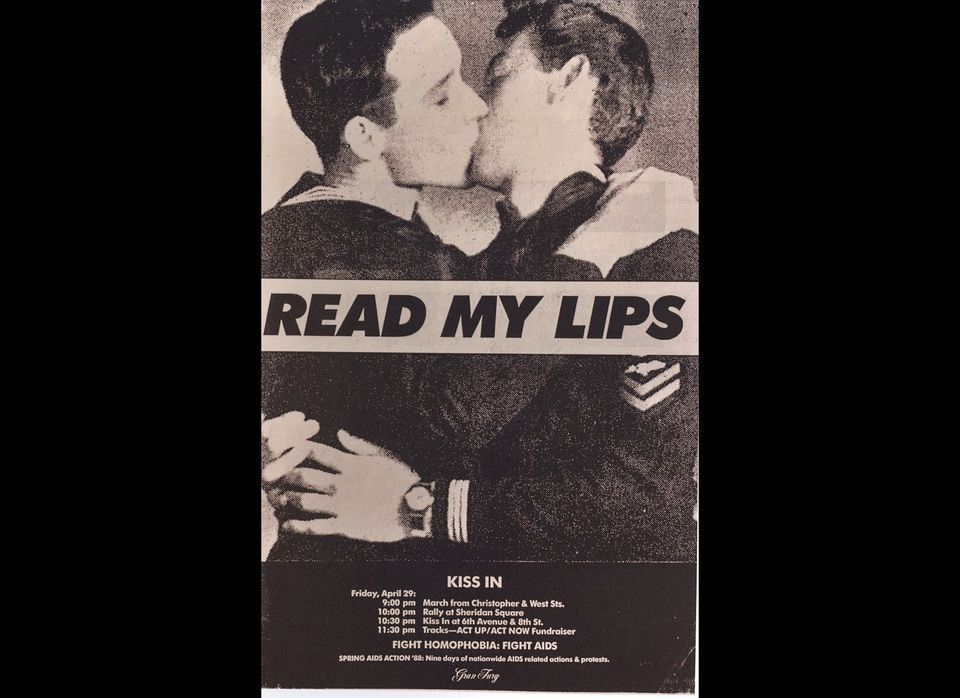