"I was REALLY close to the storm," photographer Evan Halleck says, describing how he captured this striking image of lightning bolts dancing in the sky above the Grand Canyon. "Maybe a little too close." 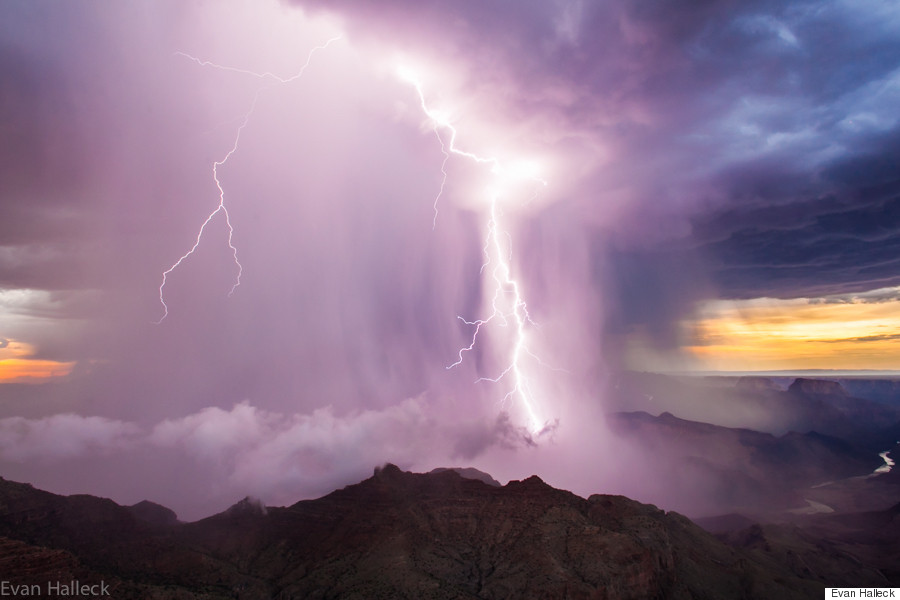 In an email to The Huffington Post, Halleck explained that he posted up on the south rim on July 2 as he noticed a storm brewing. A filmmaker by trade, the 24-year-old decided to film a time-lapse of the supercell as it moved through the area.

"I took 1,200 photos total over around a hour and a half," he said. "The storm was coming in and it started pouring rain, I was by myself so I grabbed all my stuff and ran to the car."

Halleck immediately started to look through the photos. As soon as he came across the above shot, he "screamed with joy," he told PetaPixel.

"I knew it was the best photo I have ever taken," he added to HuffPost, saying the shot put a "huge smile on my face."

Watch Halleck's time-lapse of the Grand Canyon storm below: