It was a fairytale come true for Gene Kagan and Robert Vincent Regina, who tied the knot Oct. 18 in what's believed to be the first gay wedding to be held at Manhattan's Grand Central Terminal.

"New York is our home, most of our friends and family are here," Kagan, a clothing designer and founder of Lola & Sophie, told The Huffington Post in an email. Regina, who is the owner and vice president of Almost Famous Clothing, had been dreaming of "a Carrie Bradshaw wedding," according to Kagan.

So how did the ceremony live up to Regina's "Sex and the City"-style fantasy? "I think he got it and then some," Kagan quipped.

Of course, the iconic New York location had special symbolic significance for the couple.

"One of the fun reasons we chose Grand Central Terminal is the fact that it's a terminal and not a station," said Jack Nolan, the CEO and president of The Impression Group South, which produced the event. "In early railroad parlance, stations allow travel in two directions while a terminal only goes one way. Perfect irony, absolute perfect." 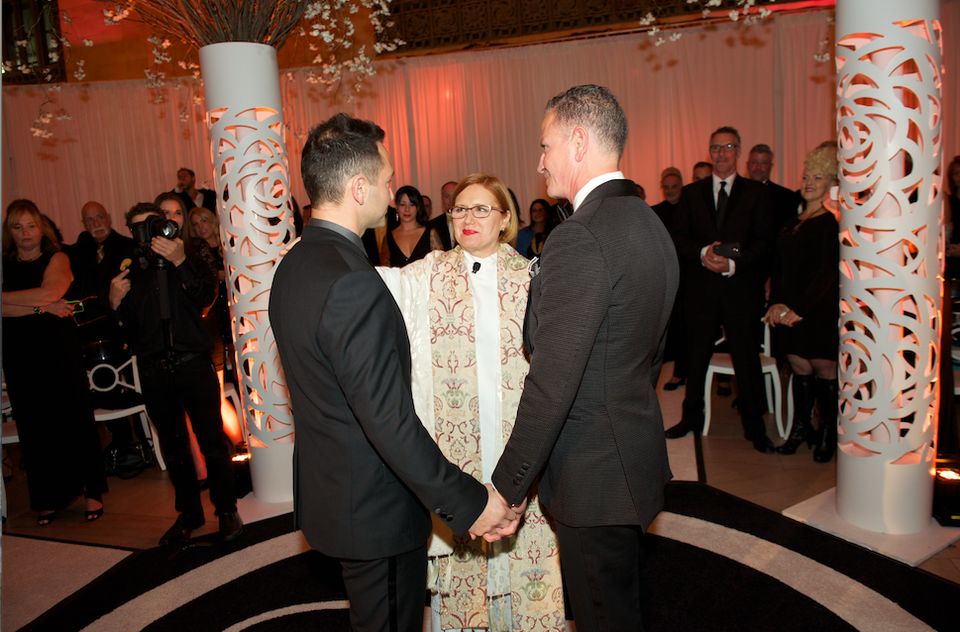