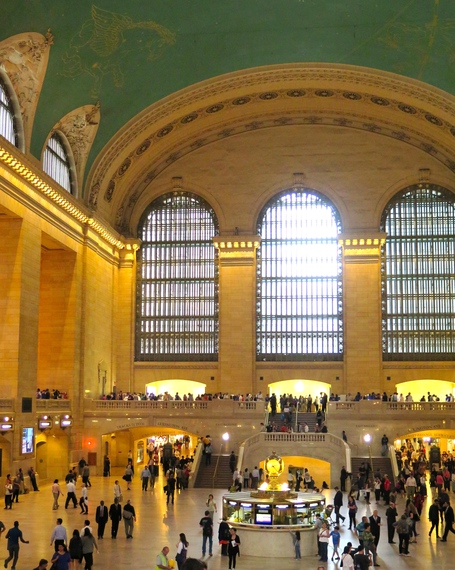 The main hall of Grand Central sees 750,000 people through their daily commutes, more people than live in the state of Alaska.

Grand Central Terminal was pioneering when it opened 101 years ago. The Vanderbilt family, a funder of the project, incorporated 60,000 light bulbs in the design to showcase the new wonder of electric power. In 1913, the 49-acre complex was the largest rail terminal ever built and the first to replace staircases with sloping ramps for passengers to exit trains with luggage. Today, it remains the largest interior public space in New York and the second most visited site after Times Square.

It also continues to be a design innovator. Last week, Metro-North, a subsidiary of the Metropolitan Transportation Authority (MTA), won a BuildSmart award for its four-year, energy-saving renovation project of Grand Central. Governor Andrew Cuomo created the BuildSmart initiative to encourage investment in energy-smart building technologies.

The award was timely as it coincided with Mayor Bill de Blasio's announcement that NY will become the largest city in the world to cut its greenhouse gas emissions by 80 percent below 2005 levels by 2050, primarily through improving energy systems in existing buildings. According to the Mayor's office, Grand Central's retrofit, which added new technologies into a previously manufactured structure, will save the city $8.5 billion and create approximately 3,500 new jobs over the next decade. 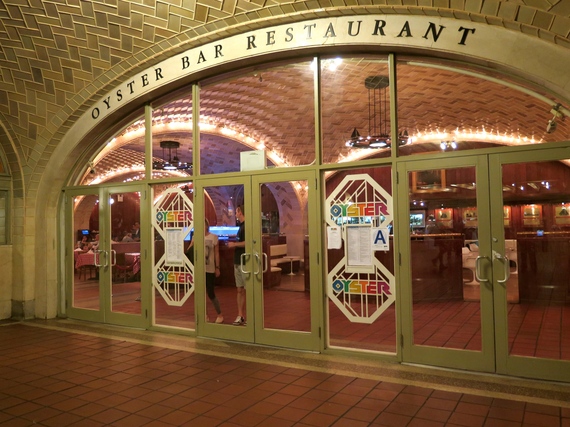 Located on the lower level of Grand Central, the Oyster Bar & Restaurant is the only remaining original tenant.

Grand Central is an example of a retrofit of a National Historic Landmark (NHL). NHL designation means there are more regulatory obstacles to making changes to the existing complex, but this case showed that historic buildings can be updated to meet new standards without changing their character.

"The change in light tone is so minimal, most people coming through here are moving so fast that no one would notice," said Rick Jenkins, a worker in the Station Master's Office. 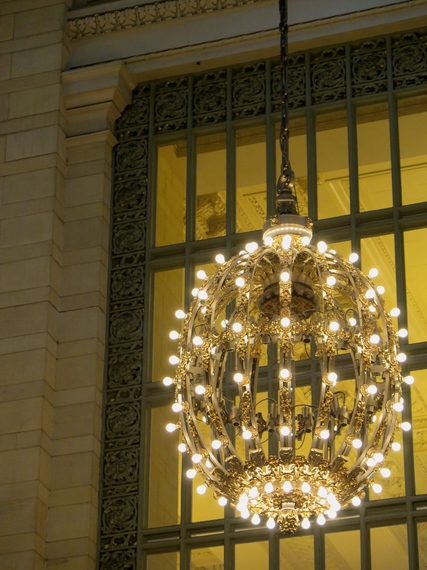 The ubiquity of raw bulbs in the decor of the station reflects the Vanderbilts' desire to showcase the innovative turn-of-the-century invention: the electric lightbulb.

The upgrades to the terminal's utility infrastructure- light fixtures, pumps, chillers, cooling towers, compressors, air handlers, steam pipes, and smart meters- will cut 10,000 tons of Metro-North's carbon emissions, according to the MTA. The terminal also received a unique cooling system, which uses half as much energy as a conventional system.

"I remember when they closed the station one weekend morning and shut down 42nd Street to lift the old system out with giant cranes," said Jenkins.

The new bulbs in Grand Central will save the MTA $100,000 each year. According to the MTA, the project cost $23.4 million, which was initially paid for by the New York Power Authority (NYPA). Savings from the energy efficiency improvements allow Metro-North to pay back the NYPA in 11 years.

"The bulbs are really the least of what we've done. We've replaced leaking steam pipes and installed more efficient machines. Are we going to be driving trains with solar power? Probably not," said Marjorie Anders, a spokesperson for the MTA.

The city will now need to look at other transit hubs to meet the new environmental targets. Donna De Costanzo, a Northeast Director at the Natural Resources Defense Council, highlighted the opportunity to use more renewable energy.

"A city of rooftops - the potential for solar here is tremendous. Solar on transit centers, in particular, can be a great opportunity not only to supply a portion of the energy needs of the facility with clean, renewable power, but also to reach the thousands of commuters who pass through them on a daily basis," said De Costanzo.

Governor Cuomo has committed $94 million to solar projects across the state, including 32 in New York City.