When President Barack Obama flies to Grand Junction, Colo. on Thursday a regional conservation group is hoping to deliver a big message to the president -- literally, it's huge -- and it's one that he can see from the air as he lands at Grand Junction Regional Airport.

The Associated Press reports that a coalition of businesses called Protect the Flows pushing for conservation of the Colorado River is using about an acre of an alfafa field to deliver a three-line message that reads: "MR PREZ WE RELY ON THE COLORADO RIVER."

Protect the Flows wrote on their Facebook page that each letter of the massive message is 30 feet from top to bottom and the entire message is about 360 feet long, "equal to the height of a 36 story building."

(SCROLL DOWN FOR IMAGES OF THE CROP MESSAGE)

"If it was a company in Colorado, it would be the biggest employer," Molly Mugglestone, coordinator of Protect the Flows said about the importance of Colorado River to NBC11. "Eighty thousand people rely on the Colorado River for their job in our state, and $10 billion is brought to our state every year."

Protect the Flows reportedly got permission from a woman who grows alfalfa near the Grand Junction airport to let crop artist Stan Herd carve out the message to the president for his visit to the city during his two-day, four-city campaign stop in Colorado beginning today.

"Demand on the river's water now exceeds its supply," Mugglestone wrote in a letter to Obama, according to Politico. "As a result, we have lost 40 percent of stored water over the past 13 years on the river. Interior Secretary Salazar, along with the seven Colorado River states, is now examining how to bring the river back to balance."

In the United States, the Colorado River passes through Arizona, California, Colorado, New Mexico, Nevada, Utah and Wyoming. The river ends in the Mexican states of Baja California and Sonora emptying into the Gulf of California.

Crop message as seen from the sky, via Protect the Flows Facebook page: 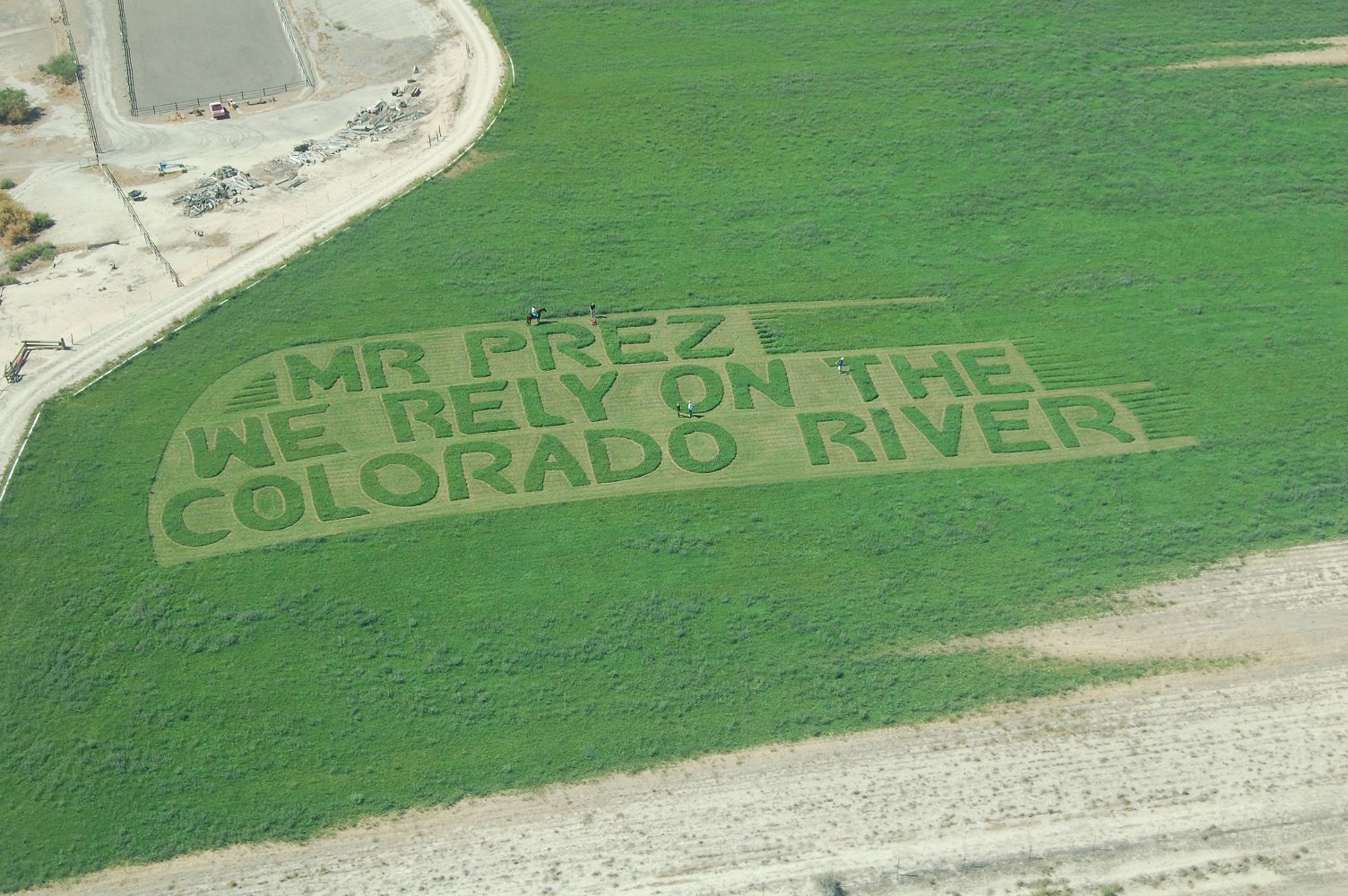 Close up of the crop message, via Protect the Flows Facebook page: 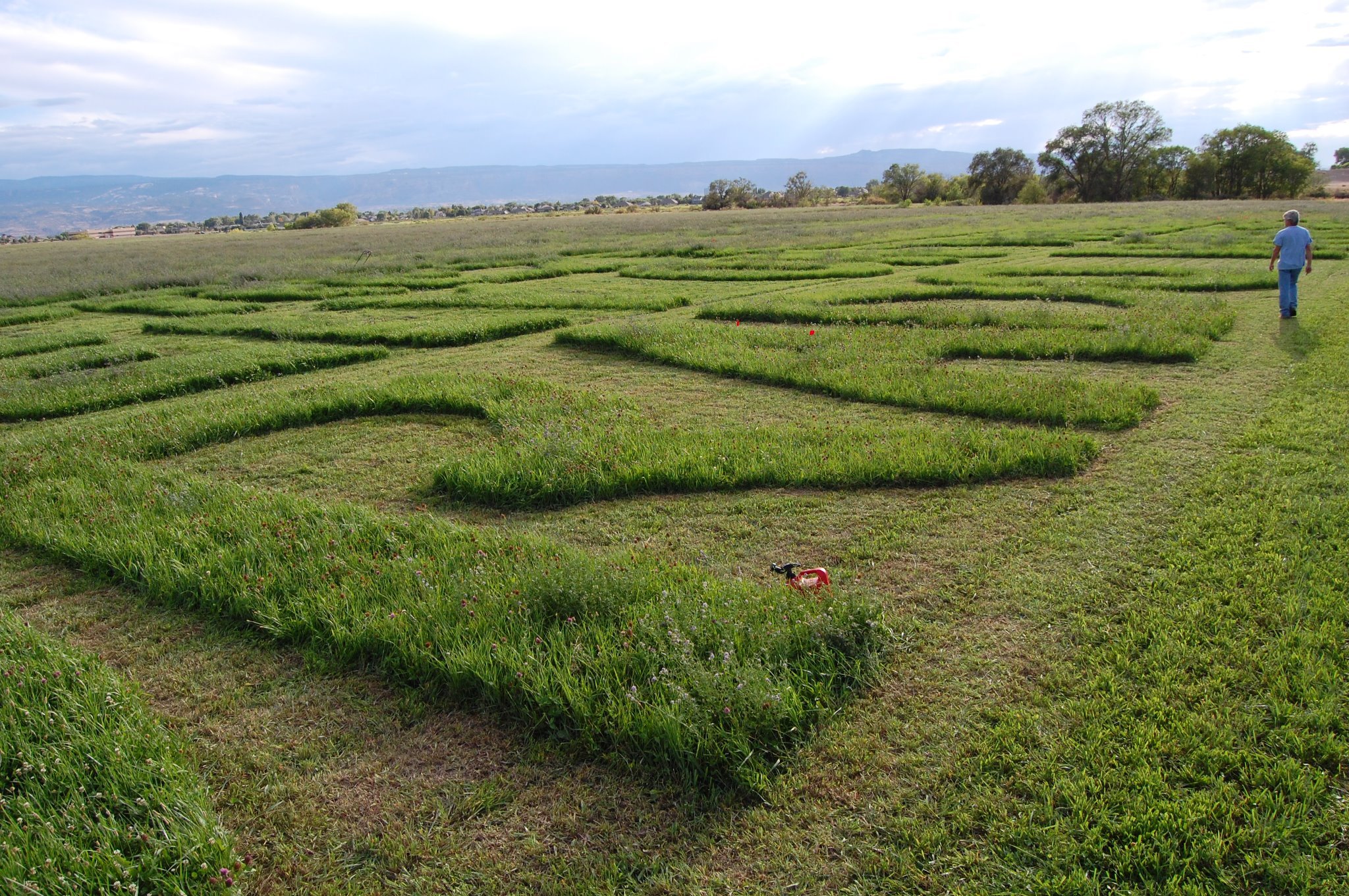