Since Mongolia's transition from communism to constitutional democracy in 1990, the East Asian country has worked to revive its centuries-old Buddhist tradition. Now, a major Buddhist site is in the works under the spiritual guidance of the Dalai Lama and organizers say it's bound to become a global hub for training and meditation.

The Grand Maitreya Project is being spearheaded by artists, developers, spiritual leaders and more in Mongolia and in the United States. The site will feature retreat and meditation facilities and Buddhist educational centers, with a 177-foot tall statue of Maitreya Bodhisattva, the Buddha of loving kindness, at the heart of it all.

“The intention is that the size and beauty of this statue will bring this symbol of love to the attention of many people around the world," Michael Fouts, executive director of the U.S. branch of the project, told The Huffington Post.

After decades of rule by an oppressive communist government, which destroyed hundreds of Buddhist monasteries, burned ancient texts and executed thousands of lamas, Mongolia transitioned to a constitutional government with a parliament and an elected president in 1990. With this change came the opportunity to revive the country's Buddhist community, to which end the Grand Maitreya Project aims to serve.

The project is currently under construction at a Buddhist holy site known as Heart Hill near the Mongolian capital city of Ulaanbaatar. Heart Hill is believed to be the place where a revered Jebtsundamba Khutuktu, or leader of Mongolian Buddhist, lived some 300 years ago, Fouts said.

"It is very special and auspicious for the Mongolian people to build symbols of love and Buddhist centers on this site, as well as to receive teachings here," Fouts said.

Other elements of the site draw from the country's Buddhist history, including the Maitreya Bodhisattva statue which was designed in the likeness of a 17th century statue sculpted by Zanabazar, the first Jebtsundamba Khutuktu and a famous Mongolian artist known as the "Michelangelo of Asia."

"The whole concept is one we support -- a free expression, forward- and outward-looking and hopeful for the future, of the Buddhist roots of Mongolian culture," said Thurman's son, Ganden, the executive director of Tibet House, in an email to HuffPost.

The site is projected to be completed by 2018, Fouts said, and will be open at no charge to the public. The statue site and educational facilities are intended to be home to a new holy place for the Dalai Lama, who has visited Mongolia on several occasions in recent years. 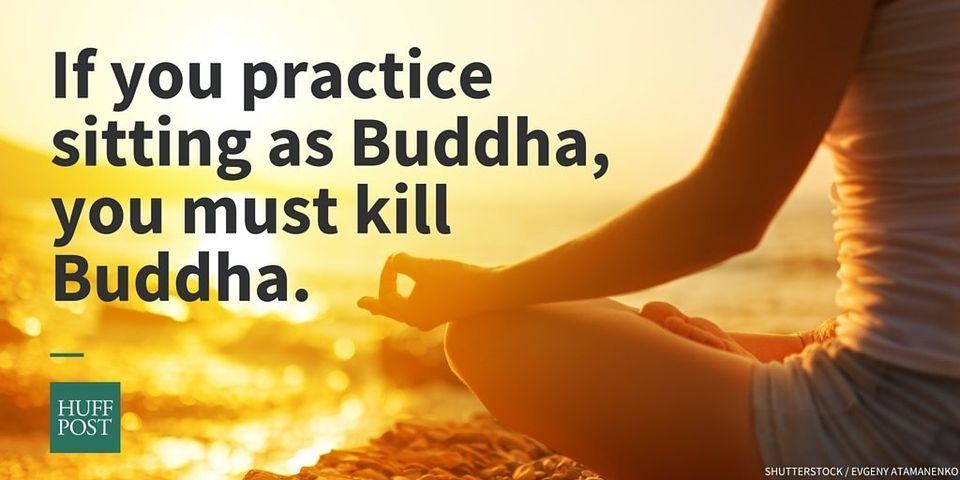 1 / 5
<strong>Dimitri Ehrlich</strong><br>Songwriter, Author, Father<br><br><i>When asked why he practiced zen, the student said, &ldquo;Because I intend to become a Buddha.&rdquo;</i><br><i>His teacher picked up a brick and started polishing it. The student asked &ldquo;What are you doing?&rdquo; The teacher replied, &ldquo;I am trying to make a mirror.&rdquo;</i><br><i> &ldquo;How can you make a mirror by polishing a brick?&rdquo;</i><br><i>&ldquo;How can you become Buddha by doing zazen? If you understand sitting Zen, you will know that Zen is not about sitting or lying down. If you want to learn sitting Buddha, know that sitting Buddha is without any fixed form. Do not use discrimination in the non-abiding dharma. If you practice sitting as Buddha, you must kill Buddha. If you are attached to the sitting form, you are not yet mastering the essential principle.&rdquo;</i><br><i>The student heard this admonition and felt as if he had tasted sweet nectar.</i><br>-- Dōgen Zenji<br><br>"As with most people, my spiritual struggle has always connected to the essence of this koan. It&rsquo;s important to me because it relates to the question of effort: How can I step outside of my conventional desire to gain a result from meditation practice? How is it possible to practice meditation without attachment to the fruit of our efforts? I think approaching spiritual practice this way is impossible at first, because it almost pre-supposes a certain degree of enlightenment. And yet, if we are always thinking of meditation as a means to improve ourselves, to gain something from the effort and time we invest, the entire undertaking is subverted by our ordinary mind&rsquo;s addiction to worldly achievement. The truth is, when we first take refuge in Buddha, our motivation is fear. We are afraid of suffering. We want change. Escape. Freedom. Only after we have gained some experience can we begin to shift the motivation, and explore these subtle traps of spiritual materialism. So this koan is a fantastic reminder to trust the purity of our primordial mind. To acknowledge our constant mental habit of grasping. And to see how grasping obscures our innate wisdom."
SHUTTERSTOCK / EVGENY ATAMANENKO