White gold, they called it, the salt that made white men rich and black slaves wretched with a horrendous plight beyond all suffering in the salt pans of Grand Turk. Today the pans spread out their reddish waters across this small Caribbean island off the north coast of Haiti, virtually unused.

There's a little museum by the edge of one of these brackish ponds in the centre of the island -- the White Gold Building. It's a newish building in colonial style with an exhibition on Bermuda Sloops, used in the salt industry in the 18th and 19th centuries. 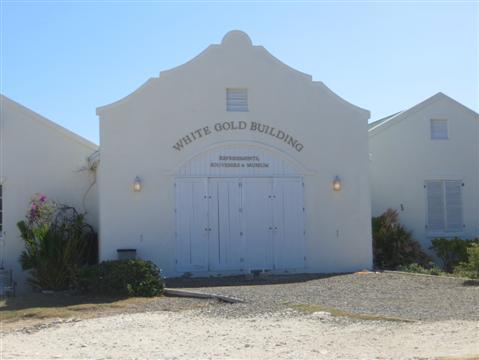 It's open on certain days and at certain hours -- and whenever a cruise ship is in port, underscoring this 6.9-square-mile speck's new source of income for the 20th and 21st centuries.

But it is a memorial plaque opposite that piques one's true interest and tears at the heart. It tells the first-person account of a black girl born in Bermuda who played a not insignificant role in the abolition of slavery in the British Empire. 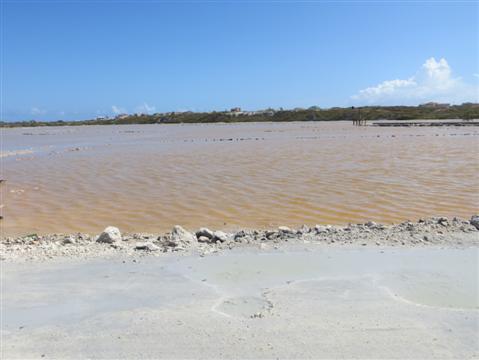 Mary Prince, born into slavery in 1788, was separated from her parents and two sisters at age 12, sold for 38 pounds sterling to a whip-brandishing master in Spanish Point, Bermuda, and shipped six years later to Grand Turk, where she was sold to a certain Mr. D for 100 pounds.

She was bought in 1815 by an Antiguan family for 300 pounds and later taken by them to England, where she served as a domestic servant as slavery had already been abolished there. 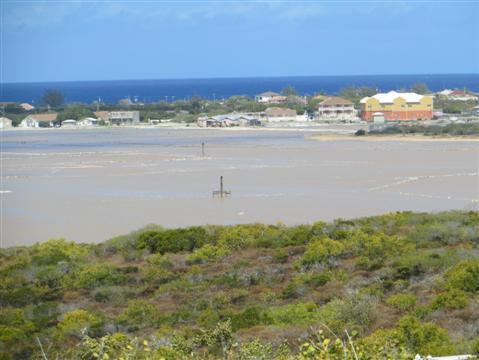 "They think that black people are like cattle without natural affection but my experience tells me it is far otherwise," she told a certain Thomas Pringle, who transcribed her words, now shining on the plaque in the place where she suffered, and published them in 1831 as a plank in the abolitionist movement.

"Work-work-work -- Oh that Turk's Island was a horrible place! The people in England, I am sure, have never found out what is carried on there. Cruel, horrible place!" 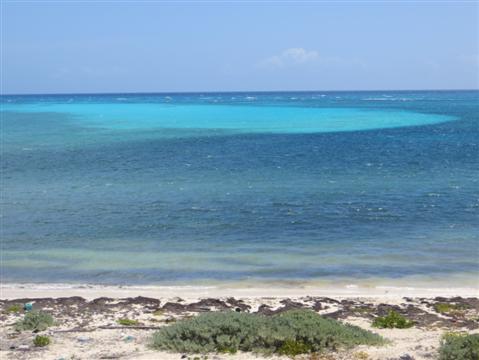 She describes how the slaves toil away from 4 a.m. till dark, standing knee-deep in salt water that eats into their flesh, right to the bone, with terrible boils, while being fed little beyond boiled corn mush.

"There was no satisfying Mr. D," she goes on.

My former master used to beat me while raging and foaming with passion... Nothing could touch his hard heart -- neither sighs, nor tears, nor prayers, nor streaming blood; he was deaf to cries and careless of our suffering. Mr. D often stripped me naked, hung me up by the wrists and beat me with cow-skin with his own hand, till my body was raw with gashes. 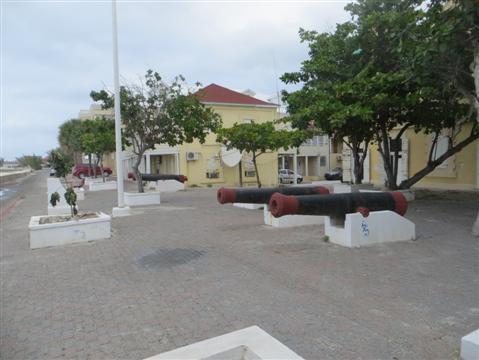 The full account, The History of Mary Prince, as transcribed and edited by Pringle, had a major impact for the abolitionist movement, reaching three editions in its first year alone. Two years later, in 1833, Parliament abolished slavery throughout the British Empire. 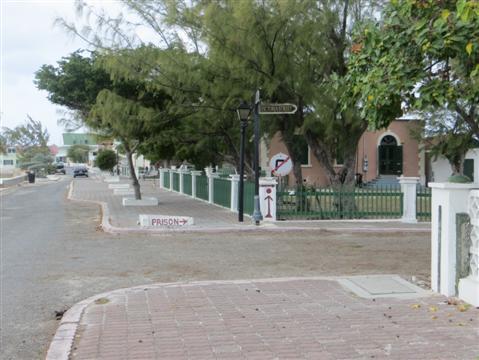 Cockburn - the prison is now a tourist site

But here, under the broiling sun of the tropics, it is the horrific suffering and shed blood that spurts through Grand Turk's memorial plaque.

It is a tale repeated hundreds of thousands, millions of times throughout the Caribbean, and further afield -- in the United States, South America, the Middle East, Asia, everywhere where slavery ruled supreme. 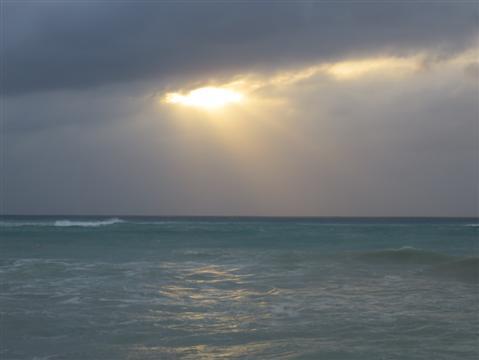 Today in Grand Turk all that now remains of that time, beyond the museum's tale, are those reddish ponds. The island holds Cockburn, the quaint little village that is the capital of the Turks and Caicos Islands, a UK overseas territory with a total population of some 50,000, about 4,000 of them living on Grand Turk.

Now it is the turquoise blue of the sea, not the white gold of the salt, that brings visitors here for scuba diving and relaxation away from the more developed resorts of the Caicos islands. There may be no scenic drama on Grand Turk but the place is beguilingly pleasant and relaxing -- except, that is, when a cruise ship is in port at the custom-built Cruise Centre at the southern tip of the island. 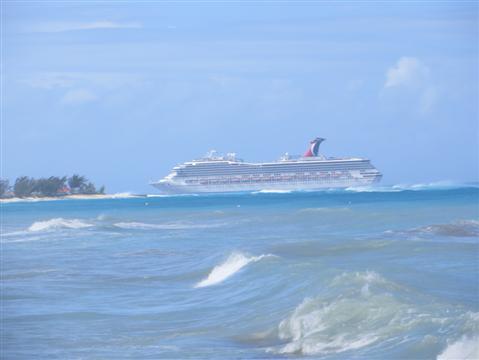 It's a riot, it's a jungle, it's rush hour. We'll fight them on the beaches indeed! You can't get to the frigging beaches. They've already been occupied, serried ranks of deck chairs, blue tents, swarming masses. Motorized toy trains and bench-equipped lorries with microphoned guides are taking the invaders on triumphal island tours. The more temerarious are helmeted up on ATVs. 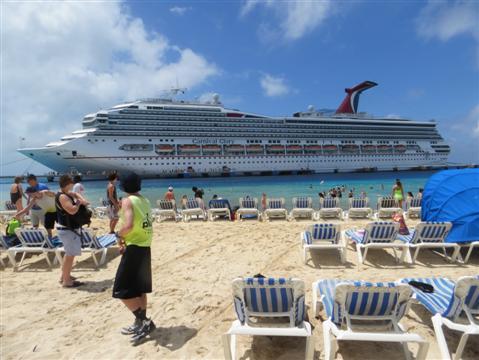 The Cruise Centre is an attractive mall-like complex at the end of the landing pier -- souvenir shops, a series of swimming pools, water slides, Margaritaville and other fast food joints with blaring music ("I Shot the Sheriff"), an idiot DJ bellowing jokes and games from a kiosk with the sign: "We are the people our parents warned us about."

Which raises an interesting question: if Carnival Glory boasts several nightclubs (doubtless with equally idiotic DJs), numerous duty-free shops, four pools, seven whirlpools, and a 214-foot water slide, what on Earth are they all doing reprising it all on land? 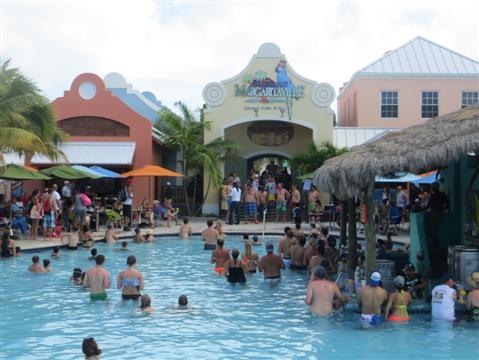 The cruise ship leaves after eight hours and Grand Turk returns to its island pace. The whole west side, where Cockburn and the little inns reside, has been denominated Columbus Landfall National Park, since some claim that it is here and not in the Bahamas that the Genoan buccaneer first set foot in the New World. 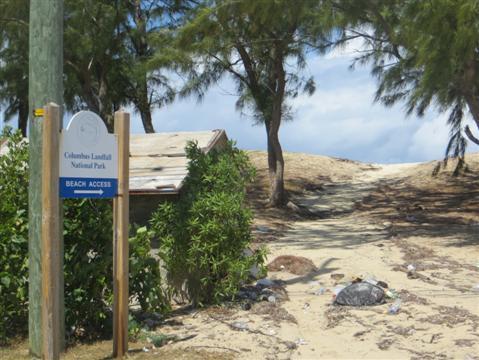 Semi-gingerbread-style Caribbean cottages line the narrow lanes, including a haunted house built in 1830 -- a certain plump gentleman with one arm said to resemble Alfred Coverley, son of the first owners, still prowls the ruin, according to a plaque at the side. In fact there are plaques everywhere relating the history of the buildings, but not one of them is as searing as that of Mary Prince. 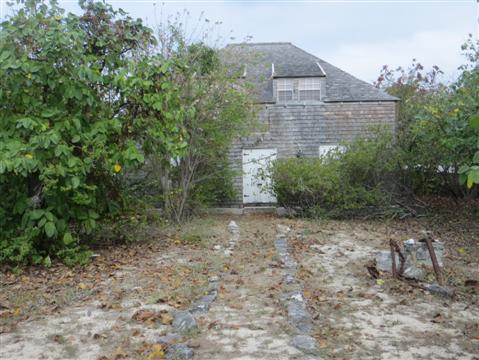 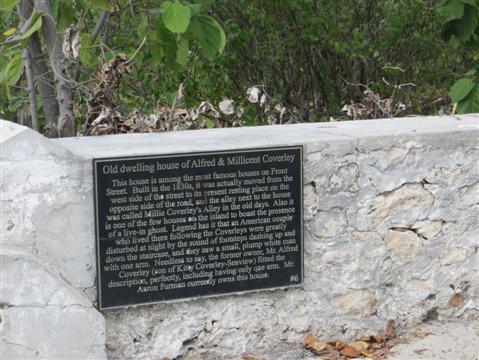 More:
slaverysaltcaribbeanturks and caicos travel
Newsletter Sign Up
An essential daily guide to achieving the good life
Subscribe to our lifestyle email.
Successfully Subscribed!
Realness delivered to your inbox