Photographer Jay Hynes recently opened our eyes up to a subject we never knew we were missing -- heavy metal grandmas. 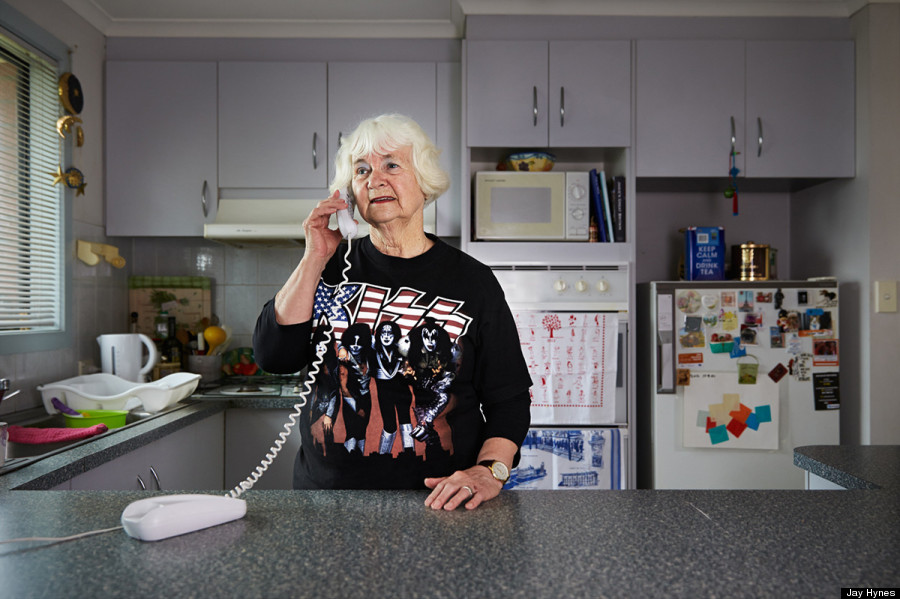 That's right, the Melbourne-based artist snapped portraits of silver-haired grannies who can rock a band t-shirt like you wouldn't believe. Showing their support for groups like Megadeth and Metallica, the retirees don the hardest of rock 'n' roll apparel in an aptly named series, "Grandmas Rock." Needless to say, we couldn't be more pleased. 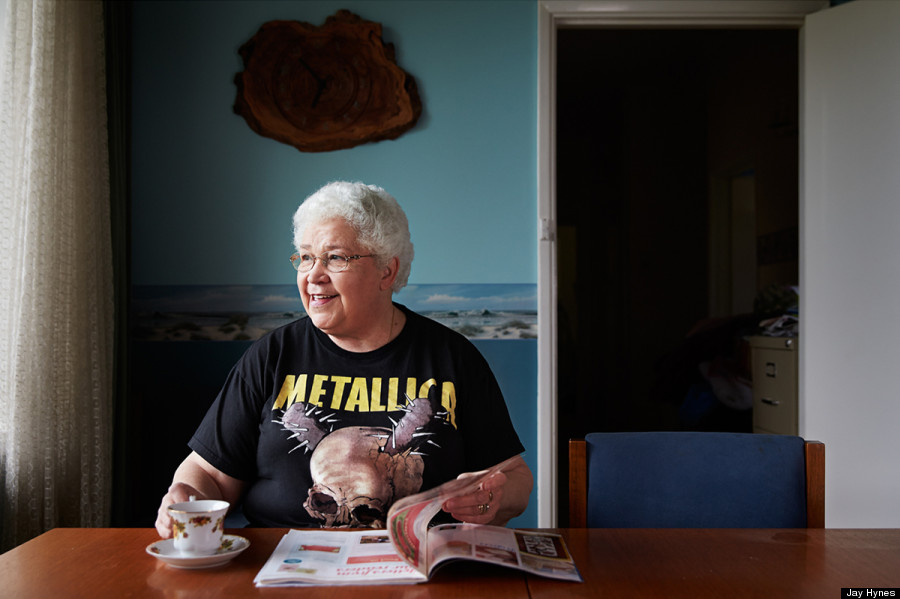 There's something hilariously strange about these awesome, anonymous grandmas, finishing the crossword puzzle and having a cup of tea -- just generally minding their own business while wearing heavy metal t-shirts. The eight-photograph-series surely makes us confront our own assumptions about our elders and their potential for debaucherous music interests. Who says members of the AARP don't love Motorhead just as much as the next person?

"The series was a way to combine my three photographic passions -- portraits, music and concepts," Hynes explained in an email to The Huffington Post. And grandmas. He certainly meant to include grandmas. 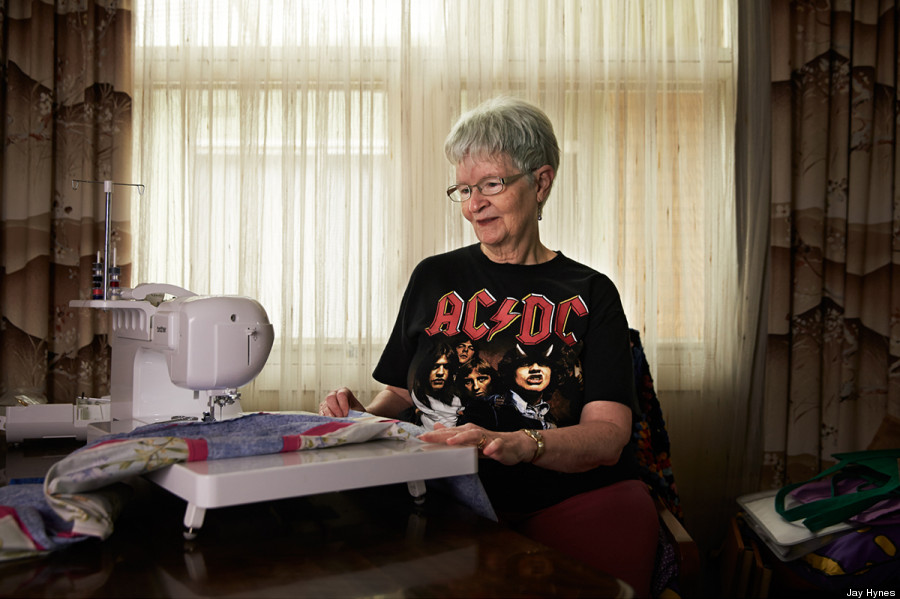 Scroll through the photos below and let us know your thoughts on the series in the comments. 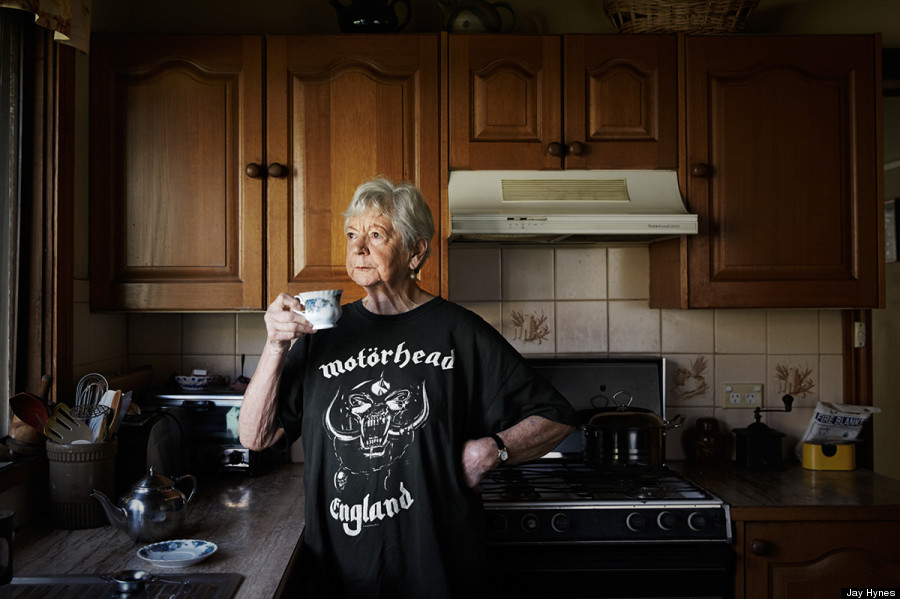 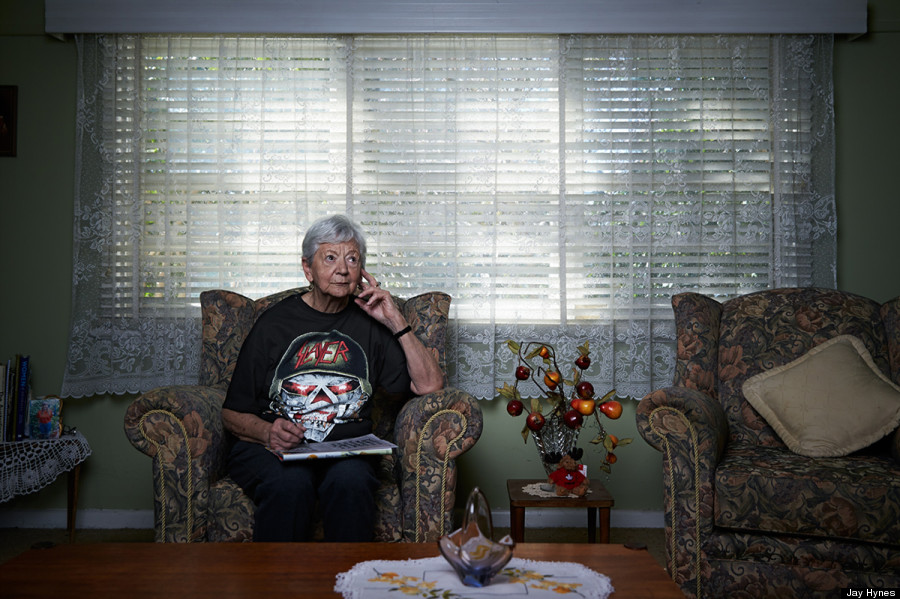 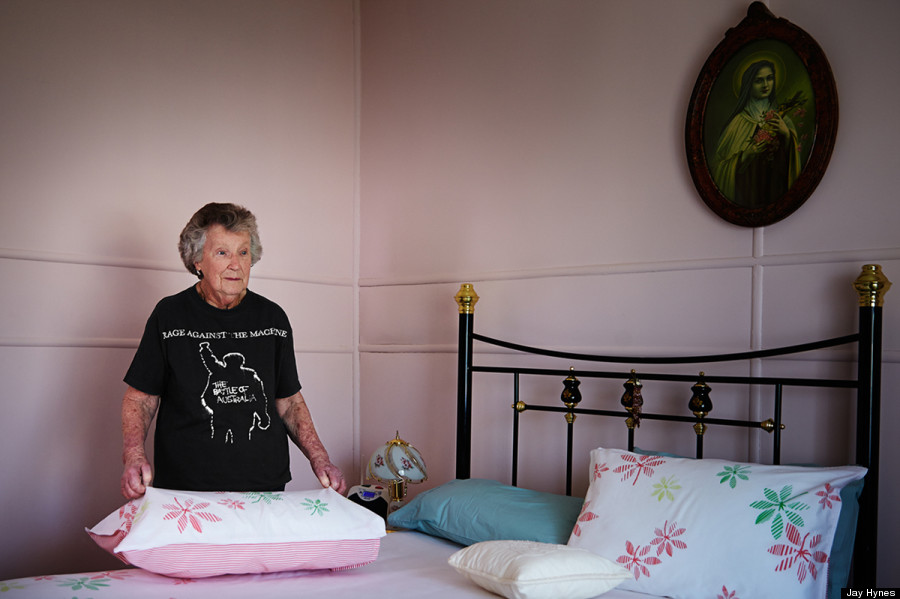 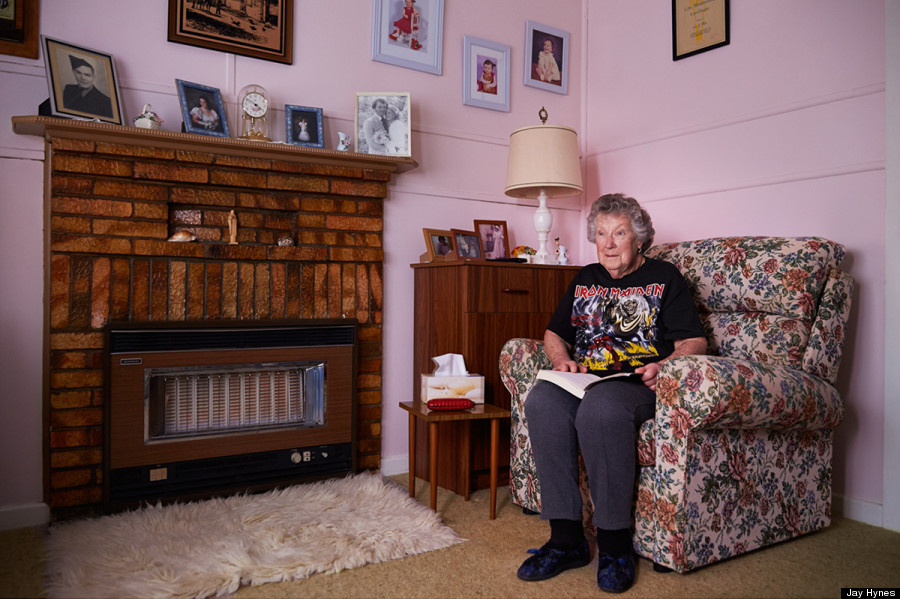 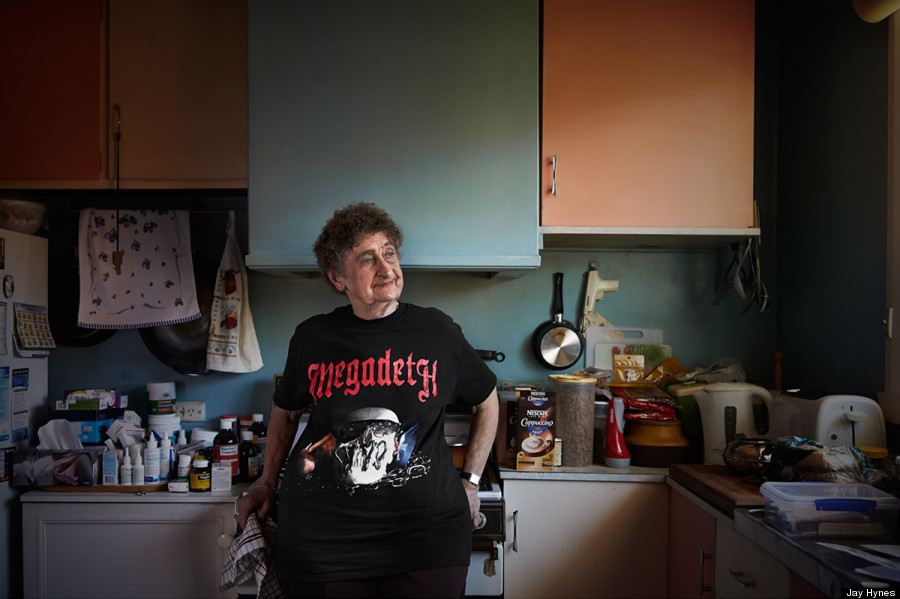