Grandma Carmela and I have always been close. When I was growing up, she watched my younger siblings and I after school, saving my working parents from paying a babysitter and upping our daytime television intake. Today, we talk on the phone fairly often, about our family, our friends, our lives. It's not uncommon for me to get a call on a Saturday morning asking, "Did you meet any nice boys last night?" or "How was your date?" I've always considered myself lucky to have such a great relationship with her.

Though Grandma is well read and opinionated on many subjects, until a few years ago, the two of us had never talked about one thing: sex. Then I began dating my first serious boyfriend, and she decided to write me a letter. About sex. Based on her own experiences.

Carmela was born in the Depression, the eldest of seven children in a very poor Italian family. She was a good student, and eventually became a government secretary. When she was 18, her mother passed away. Her father was unable to care for the rest of her siblings on his own, and Carmela became the glue that held her family together.

She married young, as was common during that era, to a blue-collar worker who tended to drink too much. Though she now claims that she never really loved him, old photographs seem to tell a different story. They had three children. Her husband died young of cancer, and though she later dated a bit, she never remarried.

Carmela strongly endorses the idea of soul mates. Hers, she believes, was a man she once knew, but never so much as touched. The circumstances were never right. She is haunted by the notion that she was meant to end up with this man, but didn't. Maybe this is soap opera-induced romanticism, or maybe she's simply a woman who loved someone she couldn't have.

The first time I read the now-famous sex letter she sent me, I was home for a college break. I was shocked and amused at her amazing openness and took it as a gesture of love. She truly wanted to help guide me in the only way she knew how. Though many of her nuggets of wisdom were in keeping with her strong character, the explicitness was a surprise, to say the least.

SLIDESHOW: 5 Sex And Relationship Tips From My Grandmother (For the rest, visit Nerve.com):

PHOTO GALLERY
5 Sex And Relationship Tips From My Grandmother

Later that night on the phone, Grandma asked, rather shyly, if I had read the letter, and what I thought. I thanked her for the advice, and said that a lot of it made sense. I also asked if I could share it with my female friends. She said of course; she thinks all young women should learn about these things.

Back at school, I read my roommates the letter, and they promptly broke into hysterics. It became a funny, interesting story to tell friends when the subject of grandparents came up -- I have a cool, caring grandma who once gave me some intense love and sex advice. It wasn't until I got to graduate school that people began telling me I should think about getting it published, and I asked Grandma's permission to share her advice with a wider audience. When I first called her with the news that a website was interested in running her letter, she was thrilled. She firmly believes that young women need to be guided by those who have already been there, and taught about love and sex, so they can stay healthy and chose the right mate.

The overwhelming response to her letter today has shocked me far more than its content did when I first read it. I never imagined that it would be something more than a one-day post on a fairly small website. As a journalist, I'm used to doing the writing rather than being written about, and it's been an eye-opening lesson in the power of the Internet and a controversial subject. Grandma keeps saying, "It's like a dream," and loves knowing that she might be helping people in some way. Ultimately, she says she just wants to see her grandchildren settled down with successful careers and relationships, but this 86-year-old woman now knows that her wisdom has impacted many others.

Is it all the right advice for everyone, in this day and age? No, and it wasn't meant to be. But the core message of the letter -- be happy, be with someone whose company you enjoy, and make sure there is love, respect, admiration, and trust -- is undeniably true. 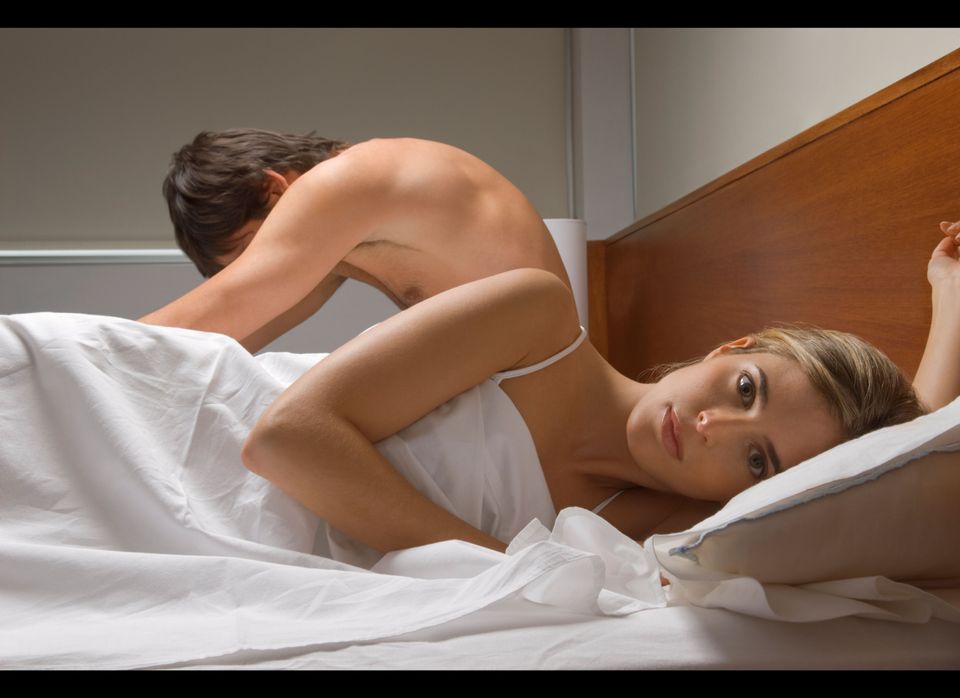 1 / 5
Look For Connection
"To know if you are both in love, you feel a "connection" in bed. If you feel <u>ALONE</u> in bed <a href="http://www.nerve.com/advice/sex-advice-from/sex-advice-from-my-grandmother" target="_hplink">when having sex</a>, you are with the <u>WRONG</u> man. This is <u>CRITICAL</u>! The connection of mind, body, soul!"
Alamy