Picking a baby's name is a gargantuan task -- bigger than decorating a nursery or buying the perfect stroller. But it's even more complicated when the grandparents get involved. Recently, The New York Times wrote about a seemingly emerging trend of older generations "bribing" their children to pick certain baby names, often to ensure their grandchildren are part of familial traditions.

The NYT story mentioned a couple who were offered a cool $10,000 to name their son Frank, instead of Max. It's enough to make any young parent wonder if little Frank or Max would be better off with a head start on their college fund rather than a different name.

But with unique, non-traditional names such as Bea and Zed becoming popular, we wondered if grandparents have a point. We asked our readers to share their thoughts on grandparents using money to have a say in their grandchildrens' names. Is it OK to pay for tradition or is it just downright indecent?

"Absolutely not. Their baby, their choices," said Mary Nell Burgeson Stapleton. After all, it is a lifelong decision that the parents will have to live with.

Grandmother of nine, Linda Albert Madin, said, "I tease my kids that Linda is coming back but they don't buy it. The youngest was born on my birthday this year which was the best present ever!"

We think the general consensus is pretty clear, but Ellen Groves Paiva's grandparenting advice sums it up perfectly: "I mind my own business. I will give my opinion if asked only."

You tell us. Is it ever OK for grandparents to pay for a say in their grandchild's name? Let us know in comments below.

PHOTO GALLERY
We Love Our Grandparents
Download
Calling all HuffPost superfans!
Sign up for membership to become a founding member and help shape HuffPost's next chapter
Join HuffPost 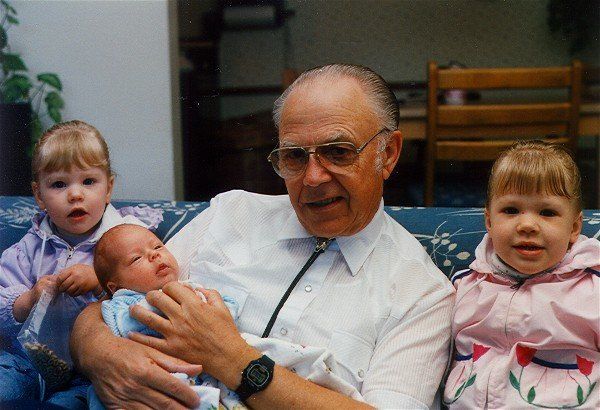