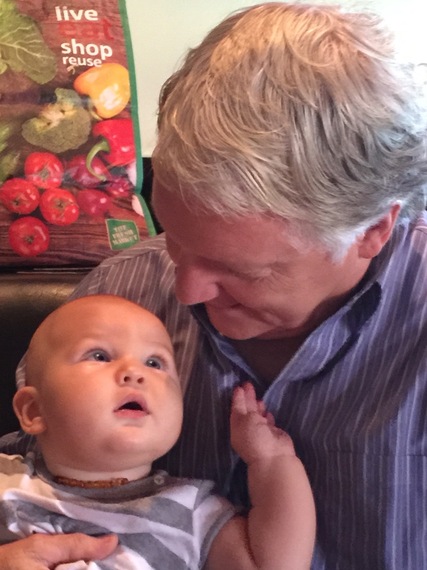 There are significant cross-generational relationships that gamete donation has engendered that haven't yet been talked about.

As donor conceived people and their donors (aka biological mothers and fathers) are finding each other more regularly through the Donor Sibling Registry and through DNA testing websites, there are members of a third generation that are also connecting- the grandparents.

Donors are finding that when they connect with their adult donor conceived offspring, that many of those offspring are now parents themselves. These donors now have the opportunity to not only meet their biological children, but also establish relationships with their young donor grandchildren. And who better to lavish affection on a child, than a newly discovered grandparent?

In addition, parents of donors are learning that they have biological grandchildren, not as a result of the typical pattern of their children raising children, but rather because their son or daughter has been a sperm or egg donor sometime in the past. On the Donor Sibling Registry we have parents of donors who are interested in connecting with their genetic grandchildren.

Some, whose children are now deceased, are longing to know if their children have any children out there born from the donations. The very good news for the donor conceived community, is that these new grandparents are often welcoming their kin with open arms and hearts, as for many of these donor's parents, these donor offspring will be their only grandchildren.

Sometimes, contact comes too late. One donor conceived woman recently explained the heartache of learning that her biological grandfather had recently passed away:

I found out this morning that my paternal grandfather through my donor unexpectedly passed away. I found my biological father earlier this year through 23andme and have been slowly establishing an email relationship with him, but things had not yet had time to reach a point where it would be the right time for me to meet that part of my family. I will never meet that grandfather now. I have to think that if ASRM and the folks involved in anonymous donation understood what anonymous donation really meant, then it would stop. There was no reason for me not to meet my grandfather. He was in his 80s. I'm in my 30s. There should have been plenty of time--and there would have been, if I had had a right to know my identity from birth, and if using known donors had been required when I was conceived. I can't believe that every day, doctors are creating more pregnancies this way. It blows my mind. ...It just blows my mind.

These new familial connections are reaching beyond the direct link to a half sibling or a genetic mother or father, and for many donor-conceived people, connecting to their genetic grandparents gives them a more concrete sense of their familial line, their cultural history, and their origins.

For some donor-conceived people like Susan, beyond the importance of meeting her own genetic father, was the knowledge that her son would grow up knowing two additional grandparents. She explains:

I myself realized that I was not my Dad's biological daughter when I was ten years old. I wondered from time to time. Who was the man who had donated half my genetics? There were seasons in my life when this question plagued me, and other times when it was merely a passing thought. It was not until I found out that I was pregnant that I felt any real regret at not knowing his identity and even then it was only because I would not have a complete medical history for my child.

When I did finally meet my biological father it was not a heart wrenching over the top experience, instead it was a sense of deep calm; as though a very important piece was falling into place. Imagine you have a jar full of water and sand that you have shaken until it was cloudy, and then imagine you set the jar down and instantly the sand settles and the water clears. That is how it felt to meet him. It was an area of my life that had always been unclear and rather suddenly it was transparent. Here was a man with my nose and my hands, an artist and an empath.

As a mother myself now, my feelings have changed and my primary joy is in the fact that my son has two more grandparents, a child can never have too many grandparents! To love and be loved by so many is such a gift that I am humbled by daily. As I told my biological father and his husband when they asked me how I felt the first time we met, I am them and they are us, for better or worse, we're family. I'm so grateful we landed safely on the side of better. 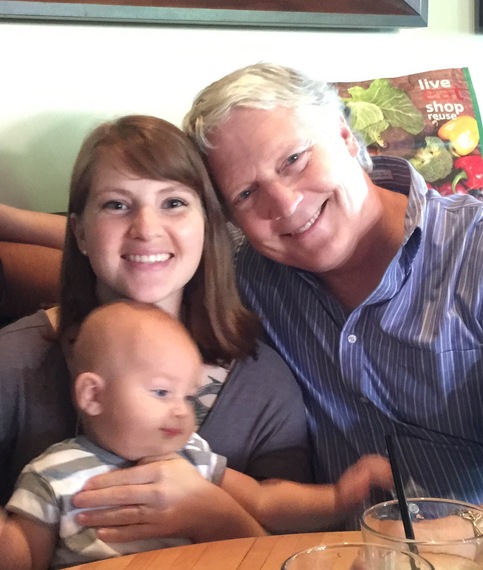 And for some donors, meeting their grandchildren and having the opportunity to participate and be a part of their lives is a life-altering opportunity. Robert tells us about meeting Susan and his grandson:

I made contact with my daughter, who said that she had been looking for me since she was a child, and she wanted to meet me and to introduce my grandson. We recognized each other immediately, on first meeting, and I felt a familiarity and affection that has grown with each subsequent visit. I feel incredibly lucky.

In 2013 we conducted and published research* on the parents of sperm and egg donors. We wanted to know about their experiences with connecting to children born from their children's donations. We asked respondents to indicate their thoughts when they first learned of the existence of a donor conceived grandchild. All but a few of the respondents wanted to learn more about, or to have some type of contact with, the child. For instance, 68% "wanted to learn more" and 42% "wanted to meet them as soon as possible."

We asked for the main reason for reaching out to their donor conceived grandchild. Thirty-nine percent of respondents indicated "Since they were created with my DNA, the child is part of me" as the main reason to reach out, and "They are my grandchildren" was selected by another 33%.

My own son Ryan was given the opportunity to meet his biological father and grandparents when he was 15. Because of this, he gained two additional grandparents who love him, and who have enriched his life. We are all extremely thankful that we've had the opportunity to share our lives with each other for the past ten years. Both Ryan and I cannot imagine not having had this branch of our family as a part of our lives for the past decade.

At one point early on though, Ryan's donor-grandmother shared with me that while overjoyed about being able to establish this new familial relationship with her grandson, she did feel some sadness, and actually needed to grieve for the missed first 15 years of Ryan's life - the first steps, birthdays and milestones now long gone.

We can only hope that the reproductive medicine industry is listening to these stories, and will stop working so hard to keep these genetic relatives from knowing each other.

Other reading: The Vital Importance of the Grandparent-Grandchild Bond