The New York Times reported Wednesday that young women are increasingly embracing "granny panties" and spurning thongs, proving that now more than ever, women are dressing and shopping for themselves.

Beyond that, however, lies a notion even more exciting: a change in the way we wear underwear could be signaling a change in our perception of what is -- and is not -- beautiful.

The Times cites a 7 percent drop in the sale of thongs over the past year, compared to a 17 percent increase in sales of full-bottomed underwear. The real takeaway is that women, no matter their shape or size, should wear whatever underwear they like -- be it thong, brief or otherwise, as long as they feel comfortable in it. 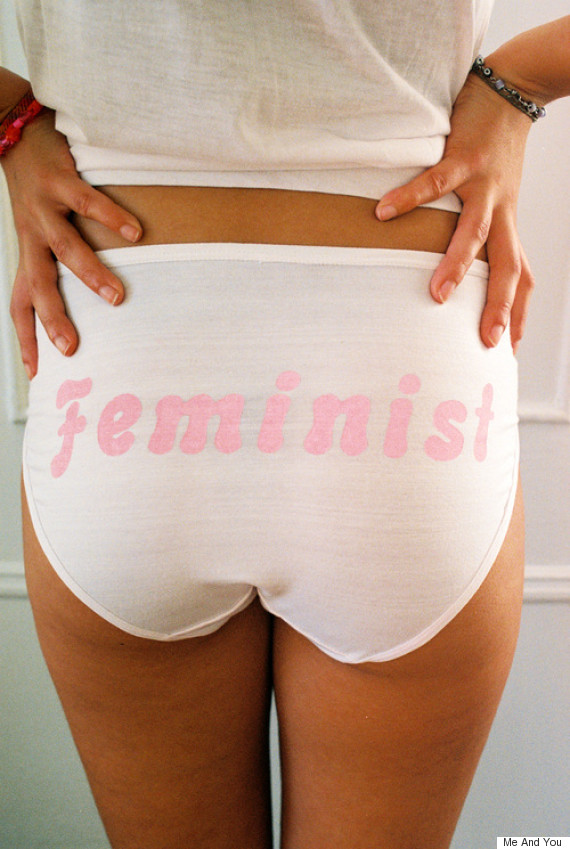 The rising popularity of plus-size models and increasing market for fashionable, affordable clothing in extended sizes all point toward a more inclusive, body-positive society. But something as simple as underwear style has often been left out of the conversation. Now, the connection is quite clear, according to Myla Dalbesio, a size 10 underwear model. Dalbesio explained to the Times that "the high-waisted and high-cut styles hark back to a time when different body shapes were in style."

The consumer shift, which the Times piece also attributed to women simply buying what they find sexy and comfortable, comes at a time when many women have started taking lingerie into their own hands. Lonely Lingerie, a brand with a mission to empower women to be themselves, recently launched the Lonely Girls Project, encouraging women to post photos of themselves to Instagram in their natural habitat, in lingerie they feel good wearing.

"The Lonely Girls aren't telling women how they should look," designer Helene Morris explained to The Huffington Post. "We want women to look at the imagery and realize they don't have to be a certain way to feel beautiful. We simply wanted to offer the idea that it is okay to be yourself."

That sentiment is shared by Kerry O'Brien, founder and designer at Commando, a brand known for its seamless, comfortable underwear.

"When I’m designing new styles, I never think 'Will a man find this sexy?'” O'Brien told HuffPost. "I think about what women want to wear and I create styles that will gently hug her body and make her feel fabulous. No matter what style she prefers, women should love their underwear and their underwear should love them back."

Whether for body acceptance or sheer comfort, women increasingly wearing whatever underwear they want is a movement we can get behind. And as Dalbesio said, it can help society better understand that "there is not one ‘ideal body,’ but a plethora of them.”