Jeanne Robertson is contagious-contagiously funny! When this 6-foot-2-inch-former Miss North Carolina (50 years ago!) was told she'd gone viral (on YouTube), she joked, "I don't think so, I've had all my shots?!" But the metaphor is fitting, y'all: I spoke with a long Southern drawl for a good two weeks after our first encounter, which raised more than a few eyebrows in my state of Wisconsin. 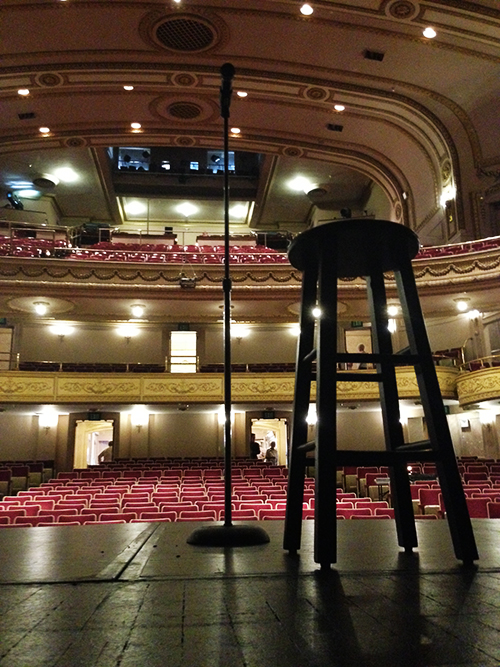 On a rare visit north of the Mason Dixon line, Jeanne performed her one-woman show at the beautiful old Orpheum Theatre in the tiny town of Galesburg, Illinois. I, of course, arrived late for our meeting-constantly braking for Illinois' endless supply of cleverly-hidden patrol people. I raced into the lobby of her Holiday-Inn Express frantically searching for a quiet place I could find to interview her on camera. Although the sitting room promised aesthetics, country music blared from a speaker behind the front desk, and so I reluctantly moved on to the breakfast nook, dragging studio equipment behind me like an overwrought caddie and struggling to fit through doors.

The breakfast nook was quiet and dark but windows promised natural lighting behind their heavy blinds. It was empty except for a single hotel housekeeper who stood two inches from the television with her arms crossed. She was tapping her foot with annoyance as it failed to spring to life and side-eyed me as I shuffled in. "Are you going to be using this room?" I asked, gingerly, hoping somehow she'd learn of my interview and beg to assist on production. "I'm on my break. When this TV works I'm going to watch television," she informed me, and, turning away she added, "and it's going to be loud."

Witnessing as she haphazardly stabbed at buttons on the "clicker," I felt some confidence she wouldn't have success, and so I began re-arranging tables with one hand as I dialed Jeanne's phone number with the other. The hotel had reeked of drabness-the 50 shades of brown that was the carpet matched the bored personalities of much of the staff. They moved through the motions lifelessly without an abundance of crises to excite their attention in the tiny town, and so this made the television incident all the more poignant because things weren't supposed to go wrong.

I-myself-was already annoyed at the hidden patrol people, my tardiness, and this "over-it" housekeeper. I was edging toward fury as I dragged tables from here to there across the carpeted floor of the nook, until something stopped me: My arm muscles relaxed, my knees weakened, and my stomach pushed up a giggle as the booming Southern voice reached around the corner and tickled my ear. "Ohhh ma goodness will ya have a look at that un-yoo-zhall little puppy! What's his name?!"

When I peeked around the corner, it was as if everything had changed. As when Dorothy opened the door on Oz, the sepia tonality had readjusted into vivid color and something in the air made everything feel lighter. Jeanne stood smiling at a new family of guests as front-desk employees gathered around to join in her warmth. The once-annoyed housekeeper looked downright bashful as Jeanne sashayed by, greeting her with a smile and a simple, "Hey 'thare'!" 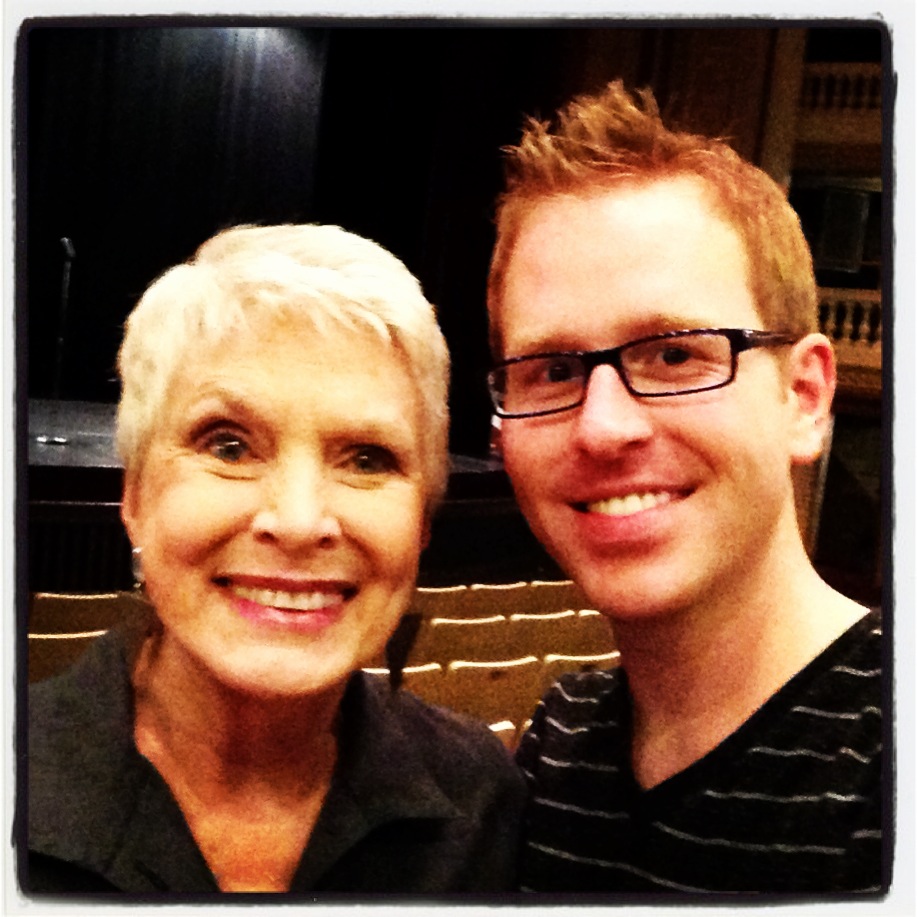 Somewhere between quizzically furrowing my eyebrows at the housekeeper and Jeanne striding confidently toward me with an outstretched hand, I "got it." So many of the most famous quotations are about this moment. Jeanne's own, "Smile; have a sense of humor, and accept the things you cannot change," paired beautifully with Toni Morrison's " Does your face light up when [people] come into the room?" to create for me a new realization: Do I bring my humor and colorfulness into the room to "infect" others with joy, or do I bring my burdens into the room to bear upon the people already there?

Although we don't say so, in my experience smiles and laughter are even more contagious than yawns, and so the metaphor of "virality," when it comes to viral videos like Jeanne's, falls short of illustrating the power of joy and happiness. We have so many words to articulate the sickness and negativity one body can infect upon another, yet so few for such a welcome contagion as Jeanne brings-as I will strive to learn to bring myself. She didn't enter the room with a sense of entitlement, expecting to be received in any particular "positive" way. She instead brought it with her, sprinkling little pieces of sunshine into the lives of people she passed along the way. 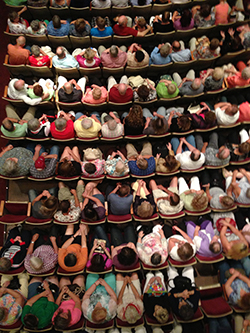 This lesson I gleaned was strengthened later that evening as I watched Jeanne greet guests both before and after her show. The hundreds of patrons were drawn to her, many sharing stories of their own left-brained family members or rehashing some of their favorites of her own. Words failed others who stumbled through stories to illustrate how her humor helped them struggle through some of their darkest hours. She hugged those people and assured them she was just as grateful for them as they for her.

Although Jeanne is hysterical and a magnificent speaker, she assures audiences that her life isn't much different than theirs. Humor is all around, and if you look for it, you'll realize that so much of the funny we miss is shrouded in expectation. Had I been pulled over by one of those patrol people or had that housekeeper's television set suddenly switched on, I would have expected everything to fall apart. But at the end of the day, everything would still have been okay. So, a little while later, when her vacuum did whirr to life, I couldn't help but smile and think how funny life can really be. She really was contagious, and I can verily say, I caught a "Jeanne" and laughed.

Limited tickets are still available for Jeanne's one-woman show at the Alabama Theater in Birmingham and the Cobb Energy Center in Atlanta, celebrating her 70th birthday. And her "Jubilee Year" of winning Miss North Carolina.

"People say, 'Jeanne, what do you want for your birthday?' And I say, 'If you're 70, you don't want anything. You want to get rid of stuff!'" So Jeanne and her crew are asking instead, for guests to bring a new, unwrapped toy for Toys for Tots.

Jeanne has many other public appearances coming up-and-she is available for private speaking engagements, so hire her. Really. Here are a couple long clips from my interview with Jeanne, the first, our general overview with "unusual questions" and in the second, Jeanne accepts the Regional Dialect Challenge. Keep smiling!