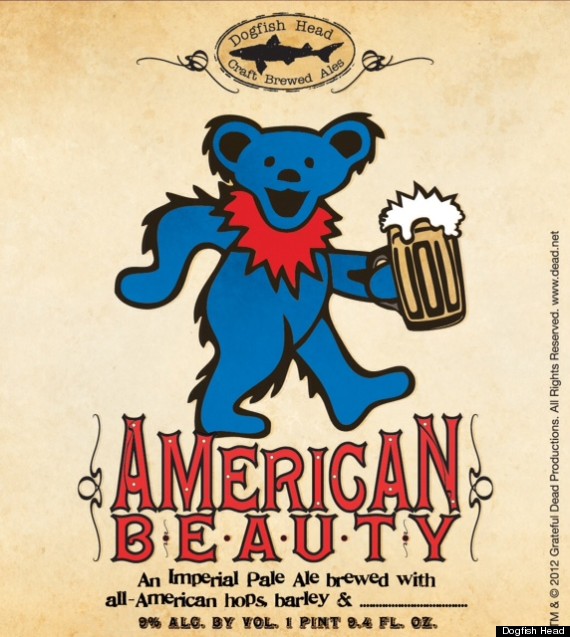 American Beauty will be a strong pale ale with all-American hops and barley, but the band and brewery are asking fans to help out by naming a final, special ingredient with a Grateful Dead-inspired story behind it.

"We've looked for a long while for the perfect brewery to team up with for a Grateful Dead-inspired brew, and feel we've finally found the right fit. Aside from Dogfish's history with music-themed brews, we love their beer, and think it's the best around. Plus, these are really good people and are the type of folks we want to work with."

Fans will have to wait until December to submit their ingredient suggestions, which they'll be able to do online. A panel of representatives from both Grateful Dead and Dogfish Head will select the winning ingredient, and the fan who submitted it will be invited to help brew a test batch.

American Beauty is expected to be ready by October of 2013, and will be sold through the 27 states in which Dogfish Head is sold.

As Lemieux stated, Dogfish Head is no stranger to rockin' brews. In 2011, the brewery created "Faithfull," a Belgian-style golden ale with black currants to mark the 20th anniversary of Pearl Jam's formation and its debut album, "Ten."

Earlier this year, Dogfish Head's lead brewer Ben Potts gave HuffPost a look at a week in his life at the brewery.