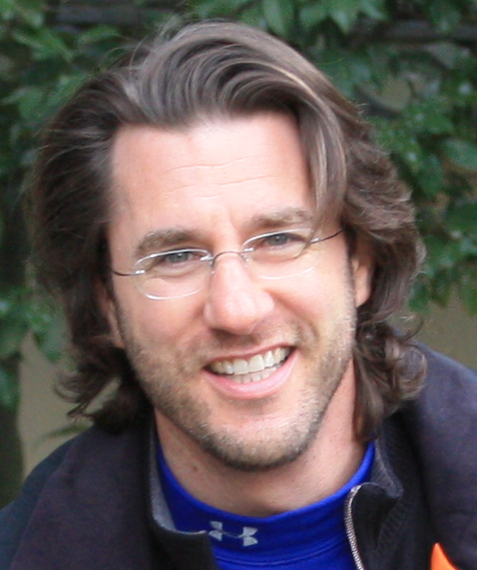 Barry Eisler's John Rain novels are the "Tiffany" of assassin-oriented, suspense thrillers. The recently released Graveyard of Memories is a prequel to the other novels in the John Rain series. At the story's outset, Rain, 20 years old and fresh from Vietnam, is a courier for the CIA. He suddenly finds himself threatened on all sides: he must survive the yakuza (the Japanese mob) and other imminent sources of danger. He falls in love with Sayaka, a beautiful wheelchair-bound young woman. Balancing love and the horror of what he must do to survive, John learns his trade craft to become a master assassin. We witness his unfolding maturity as he attempts to stay alive without totally losing the sensitive, soulful and remorseful aspects of his persona.

From Graveyard of Memories:

I was too young to know that some memories don't fade, or age, or die. That the weight of some of what we do accumulates, expands, coheres, solidifies. That life means coming to grips with that ever-present weight, learning how to carry it with you wherever you go.

This passage sheds so much light on John Rain. Tell us a bit about the man.
Rain, as we know him today, is an expert assassin whose specialty is making it look like the target died of natural causes. He's half-Japanese, half-Caucasian American. He grew up in both countries but never felt at home in either. He can blend in either one; in fact, blending into a background is one of Rain's talents. In this novel, he's young, inexperienced and a bit of a hothead. Youth is on his side, but he realizes he must learn self-control in order to stay alive.

In all the previous books, there have been fragments of his backstory: where he came from; what his formative experiences were; what forged him into who and what he became. I never told the whole story because I didn't know it myself. So I asked myself if there was a critical event, a crucible that shaped him. As I thought about it, the answers became evident to me and became Graveyard of Memories. So, the novel describes the seminal events leading to John Rain's evolution into what he has become.

Graveyard of Memories is both plot and character-driven. How important is character in your writing?
All good stories are character-driven. It's a question of degree. Human beings are wired to care much more about who than about what. In fact, we won't care at all about what, unless we first care about who. I can illustrate that.

The tsunami that occurred in Asia caused nearly a quarter of a million people to die. When I read about it in the newspaper, I thought 'This is awful.' My heart went out to all those affected by this catastrophe. But then, I turned the page. The truth is, those quarter of a million deaths didn't really impact my day. I wasn't affected by this cataclysmic event because I didn't know anyone who died. If we don't know who, we just don't care that much about what happens.

But imagine you're in line at the post office and someone cuts in front of you. You protest, but it has no effect. So you wait. You'll probably be quite upset about it, and with yourself. It might bother you enormously -- what should you have said or done? It's so trivial and yet you care. Why? Because it happened to the person who's most important to you -- that is you.

Knowing this about human nature means more readers care about who, the less important what becomes. If they care enough about the character, nearly anything that happens in a novel's plot has meaning. To me, that's what good storytelling is about.

Maybe the difference between genre fiction and literary fiction is an emphasis on what in the former, and on who in the latter. Of course, it's a relative weight, and some novels have both elements -- character and plot. The more you can get the reader to care about your characters, the more emotional impact the story will have.

You seem to prefer writing in the first person. Is there are reason for that?
I've never really given it much thought. Writing about John Rain, I like the first person. I gain direct access to his thoughts, his tactical approach and analysis of the precursors of violence, and its aftermath. Everything he thinks about survival, escape and evasion is easily accessible. He's the only character I write in the first person. All the others are written in third person --close up. But I never thought about it. With John Rain, it's just driven by my gut.

Might we conclude that you feel closer to John Rain than your other characters?
It's not impossible. Maybe I need greater distance with the others.

The novel contains some graphic erotic scenes. Unlike many thriller authors, you don't shy away from writing them.
Yes. I don't understand why so many thriller writers are shy about depicting sex. I don't think anyone would dispute that sex is a very important aspect of human experience. Making love with someone is one of the best ways -- in various senses -- to know that person. A good example is the biblical euphemism where Abraham knew Sarah. (Laughter). Making love with someone is a way to know that person profoundly. Don't we want our readers to know our characters in various ways?

I like depicting violence in my novels because I believe character is revealed under stress. By putting my characters in violent situations, I can reveal a great deal about them. If this is true for violence, it must be true for sex, as well. Yet, many writers don't want to go there. A Martian might ask, 'Why are so many of you Earthling thriller novelists so bold about depicting violence, yet so prudish about depicting sex?'

I think there are two reasons. One is, it's hard to get sex right on the page. One false step and it becomes a laugh line. If you get it wrong, your attempt to depict something loving and lovely can make people snicker. Many writers consider it high risk, and decide not to do it.

The other reason is this: When we write a sex scene, we are almost certainly revealing something very personal about ourselves. If you write a car chase or knife fight scene or any action scene, you're not revealing anything personal. Readers respond to these scenes with edge-of-the-seat tension. But with erotica, you're revealing something personal and readers view the writer as having some very personal stake in what's been written -- much more so than with violence.

An example of this is what happened with my friend, M.J. Rose, who in one of her earlier novels wrote a telephone sex scene. She was repeatedly asked if she'd ever had telephone sex. She pointed out there were about nine murders in the novel -- by icepick, knife, and other means. She was never asked if she'd killed anyone with an icepick or knife, but was asked about her sexual history.

Reviewers have compared the John Rain series to those by John le Carre, Michael Connelly, Lee Child, Walter Mosley and Harlan Coben. Are such comparisons valid?
They're very flattering. I guess comparisons will be valid in some ways and at some levels. I suppose I try to emulate try to emulate some of what those writers have done. To be compared to them makes me feel I'm succeeding. The kind of moral quandaries that John le Carre or Graham Greene do so beautifully are some of what I try to do. So those comparisons are flattering, but it's really up to readers.

Did writing this prequel suggest the John Rain saga is coming to an end?
He's getting kind of long in the tooth. At this point he's 61. Having recently turned 50, I'd like to think 60 is the new 40, and 50 is the new 30. But I may be kidding myself. When I was training in judo in Tokyo, there were 60 year old guys who were phenomenal. They were strong and had tons of cunning from their experiences over a lifetime. But in a novel, I have to deal with it realistically. In a previous novel, The Detachment, I put Rain in a different role. He managed a team. I love taking my characters out of their comfort zones. But Rain is getting older, and what will happen next is an open question.

You're a prolific writer. Did you love reading as a child?
Oh yes. Have you ever met a writer who didn't? (Laughter). As a kid, the genre I loved was horror. By the time I was in high school I was reading more political type of thrillers. I've always read eclectically -- literary fiction and non-fiction. I still love reading.

Do you read other authors in your genre while you're writing a novel?
I have to be careful, depending on who I'm reading. When I was working on my second novel, I was reading the second book in James Ellroy's Underworld series, The Cold Six Thousand. Ellroy is such a powerful writer, his books were getting into my head, and into my writing. When I teach writing I tell my students to imitate other writers as an exercise. It's similar to studying painting when students attempt to duplicate the works of masters. The object is to learn technique, and to then discover your own style. As a writer, the point is to learn and develop, and inform your own voice. But, if your own writing is being infiltrated by another writer's voice, that's too much.

When you aren't writing, how do you spend your time?
When I'm not writing, I feel like I should be.

The writer's curse?
Definitely. Daily life gets in the way. There's judo and I enjoy going for long walks. I read and blog a great deal. I'm pretty obsessed with political issues having to do with the rule of law, the lack of transparency and accountability of our government, the media, the metastases of government power, and those issues.

You mentioned government and the media, so I must ask, have you watched House of Cards?
I've heard so many people say I have to watch it, but I haven't, yet. I have to be careful about getting obsessed with TV shows. I've binge-watched The Sopranos. Now, I'm totally obsessed with Game of Thrones. It's a shame that I've never seen The Wire or Breaking Bad. This goes back to your question about reading other writers in my genre while I'm writing. Television really gets into my brain. It's like taking heroin. Over time, it inhibits your body's ability to produce its own endorphins. This is of course, a strong comparison, but really good television attaches to my storytelling receptors, it's my opiate. It can get in the way of my writing.

What's next for Barry Eisler?
I'm working on a novel set in the bowels of America's national surveillance system. It's very topical. My biggest challenge in writing is to stay ahead of the news. A year ago, if I'd laid out a plot like the one I'm now working on, people would have said it was paranoid conspiracy stuff. It's very hard to keep up with the truth.