A gray fox, once a common sight in San Francisco’s Presidio, was spotted in the city’s national park for the first time in more than a decade last week. The photos capturing the moment are absolutely breathtaking.

Presidio Trust biological science tech Jonathan Young photographed the fox while following a coyote in the park on Wednesday, he told the Bay Nature Institute. The coyote ran toward the base of a pine tree and looked up, alerting Young to the gray fox balanced in the top branches. Gray foxes commonly make a den in trees, unlike their red counterparts that usually reside in holes in the ground. 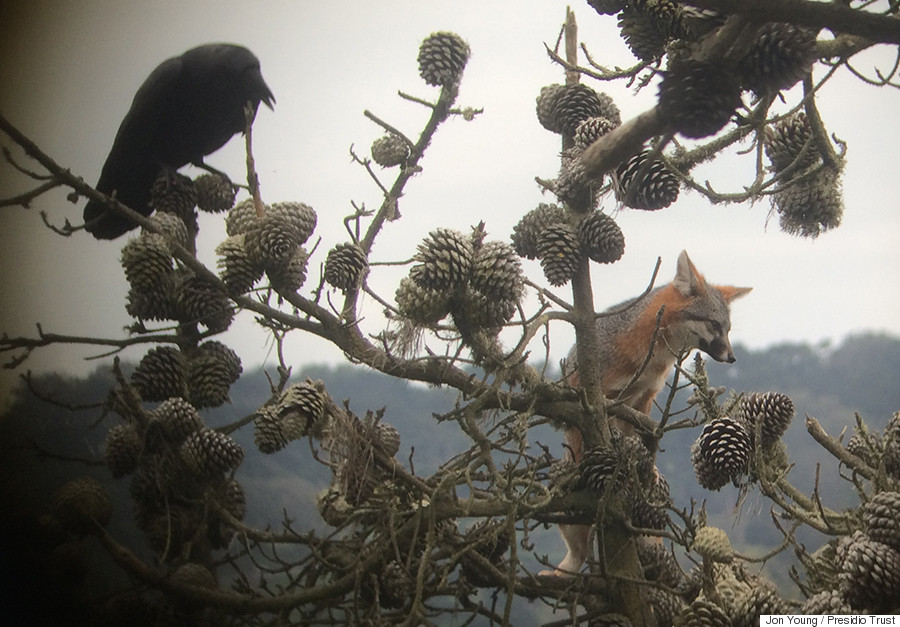 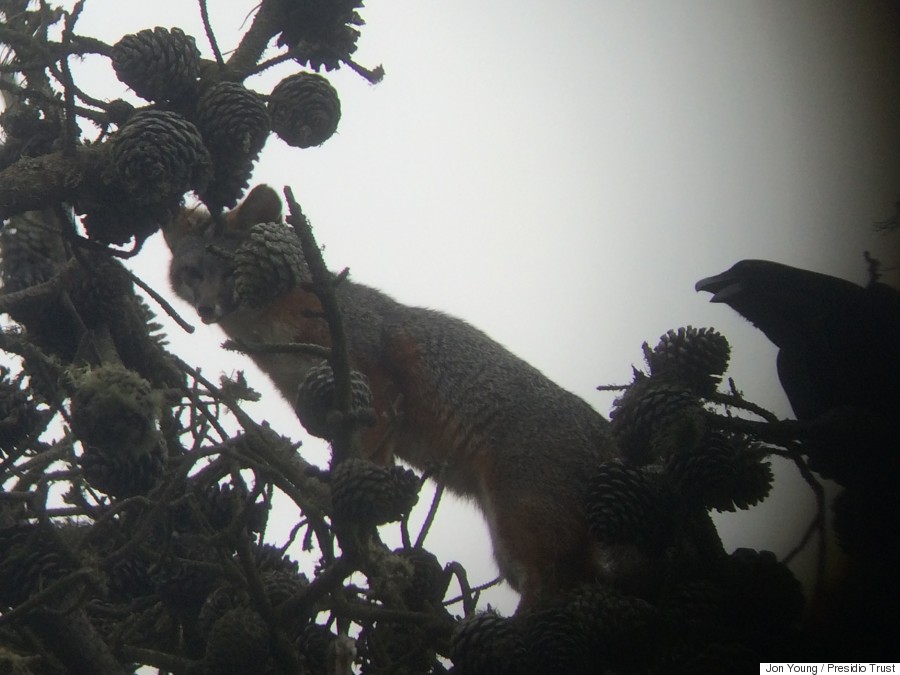 This is the first time a gray fox has been recorded in the Presidio since 2004, the Trust said in an Instagram.

“We thought they were all gone,” Presidio spokeswoman Dana Polk told The San Francisco Chronicle. “This is a big deal.”

It was common to spot the species in the park until the early 2000s, when the population of coyotes, which prey on the foxes, began swelling. This fox, Presidio officials told the Chronicle, is either part of a small population that has survived the uptick in coyotes or an animal that journeyed into the city across the Golden Gate Bridge or from the south along Ocean Beach and through Golden Gate Park.

“It’s hard to say whether it’s possible to have both of these species occurring in this little park,” Young told the Bay Nature Institute. “Coyotes are pretty mobile animals, and pretty slender, and they can get into some thick brush. I don’t know how that compares to the gray fox, whether the coastal bluffs would provide habitat that would allow them to keep to themselves and keep a safe distance from coyotes.

Gray foxes are common in other parts of the San Francisco Bay Area, notably on Facebook’s campus in Menlo Park where a family of foxes took up habitat in the tech giant’s zen garden. The company embraced the foxes and earned a Certified Wildlife Habitat designation in 2013.