Perhaps you think a photography book on Iraqi soldiers that comes out on Veterans Day is predictable, and that's too bad because what you are about to see is not.
To say that the faces of the 3rd Brigade Combat Team are haunting sounds trite and also predictable. Especially since what you will learn about each individual is far from it.
Take, for example , Kathy Platoni.
You don't even have to read the accompanying text to know that one sergeant said of her: "Grandma walked into the jaws of the dragon and pissed fire." 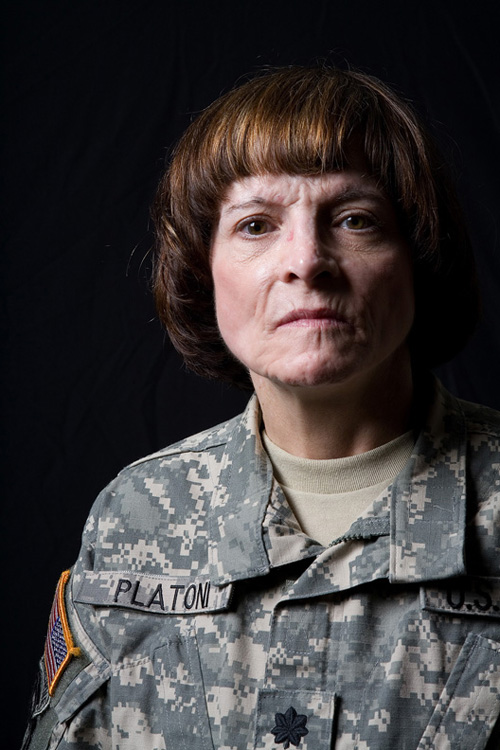 Each searing image (there I go with a cliche again, forgive me) is accompanied by unforgettable excerpts of a conversation we wish we could hear in full.
Given extraordinary access by the U.S. Army, photographer Barry Goldstein spent two years photographing and interviewing more than fifty actively serving members of a veteran battalion, including two month-long trips during which he lived and patrolled with the unit.
54-year-old Lieutenant Colonel Platoni, a full time army psychologist, and one of the few to accompany troops to the front lines, told Goldstein:

You just focus all your energy on doing anything and everything in your heart and soul and mind that would help these soldiers get through, and sometimes that is nothing other than sitting there with them. Sometimes I felt so powerless.
What do you say? ....We made the sacrifices and took the risks and have shit to show for it.

Here's what Goldstein says when asked to pick two words to describe her, "intense and joyful."
How unpredictable.

Upon her return to the U.S. Kathy Platoni waited five months for the army to approve treatment of a chronic medical problem. Her treatment was denied.
Predictable?

Oh, and she's headed back for her 3rd deployment before the end of the year. 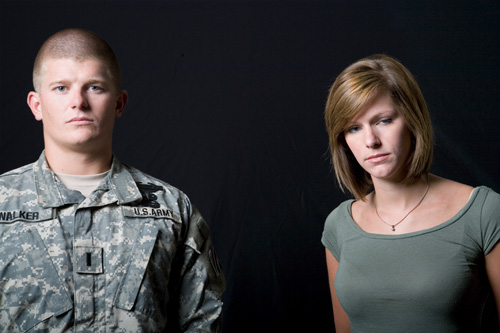 [Coming home] was at first a great thing, having people love you and want to be around you. But the social dejection you feel...just not wanting to be surrounded by all these people...Unless you've been there and seen it, you don't have a clue of what you're called on to do. ...We killed, we knew what death looked like up close and personal...And it's hard to come home and look your mom in the eye and give her a big old hug knowing twenty four hours ago this is what I was doing.

Goldstein said of him: " Walker was more quiet; almost gentle and with a real inner strength." 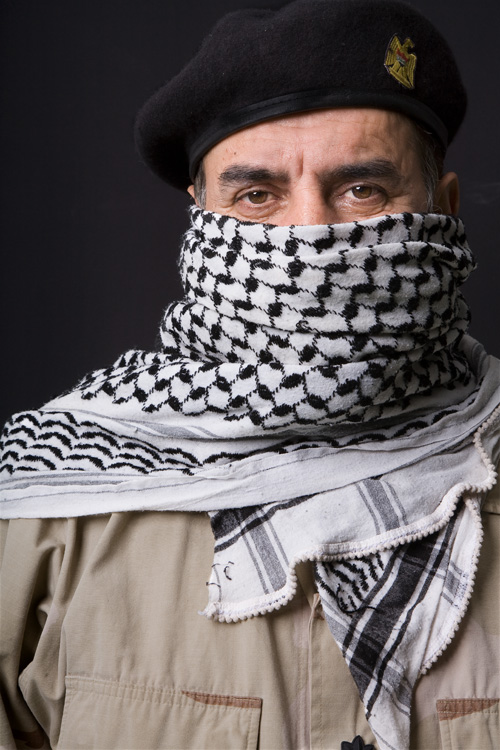 "Yusuf"
A former Iraqi soldier,Yusuf (a pseudonym), spent one year in Abu Ghraib prison. Now a U.S. citizen, he helps train army units scheduled for deployment to Iraq.
He says:

"America will free the Iraqi people, but they will take time because they have to fight the terrorists. And these people, they are criminals. They are killing anyone-children, woman, old people-they don't care. They have a wrong idea that after they die they go to paradise. But I think they are going to hell. "

Goldstein on Yusuf: "He is a great admirer of the U.S. soldier who was adamant that I use his full name. He did not want his face covered. It was the company he worked for who would not allow it." 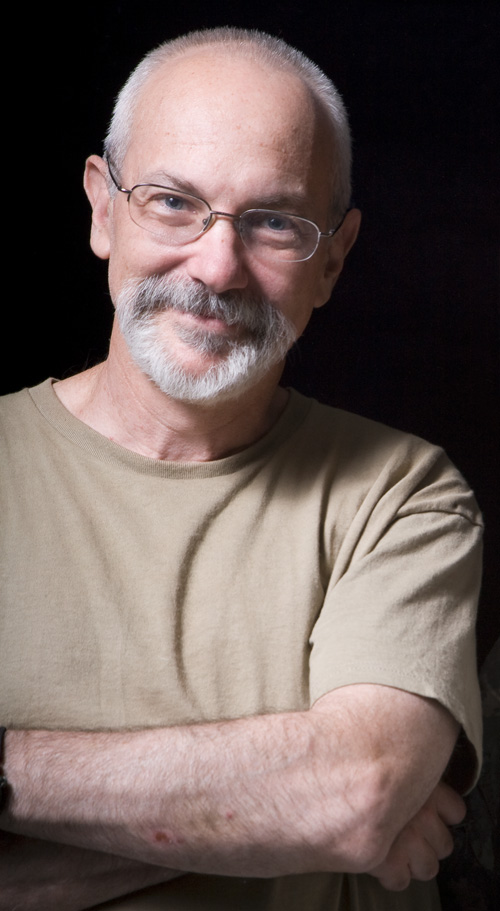 Goldstein on his subjects: "None of these people would consider their experience to be unique, or consider themselves heroes, or in any way different from many thousands of soldiers who served in Iraq and Afghanistan. One of the most common things I heard from soldiers I contacted was, 'Why do you want to interview me? I didn't do anything special.' "

On this Veterans Day, besides being put out by the bank closures and suspended mail service, let's take a moment to prove them wrong.

You may also consider a donation to:
Paralyzed Veterans of America (your donation will double if you donate today thanks to a challenge from a WWII vet)
Swords to Plowshares
Veterans for Peace
Or drop a line to a vet for free.