According to the Guardian, Grazia finally admitted that the magazine did alter the former-Kate Middleton's body on its May 9 cover. The picture in question showed the duchess at her wedding to Prince William back in April with a thinner-than-usual waist, the apparent result of some heavy-handed Photoshop.

After a slew of accusations that the mag had whittled down the already-svelte bride, Grazia initially denied any wrongdoing. In a statement to The Huffington Post, reps at the magazine assured us, "Grazia did not make any changes to the image of the Duchess of Cambridge to make her look or appear slimmer than she is."

But that just simply was not true. The Guardian writes that the Press Complaints Commission in Britain investigated the issue after receiving one complaint. The mag said in a statement:

It had wanted "a great image of the duchess on her own, but all the photographs had the duke in too...so we asked our reproduction house to remove him from the picture (common practice among glossy magazines). This would have left the Duchess with only one arm, so they copied over her arm to complete the picture," the title added.

See the picture in question below and read more at Guardian.co.uk. 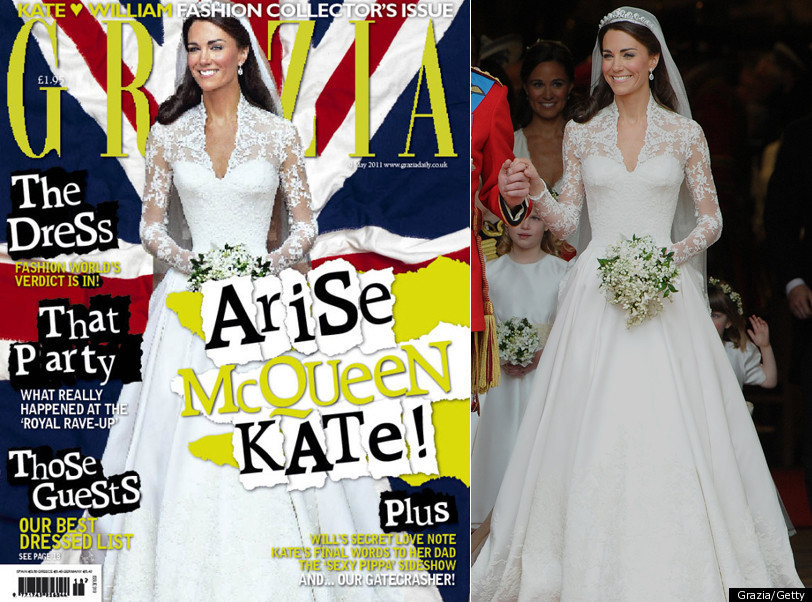