I wrote The 100 Greatest Americans of the 20th Century: A Social Justice Hall of Fame [Nation Books, $19.99] to celebrate achievements of the people and movements that have made America a more humane, inclusive, and democratic country. But I not only wanted to educate and inspire people by offering profiles of these fascinating pioneers. I also wanted to provoke debate and controversy by encouraging readers to think about what defines someone as "great" and how progressive movements often beat the odds and bring about significant and lasting change.

You won't find Henry Ford, John Rockefeller, Thomas Edison, Charles Lindbergh, Walt Disney, Louis B. Mayer, Sam Walton, Ronald Reagan, Elvis Presley, Babe Ruth, or Billy Graham in my book. They may have been great in their specific fields of endeavor but they did not contribute to making America a more just, equal, or democratic society. Most of them, in fact, actively opposed movements for social justice.

Back in 1900, people who called for women's suffrage, laws protecting the environment and consumers, an end to lynching, the right of workers to form unions, a progressive income tax, a federal minimum wage, old-age insurance, the eight-hour workday, and government-subsidized health care and housing were considered impractical idealists, utopian dreamers, or dangerous socialists. Now we take these ideas for granted. The radical ideas of one generation have become the common sense of the next.

We also sometimes change our views about the people who espoused once-radical ideas. Today we view Rev. Martin Luther King as something of a saint. His birthday is now a national holiday. His name adorns schools and streets. But in his day, many people in positions of power, and not just southern racists, considered King a dangerous troublemaker. He was harassed by the FBI and vilified in the media.

We stand on the shoulders of earlier generations of reformers, radicals, and idealists who challenged the status quo of their day. Some of the 100 people in my book are famous, but many more are not well-known by the general public, but should be. A few of the "greatest" Americans - like Albert Einstein, Helen Keller, and Theodor Geisel (better known as Dr. Seuss) -- are household names for their professional accomplishments, but few people know that they were also radicals.

Some of the 100 people were more radical than others. Quite a few came from privileged backgrounds but dedicated their lives to creating a society that would erase class, racial, and gender privilege. These individuals were all heroes, but they were not saints. They made strategic mistakes, had personal flaws, and reflected some of the prejudices of their times.

These 100 people helped move America forward by organizing movements, pushing for radical reforms, popularizing progressive ideas, and spurring others to action. They expressed their commitment to change in three ways. Some were organizers and activists who mobilized or led grassroots movements for democracy and equality. Others were writers, musicians, artists, editors, scientists, lawyers, athletes, and intellectuals who challenged prevailing ideas and inspired Americans to believe that a better society was possible. Finally, some were politicians--presidents, members of Congress, mayors and city council members, and some who ran for office and lost -- who gave voice to social justice movements in the corridors of power and translated their concerns into new laws that changed society. Quite a few of the 100 greatest Americans played more than one of these roles. The leaders, organizations, and movements that made this a better society all had to learn how to balance the tension between outsiders and insiders.

The 20th century is a remarkable story of progressive accomplishments against overwhelming odds. But it is not a tale of steady progress. At best, it is a chronicle of taking two steps forward, then one step backward, then two more steps forward. The successful battles and social improvements came about in fits and starts. When pathbreaking laws are passed--such as the Nineteenth Amendment (which granted women suffrage in 1920), the Fair Labor Standards Act of 1938 (which created the minimum wage), the Civil Rights Act of 1964 (which outlawed many forms of racial discrimination), and the Clean Air Act of 1970--we often forget that those milestones took decades of work by thinkers, activists, and politicians. The people I profile in the book were not sprinters; they were long-distance runners for justice.

Each generation of Americans faces a different set of economic, political, and social conditions. There are no easy formulas for challenging injustice and promoting democracy. But unless we know this history, we will have little understanding of how far we have come, how we got here, and how progress was made by the moral convictions and courage of the greatest Americans.

I'm often asked who are my "favorites" among the 100 people I've profiled in the book. It was hard enough to get the list down to 100, much less rank them. All were giants, but some of them were taller than others in terms of bending the arc of history. So I've pulled out 15 people who represent the most influential progressives of the last century and provided short summaries about their lives and legacies.

Of course, the story doesn't end in 2000. In the last dozen years, grassroots movements have continued to push and pull America in a positive direction, often against difficult odds. The story of progressive change is a continuing one. That's why the book includes final chapter that introduces a few young activists who are strong candidates to make the Social Justice Hall of Fame for the 21st century.

PHOTO GALLERY
The Greatest Americans of the 20th Century
Download
Calling all HuffPost superfans!
Sign up for membership to become a founding member and help shape HuffPost's next chapter
Join HuffPost 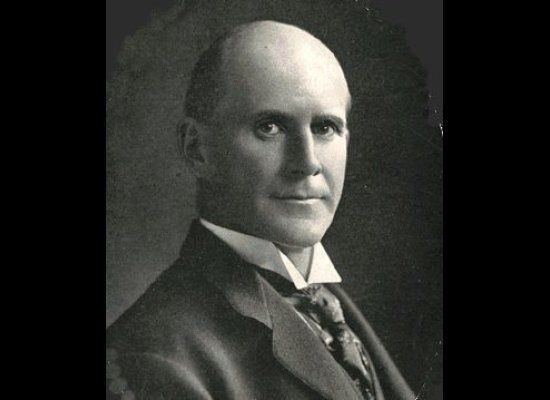 1 / 15
Eugene Debs (1855-1926)
Through his leadership of the labor movement, his five campaigns as a Socialist candidate for president and his spellbinding and brilliant oratory, Debs popularized ideas about civil liberties, workers' rights, peace and justice and government regulation of big business. In 1893 he organized the nation's first industrial union, the American Railway Union, to unite all workers within one industry, and he led the Pullman Strike of 1894. In 1900, 1904, 1908, 1912 and 1920, Debs ran for president on the Socialist Party ticket. By 1912, about 1,200 Socialist Party members held public office in 340 cities, including seventy-nine mayors in cities including Milwaukee, Buffalo, Minneapolis, Reading, and Schenectady. They fought to end corruption, tax wealthy property owners, create municipal electricity and water utilities, hold down transit fares, establish building codes, expand municipal parks and recreation programs, improve local schools, and hire competent administrators to run municipal agencies to clean up the corruption and inefficiency. Debs' speeches and writing influenced popular opinion and the platforms of the major party candidates. Presidents Theodore Roosevelt, Woodrow Wilson, and Franklin Roosevelt adopted watered-down versions of many of Debs' ideas, but without giving him and the Socialists credit. Debs' 1920 campaign took place while he was in Atlanta's federal prison for opposing World War I; he won nearly one million votes.
Wikimedia