The Tumblr "Great Art in Ugly Rooms" imagines the enchanting train wreck that occurs when a truly great work of art is juxtaposed with the most revolting of interiors.

Whether it's Barbara Kruger artworks in an outlet store or a Jackson Pollock painting in a portrait studio, the combination of high art and kitsch interiors make us simultaneously giddy and nauseated. We reached out to the anonymous creator of this most holy of Tumblr accounts for more info. Scroll down for a slideshow.

The Huffington Post: Was the Tumblr inspired by a real life example of great art in an ugly room?

Great Art in Ugly Rooms: Besides what I have in my rooms (which I don't consider ugly, but others might), yes.

HP: What is one of your favorite images on the site?

GAIUR: I liked making the image for my grandmother, Mark Flood.

HP: What's one of the funniest reactions you've had to the Tumblr?

GAIUR: Bill Short of Sea Royal Realty, Inc. commented, "Whoa!! I haven't seen 'Cowboy Carpet' like that in decades. That has to be an old Dupont 501 nylon."

HP: Are you keeping your identity a secret? If so, why?

HP: What is your involvement in the art world outside of Tumblr?

GAIUR: I am a professional, artist, collector, director, advertiser, lawyer, professor, and entertainer.

Enjoy some of our favorite examples of great art in ugly rooms below and let us know which works you'd like to see hanging in a laundromat or locker room in the comments. 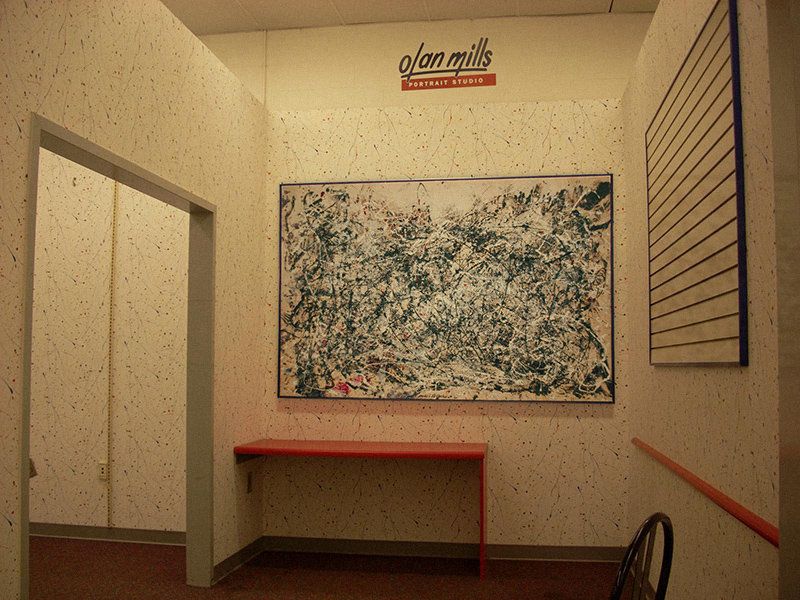