So, you're a dad. Or you hope to be one in the future. The bad news is there is no real road map for success. The good news is there are some incredible role models to give you inspiration.

This guy is one of many dads who have attended a One Direction concert, for the sake of their children. It's unclear if he's wearing ear plugs to protect his ears from the music because it's loud, or because it's terrible. Maybe both.

"The World's Best Dad" is the guy who's there no matter what. We know that's easier said than done, but it's the big moments that count most. In the photo above, a father takes his daughter with special needs to prom.

This might have been the most expensive dad joke ever. Normally, they don't cost a dime, though they have been known to elicit more than a groan or two. That's how you know you're doing it right.

A Sparrowhawk flew into this family's window and injured its wing. The father repaired the broken wing and then the Sparrowhawk came back "to visit" multiple times after they set it free. Now we know most dads aren't vets, but every kid just wants a hero. It's about being confident in your own abilities.

This dad pulled off a show-stopping "Big Lebowski" impersonation on the main street of Durango, Colo.

Above is the work of a father who creatively cut a smaller pizza out of a larger pizza to make his six-year-old son feel included. 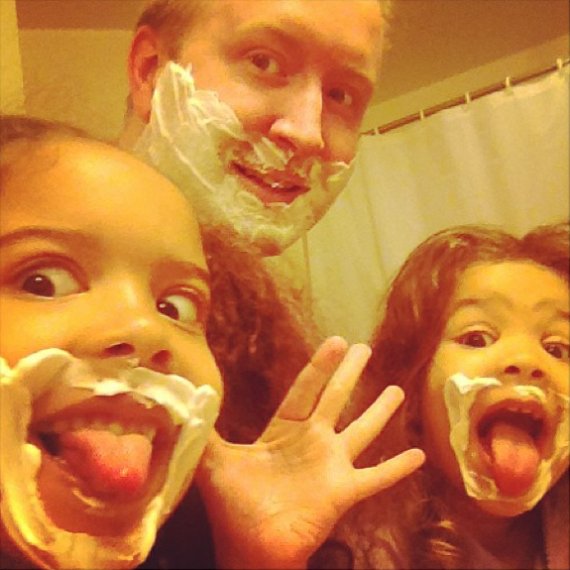 These girls might not have beards, but they still seem extremely eager to join their dad in his morning routine. Ryan Sanders is the communication & cause marketing manager at the National Fatherhood Initiative, an organization whose mission is to "improve the well-being of children by increasing the proportion of children growing up with involved, responsible, and committed fathers."

No. 1 dads hang out with their kids and shape those early experiences.

An amazing hero can be that dad who throws the best birthday party. This father used his skills as a tattoo artist to draw fake tattoos on his son and his son's friends. For those wondering, he asked permission from the families involved.

Check out the full gallery showing how these were made.

Here's a thorough how-to created by an awesome mom after seeing the original above, created by a dad.

Sometimes you just have to be Robin.

Pink nail polish only costs a few dollars, and being embarrassed to go barefoot is a small price to pay for your son or daughter's smile. 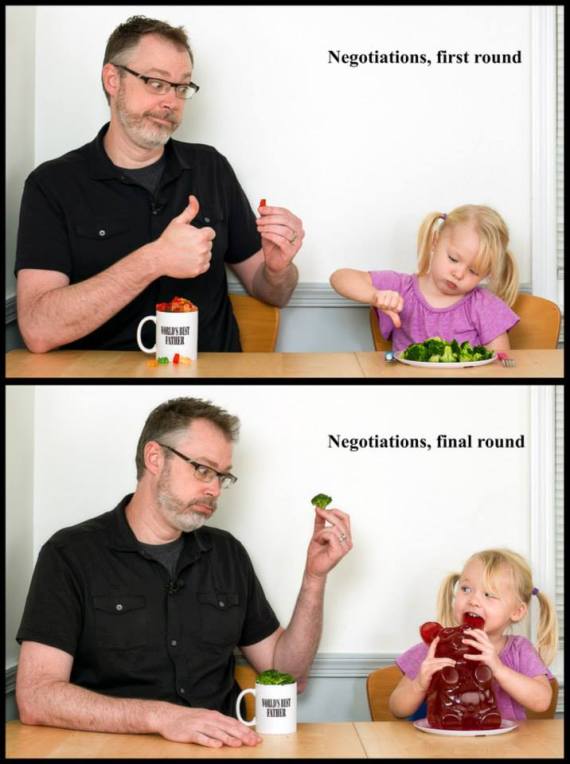 Parenting is hard and scary, so make sure to keep a level head and remain honest about all of its challenges. Dave Engledow has created an extensive scrapbook called "World's Best Father" for his daughter, Alice Bee, in which he puts her in all types of "dangerous" positions using Photoshop and other methods of trick photography.

Those kids already know their father is awesome.

Sometimes just hanging around the house can be extremely fun. Pro skateboarder Tony Hawk had to initially apologize for "endangering" his daughter in this picture, but eventually came back with this very believable response on Instagram.

As they're growing up, those kids will be really interested in what you do, no matter what it is. Just invite them and they'll feel like they're going on a surfin' safari. Above, pro surfer Sion Milosky is seen riding a wave with his daughter. Milosky drowned in 2011 at the age of 35.

Team Hoyt! Dick Hoyt still pushes his son Rick, who has cerebral palsy, in marathons and triathlons across the United States to raise awareness about embracing disabled people in the community.

The boy asked Santa for his dad to come home for Christmas. Here's a video of that happening.