During a press conference at the American Geophysical Union meeting in San Francisco, Karel Schrijver and Alan Title presented groundbreaking data from their three month study of a massive global solar eruption that took place on August 1.

Schrijver and Title, both of whom are Lockheed-Martin solar physicists, explained that the so-called "Great Eruption" consisted of over a dozen shock waves, flares, filament eruptions, and coronal mass ejections that covered half of the sun's surface and took place over a period of 28 hours.

"The August 1st event really opened our eyes," said Schrijver, according to NASA. "We see that solar storms can be global events, playing out on scales we scarcely imagined before."

Thanks to NASA's Solar Dynamics Observatory and a pair of STEREO space telescopes that recorded the event, scientists were able to watch the massive solar event unfold and connect the various explosions that occurred thousands of miles apart. This observance is the first of its kind.

"Researchers have known for decades that solar flares tend to bloom synchronously across vast distances," writes Fox News. "But the existence of these so-called 'sympathetic flares' had been deduced mainly from statistical arguments, researchers said, not actual observations of the events as they occurred."

Scientsts hope to use these data to accurately forecast solar disturbances. "To predict eruptions," Title told the Daily Mail, "we can no longer focus on the magnetic fields of isolated active regions. We have to know the surface magnetic field of practically the entire sun."

"We're still sorting out cause and effect," Schrijver said, according to the Daily Mail. "Was the event one big chain reaction, in which one eruption triggered another--bang, bang, bang--in sequence? Or did everything go off together as a consequence of some greater change in the sun's global magnetic field?"

The video (below, via NASA) shows the Great Eruption in extreme ultraviolet; the different colors represent a range of plasma temperatures, according to NASA.

KEY EVENTS FROM THE GREAT ERUPTION: 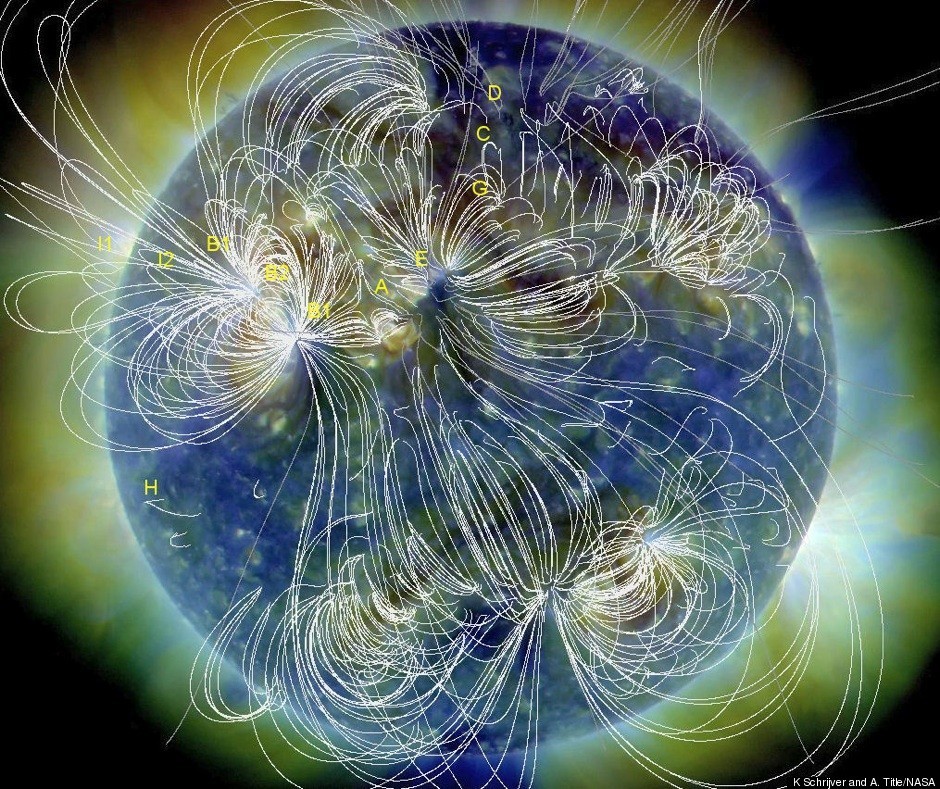