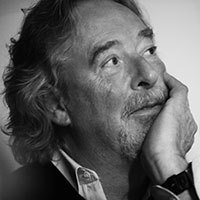 You've got to get as good as you can possibly get at presenting.

It's about money.  If you sell your idea, that's the one that has a chance to win awards, and I believe, perform effectively in the marketplace.  So both the agency and the client will make more money.  If you sell it the first time, you don't have to spend the time necessary to "fix" it, so the agency saves money and you can still win awards and move product.  And maybe most importantly for you, if you get a reputation as a great presenter, you will make more money.  Most of the highest paid people in advertising are the best presenters.  Look around. It's true.
Whatever your job description, we are in the business of selling our ideas. Plan on becoming the best presenter in your agency.

You've got to do ads for your ads.

Understand that it just doesn't matter how good the idea is unless you can persuade the person on the other side of the table to feel the same way. Whether that's your CD, the client, a new business prospect or whomever. You've got to help them get it. You've spent God knows how long working on your idea, yet most agencies talk about how to present in the car on the way to the meeting. Take some time and figure out how to sell it. Give your idea a chance to live. The number one complaint of creatives is that they can't get their best stuff produced. I wonder why?

So much of what we do is subjective. I have one opinion, the guy down the hall has another one, and the client has yet another. If you believe in your idea (and if you don't, you shouldn't be presenting it) find a way to make your audience believe in it.

You're good at creating persuasive pieces of communication for your clients.  Apply those skills to selling your work.  You'll have fun and sell more.

Your audience hasn't been thinking about the problem you've solved nearly as long as you have. They just understand the problem.  So you've got to get them to where you are in a logical way.  You can use emotion, but you've got to sell them on the idea, before you can sell them on the execution.
Frame your argument in such a way that you eliminate possible solutions until the only solution possible is yours. Then show it.

Start with the end.

Whether you're presenting a concept with your partner to a client or going after new business, I think the most important thing is to develop a very clear understanding of what it is that we want out of the presentation.

So, in planning the presentation, start with the end. Work your way back to the beginning from there, and all the crap that most agencies include, but won't help them get what they want, will disappear.

Tell them a story.

The person with the best story wins. Everytime.  Not necessarily the "best" creative.  So tell them a story.  Start with something really interesting and be sure to have a powerful ending.  People love endings.  From the beginning, you must take them by the hand and walk them down the path of your story. When you get to the end, you win.

The better you know your audience, the better chance you have to tell them a story that persuades them.

So know who they are as people, what they like and don't like, what they hold dear, what they believe in, what they are expecting from you and your team and what their capacity for courage is.

Everyone gets nervous. Everyone. If they say they don't they're either lying or a sociopath. The trick is to use the nerves to trigger adrenaline.  Let them lift you up to a higher level.  A better you.

I have learned that your nervousness is never transmitted in the same proportion that you feel it. In my workshops people will say they were dying of nerves, but when the crowd is asked if the presenter seemed nervous they almost always seem surprised and say "no". So forget about the nerves and get on with it.

Most audiences don't know what to think.  If you appear to be confident and comfortable with what you are suggesting, they are likely to feel the same way.

Audiences tend to mirror the emotions we express.

You don't use up all the available space in your work.  The white space is important.  It's the same with presenting.  What you leave out is just as important as what you leave in.  Don't be afraid of silence.  Silence is your friend.  People tend to remember the last thing you say before you become silent.
So make an important point, and shut up.  Wait a beat, and make another important point.  You don't need to use all the available airtime.

It's all about the audience.

It's not about you. Great presenters know that. They know their material so well and how they want to present it that all they're thinking about is the audience. They are in such tune with the audience that they can adjust their presentation to what is going on in the room. They don't have to stick to their "rehearsed pitch", they go where they have to go to get what they want. And that may not be in the script.

Know it cold.  And not just your part. Everyone's part.
But don't memorize.
Know it.
The appearance of spontaneity is the product of rehearsal.

Presenting can be learned.

Bill Bernach said, "Advertising is fundamentally persuasion and persuasion happens to be not a science, but an art."

This is a skill that you can develop.  But you must work at it.
You didn't get as good as you are at your craft by just showing up.  It's the same with presenting.

There is much more to say about techniques and tips, but let's leave it at this:  Tell the truth. Your truth. Commit to it.  And do it.