Though more than a month has passed since ice coverage on the Great Lakes reached a near-record high, the amount of ice that still remains could have a big impact on the environment in the months -- and years -- ahead. 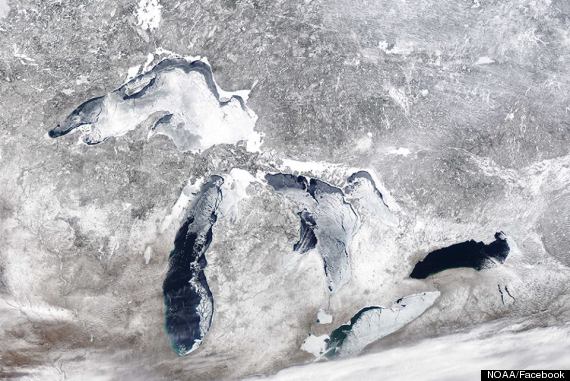 As of Wednesday, 37.1 percent of the lakes remain covered in ice. While that's way down from a high of 92.2 percent in early March, pictured above -- and the second-highest ice cover since recording began in 1973 -- it's still an unprecedented amount of ice to have at this time of year, as an Environment Canada bar graph illustrates:

The historic ice coverage is causing some problems. U.S. Coast Guard cutters were needed to create a route to Marquette, Mich., along the shores of the 64-percent-frozen Lake Superior, so that coal could be delivered from Duluth, Minn., allowing the local mining industry to continue operations, CBS Chicago reports.

In Marquette Harbor, the ice is reportedly up to 2 feet thick, according to CBS. 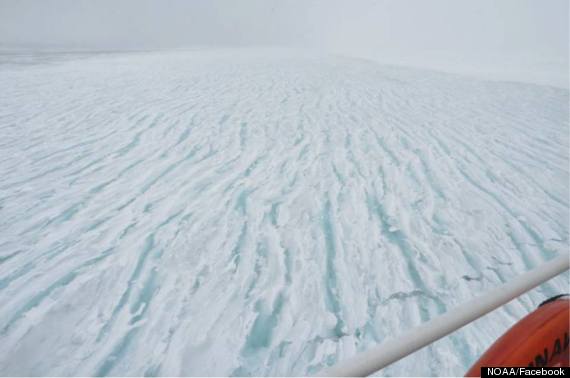 A formation of ice on Lake Superior in late March, as documented from a Coast Guard cutter. 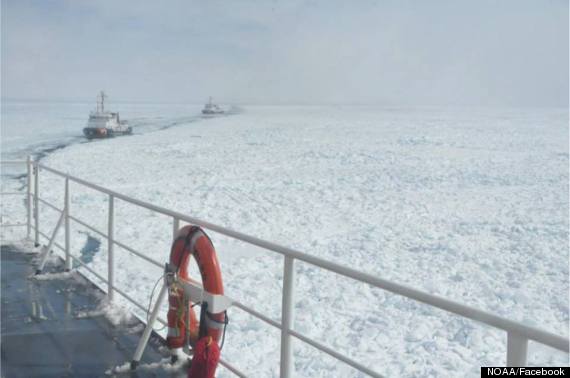 The ice is also being blamed for an "unprecedented" number of duck deaths in the region and there is a risk of major disruptions to the fish ecosystem due to delayed egg laying, The Atlantic Cities reports.

Meanwhile, in Menominee, Mich., some truly epic "ice shoves" -- free-floating ice being pushed onto land by high winds -- are another dramatic result of the ice coverage.

On the plus side, the ice coverage did make for increased tourism to the Apostle Islands sea caves in northern Wisconsin, so it hasn't been a total business killer.

Since 1973, the closest any previous April has come to this amount of ice coverage remaining was 1994, when 23 percent of the lakes were still frozen, according to the Weather Channel.